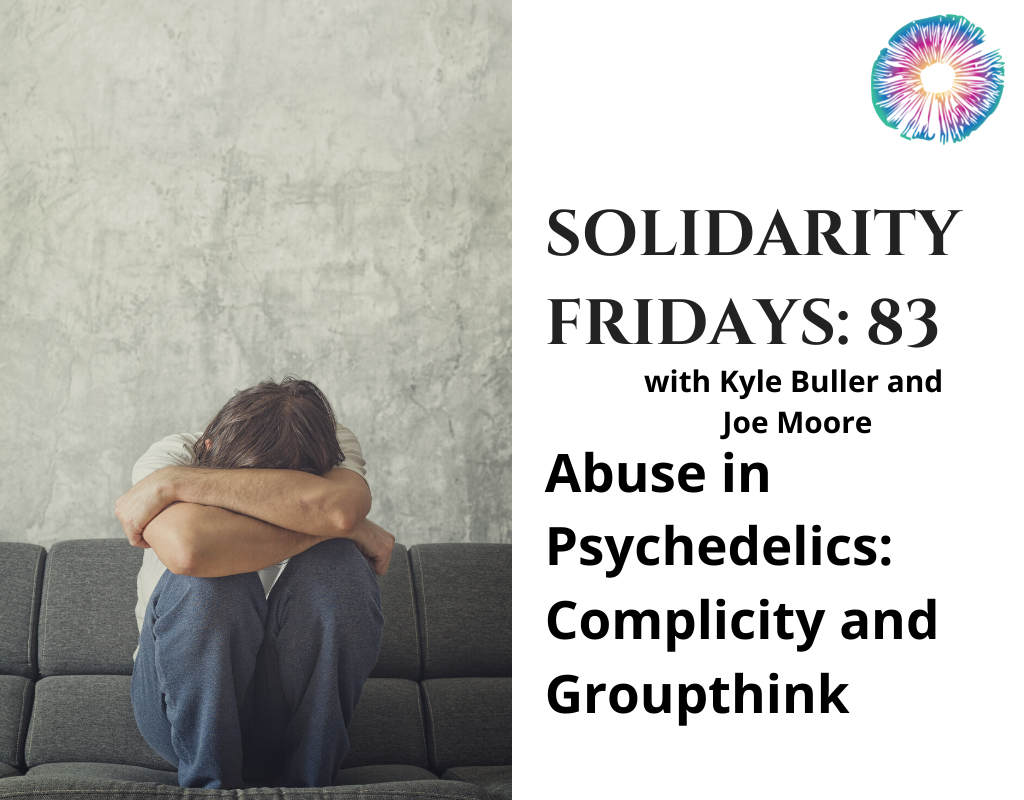 In this week’s Solidarity Fridays episode, Joe and Kyle have a serious discussion about abuse in psychedelics, talk about upcoming conferences, and even cover some news.

They’re both attending Wonderland this November 8-9th in Miami (and now both on panels too?), so they start the show by excitedly talking about that (use our affiliate link here to buy tickets to attend or stream at home).

But then things turn more serious, with discussion of the recent accusations of abuse against two prominent figures in this space by friend of the show, Will Hall – something you may have been wondering when we’d address (and which Joe wrote about in yesterday’s blog). They talk about the frustrations of not knowing what to do with stories people have confided in them, the complications of sexual energies coming out in psychedelic sessions, the cult-like mentality of protecting abusive facilitators, the politics of becoming a narc, the financial dangers of defamation, and how the best way to tremendously improve safety in psychedelic work would be to end the drug war.

And they cover some news: Bank of America canceling the account of the Scottsdale Research Institute likely due to their research of psychedelics; Prime Minister Boris Johnson considering legalizing psilocybin (which is actually pretty newsworthy); and legalization progress in Luxembourg, Switzerland, and East Hampton, Massachusetts.

“Going to bed at night knowing that I’m keeping my mouth quiet; is that complicity?” -Joe

“By doing this stuff, often, you are breaking the law and you expose yourself to a lot of legal risk. And by people inviting you into their world, they’re exposing themselves to tremendous amounts of legal risk. So there has to be this trust, and as soon as the trust is gone, what the fuck is left?” -Joe

“To feel good about yourself years later; the trick is to have integrity now, so you know you handled that situation to the best of your ability.” -Joe

“Don’t touch people without consent. If you’re going to do something where you’re touching people, make sure you have a lot of conversations (pre-dosing) about it. Maybe you need to totally re-vision how you’re doing underground intake. Maybe it needs to be a lot longer and you need to charge a little bit more to be able to allow for that kind of informed consent.  …Be very careful, please. Very, very careful — over the line with consent. Overboard with consent.” -Joe

Buy Wonderland ticket here (use code: PSYCHEDELICSTODAY for 20% off)

Vote for us (once a day!) for the Microdose awards!

Missoula: Rape and the Justice System in a College Town, by Jon Krakauer

Wbur.org: Easthampton is the fourth city in Mass. to vote to decriminalize psychedelics