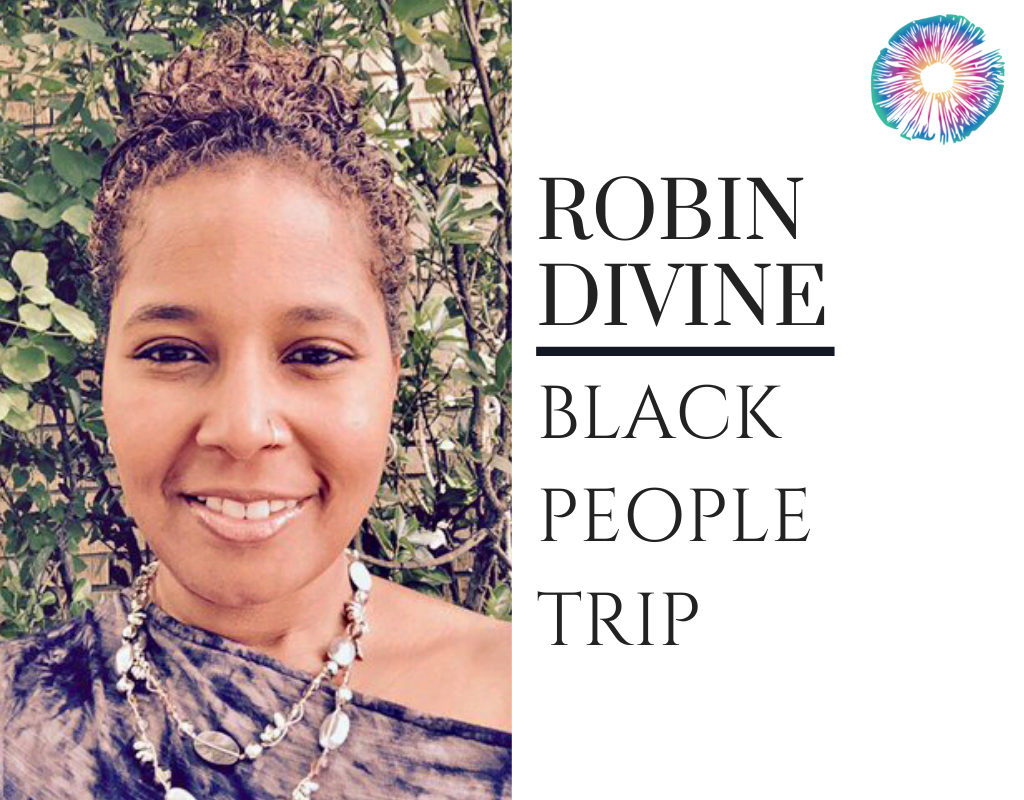 In this episode, Michelle and Joe interview writer, psychedelic advocate, and creator of the online community and non-profit, Black People Trip: Robin Divine.

In this episode, Michelle and Joe interview writer, psychedelic advocate, and creator of the online community and non-profit, Black People Trip: Robin Divine.

Divine talks about her path from pandemic depression and knowing nothing about psychedelics to becoming a figurehead, mentor, and people-connector through her Black People Trip Instagram account. She talks about how psychedelics are not seen as options in the Black community partly due to a fear of being arrested, but also because so few Black people are open about therapy, and even fewer talk about psychedelic use. She discusses ways to destigmatize psychedelics in the Black community, the challenges of quickly becoming a representative for others in a new field, the difficulties of living paycheck-to-paycheck and trying to take time to integrate an experience, the extra work and small pieces of “fuckery” BIPOC people have to deal with that so many people don’t think about, “The Gods Must Be Crazy”, Carl Hart, drug exceptionalism and privilege, and the racism of the drug war.

And she talks about all she hopes to do with Black People Trip: a 4-week course on the basics of psychedelics, safety, and trip-sitting, a psychedelic equity fund for Black women, a BIPOC-centered conference, and the continued encouragement of more Black people getting involved in this space. If you follow Black People Trip on Instagram, you know that her last few months have been, in her own words, “hot trash,” and she could use some help. Donate via her GoFundMe or Venmo (@divinerobin) to help her get back to helping others.

“I think it’s going to be on Black people to actually get out into neighborhoods and share their own stories and teach each other, because honestly, for me, it helps for me to learn from someone that has a shared history and that looks like me and that I can relate to. I don’t want to go to a conference and hear from a white woman that has a different life story than me. I just can’t relate to that. I can’t relate. It’s all love, but I can’t relate. …I did a very brief ad campaign on my own page just to share Black folks’ stories. People were like, “Oh yes, I want to see more of that.” And it was really so simple, but just seeing someone’s face that they can connect with made a huge difference.”

“I’ve had so many women tell me that they’ll go to a group and they’re the only one. And they’re like, ‘Yeah, it was fine, but I wanted somebody else there.’ So I really want to create spaces where we aren’t the only– we’re it.”

“We’re big on church. We love our church. I don’t, but a lot of Black folks do. And so the answer is supposed to be [that] if something is wrong, go to church. Pray it away, go repent or whatever we do, and mental health is not for us. Again, it’s something that white folks do. ‘We shouldn’t need that.’ So when people do go to therapy in the Black community, we’re seen as crazy, we’re labeled as weak, and who wants that? So we avoid it, and if we do go, we don’t talk about it. Me? I love therapy. I go twice a week. I tell everybody about it.”

“I think about my own family and our own history of trauma and how I can literally visibly see it just being passed down. And I think if we had been able to sit together, Grandmother, Mother, and me, and just do mushrooms or have MDMA, how different would our lives be right now?” 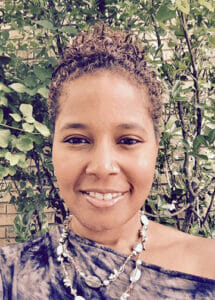 Robin Divine is a writer, psychedelic advocate, and the creator of Black People Trip: an online community with a mission to raise awareness and create safe spaces for Black women interested in psychedelics.

Robin discovered psychedelics last year as she searched for relief from the symptoms of chronic depression. As she became more involved in the community, she noticed a definite lack of diversity. As a result, she started Black People Trip. Her goal is to raise awareness about psychedelics in marginalized communities. She is also in the process of establishing the Entheogenic Equity Fund, a non-profit which will raise funds to help make psychedelic therapy more financially accessible and available to Black women. Donations accepted via Vemno: @divinerobin