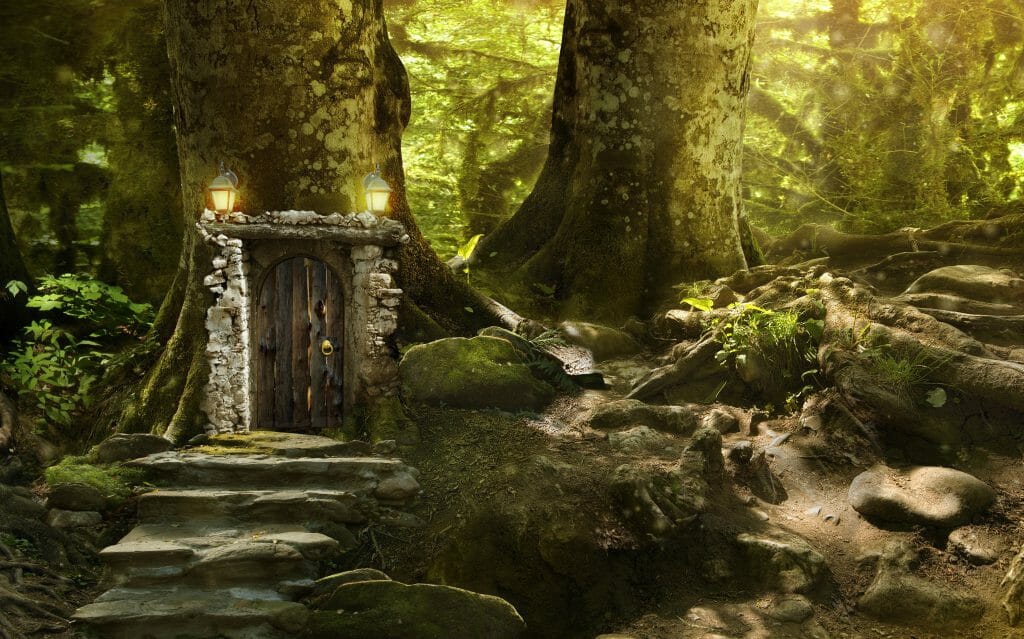 By Jerry B. Brown and Julie M. Brown

“There is something about the core of this experience that opens people up to the great mystery of what it is that we don’t know.”
-Roland R. Griffiths, Johns Hopkins School of Medicine

Both the Johns Hopkins and NYU studies of the impact of psilocybin on cancer patients found that “In both trials, the intensity of the mystical experience described by patients correlated with the degree to which their depression and anxiety decreased.”

In other words, research scientists have consistently occasioned mystical experiences ̶ “flights of the soul” traditionally thought to be beyond the scope of empirical science ̶ in clinical settings by administering high-dose synthetic psilocybin. Furthermore, it turns out that these experiences hold the key to positive patient outcomes in psychedelic-assisted psychotherapy. Let this enigma sink in for a moment.

In the 1960s urban legends began circulating, claiming that psychedelics could allow intrepid trippers to meet spirit guides, to travel to other dimensions, and even to know God. In fact, the new science of psychedelics was in part inspired by the mystical experiences of early psychonauts: Grof’s cosmic consciousness revelations on LSD in Prague; Harner’s near-death journey on ayahuasca in the Amazon; and Leary’s mind-expanding awakening on psilocybin mushrooms in Cuernavaca, Mexico, to name but a few. Over time, the ability of psychedelics to generate authentic mystical experiences was confirmed in three seminal studies.

The first, the Miracle of Marsh Chapel (also called the “Good Friday Experiment”), was a psychedelic research experiment carried out by Walter N. Pahnke under the auspices of Leary’s Harvard Psilocybin Project. On Good Friday 1962, Pahnke randomly divided twenty volunteer Protestant divinity students into two groups assembled in a small room in the basement of Marsh Chapel. In this controlled double-blind study, half the students received capsules containing thirty milligrams of psilocybin and the other half received a large dose of niacin (vitamin B3) as a placebo. The results were compelling. Almost all members of the group receiving psilocybin reported profound mystical experiences.

As Pahnke reports, “the persons who received psilocybin experienced to a greater extent than did the controls the phenomena described by our typology of mysticism.” He built a follow-up survey into the research design, which found that six months after the experiment the psilocybin subjects reported persistent positive, and virtually no negative, changes in their attitude and behavior.

The second study showed that the Good Friday Experiment would withstand the test of time and scrutiny by independent reviewers. A 25-year follow-up investigation conducted in 1987 by then-graduate student Rick Doblin, founder of the Multidisciplinary Association for Psychedelic Studies, documented that “all seven psilocybin subjects participating in the long-term follow-up, but none of the controls, still considered their original experience to have had genuinely mystical elements and to have made a valuable contribution to their personal lives.” Doblin concluded that Pahnke’s research on synthetic psilocybin “cast considerable doubt on the assertion that mystical experiences catalyzed by drugs are in any way inferior to nondrug mystical experiences.”

In assessing Pahnke’s research, Walter H. Clark, recipient of the American Psychological Association’s Award for contributions to the psychology of religion, writes “There are no experiments known to me in the history of the scientific study of religion better designed or clearer in their conclusion than this one.”

A third round of studies initiated more than 40 years after the Good Friday Experiment was conducted at Johns Hopkins School of Medicine under the direction of psychopharmacologist Roland R. Griffiths. In two papers, published in 2006 and 2008, Griffiths empirically demonstrated that psilocybin could regularly result in mystical experiences with lasting benefits for participants. These double-blind studies found that: psilocybin was safe in structured, clinical settings; generated one of the five most meaningful experiences for most participants; and produced improvements in mood and quality of life that lasted more than one year (up to 14 months) after the sessions.

Our understanding of the common elements in mystical experience is largely based on the insights of William James (The Varieties of Religious Experience, 1902) and Walter T. Stace (Mysticism and Philosophy, 1960). These elements were refined, validated, and incorporated into a 30-question operational definition of mysticism, the Mystical Experience Questionnaire (MEQ30) utilized in the Johns Hopkins psilocybin studies.

The five common elements of mystical experience are:

Since 2006, Johns Hopkins School of Medicine has been conducting the first research since the 1970s administering psilocybin to human subjects, including studies of personality changes and of psychedelic therapy for treating tobacco/nicotine addiction and cancer-related distress.

In 2016, Johns Hopkins undertook the largest ever study of psilocybin in treating chronic depression and anxiety among patients with life-threatening cancer. In this randomized, double-blind, cross-over trial, 51 patients were given a low placebo-like dose (1-3 mg/70 kg weight) vs. a high dose (22 or 30 mg/kg) in two sessions with a six-month follow-up.

In a Journal of Psychopharmacology article, Roland R. Griffiths, Matthew W. Johnson, and colleagues report that “High-dose psilocybin produced large decreases in clinician- and self-rated measures of depressed mood and anxiety, along with increases in quality of life, life meaning, and optimism, and decreases in death anxiety.” A six-month follow-up study showed that these results were sustained in most of the participants.

Some 70% of the cancer patients rated the high-dose psilocybin sessions as among the top five “most meaningful” and “spiritually significant” life experiences. In addition, their post-session mystical experience scores served as statistically significant predictors of therapeutic efficiency in reducing anxiety and depression.

The daughter of one study participant noted that “This opportunity allowed my dad to have vigor in his last couple of weeks of life ̶ vigor that one would think a dying man could not possibly demonstrate.  His experience gave my father peace. His peace gives me strength.”  These outcomes prompted Griffiths to observe that “It’s very common for people who have profound mystical-type experiences to report very positive changes in attitudes about themselves, their lives, and their relationships with others.” And to exclaim that “As a scientific phenomena, if you can create a condition in which 70 percent of the subjects achieve positive, lasting results…in one or two sessions!”

Julie M. Brown, coauthor of this article, is a psychotherapist who for thirty years worked with women’s issues and cancer patients. In her private practice, she utilized a variety of therapeutic modalities, including guided imagery which she studied under her mentor in psychosynthesis.

Typically, Brown’s cancer patients turned to psychotherapy after conventional treatments (chemotherapy, radiation, pharmaceuticals) failed to reduce or eliminate tumors. By combining guided imagery with a complementary cancer approach, Brown found clients could enter states of mystical experience that empowered both emotional (anxiety, depression) and physical (cancer) self-healing. The profiles and outcomes for three clients are summarized in this table.

Unlike the controlled Johns Hopkins study involving 51 participants, these three case studies were not validated by independent observers nor subjected to methodological controls. Nevertheless, the seminal role of mystical experience in both psychedelic-assisted psychotherapy and guided imagery psychotherapy raises important questions.

In the case of Brown’s guided imagery outcomes with cancer patients, significant questions are:

In the case of Johns Hopkins psychedelic therapy outcomes with cancer patients, significant questions are:

Will long-term, costly psychotherapy eventually be replaced by short-term, more affordable psychedelic psychotherapy?  Since short-term psychedelic therapy has achieved positive and sustained outcomes in 70% of the participants, based on one or two high-dose psilocybin sessions administered over several weeks, will it eventually replace long-term psychiatric and psychotherapeutic modalities which require years of treatment and cost thousands of dollars?

How Does Mystical Experience Facilitate Healing?

These rigorous psychedelic therapy studies of psychological stress reduction and anecdotal guided imagery therapy cases of physiological cancer remission suggest that mystical experience can facilitate both mental and physical healing. “How” this healing takes place is the theoretical Holy Grail of the new science of psychedelics.

Our quest to unravel this mystery begins with the insights of four mind explorers: Roland R. Griffiths, grandfather of the psychedelic renaissance; Robin Carhart-Harris, pioneer of psychedelic brain imaging; Stanislav Grof, founder of LSD psychotherapy; and Carl G. Jung, who with Sigmund Freud laid the foundations of modern psychotherapy.

In essence, Griffiths concludes that “the psilocybin experience enables a sense of deeper meaning and an understanding that in the largest frame everything is fine and that there is nothing to be fearful of.” How the brain expands from normal consciousness to encompass this “largest frame” is visually revealed in Carhart-Harris’s magnetic resonance imaging (MRI) of the brain’s neural pathways before and after ingesting psilocybin mushrooms. Psychedelics allow us to leave the “brain’s default-mode network,” the brain’s everyday information highways, and travel into areas of the mind only available in expanded states of consciousness, clearing the way for mystical experience.

Carhart-Harris: Brain’s Neural Pathways:
Before and After Magic Mushrooms

What is the source of this expanded consciousness?  Based on guiding thousands of psychedelic sessions, in The Holotropic Mind, Grof reaches this paradigm-shifting conclusion: “I see consciousness and the human psyche as expressions and reflections of a cosmic intelligence that permeates the entire universe and all of existence. We are not just highly evolved animals with biological computers embedded inside our skulls; we are also fields of consciousness without limits transcending time, space, matter, and linear causality.”

Jung’s concept of the “spiritual self” (also called “spiritual consciousness”) embodies knowledge that emerges from these transcendent “fields of consciousness.” Beyond Freud’s three-fold model of the self, comprised of the body, emotions, and intellect, Jung proposes the existence of a “spiritual self.” Through dreams, messages from the spiritual self are brought into awareness. This paper shows that, in addition to appearing in dreams, the authentic spiritual self may emerge through mystical experiences occasioned by psychedelic-assisted psychotherapy and guided imagery.

Mystical experiences arise when the doors of perception are flung wide open so that the spiritual self can emerge from the depths of the psyche, empowering us to heal and understand that in the cosmic scheme of things “all is well.”

Grof suggests that “the potential significance of LSD and other psychedelics for psychiatry and psychology was comparable to the value the microscope has for biology or the telescope has for astronomy.” We propose that, just as in astrophysics “dark matter” cannot be directly “detected” but only “implied” by gravitational effects, so in psychology, mystical experience cannot be easily “accessed” but can be regularly “occasioned” through psychedelics. Hidden from ordinary consciousness, mystical experience manifests from the dark matter of the mind.

Hopefully, these reflections on the role of mystical experience in psychotherapy will inspire further exploration of this unique phenomena that holds a key to health and well-being.

Jerry B. Brown, Ph.D., is an anthropologist and Julie M. Brown, M.A., LMHC, is a psychotherapist. They are coauthors of The Psychedelic Gospels: The Secret History of Hallucinogens in Christianity, 2016.