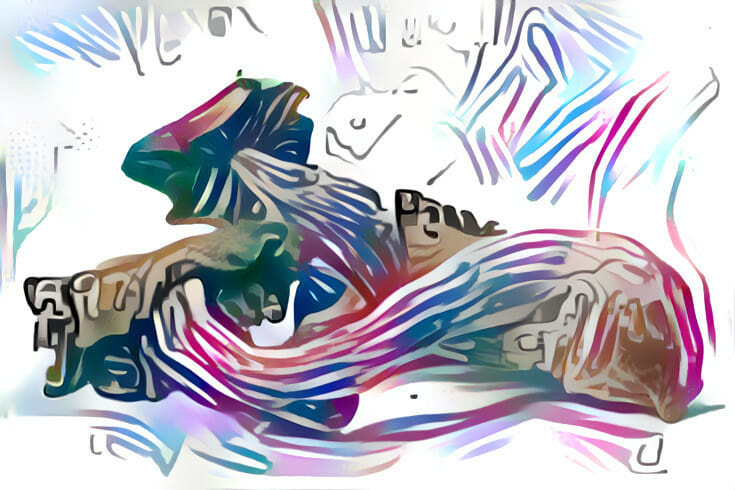 Psilocybin for depression is becoming a major avenue of clinical research. The Usona Institute out of Madison, Wisconsin is about to begin the largest psilocybin-depression study in the US. Part of the FDA’s drug approval protocol, this phase 2 clinical trial will test the magic mushroom compound in 80 individuals for safety and efficacy in treating major depressive disorder (MDD).

When Usona co-founder, Malynn Utzinger, MD presented at this year’s Horizons Conference, she explained that she and co-founder Bill Linton originally wanted to look at psilocybin for depression and anxiety in those with terminal cancer. But when they brought the idea to the FDA, the government organization basically said: Why limit yourselves to depression in cancer patients? And so they changed gears to research psilocybin for depression more generally.

“It is our duty to make sure a potentially effective medicine gets to the widest… group of medical need,” Utzinger said on stage. She went on to explain that depression affects 300 million people worldwide and is predicted to be the second-largest cause of medical morbidity by next year, to further show the need for this research.

So could psilocybin help those millions of people? Usona is hopeful, especially among the large portion of people with depression for whom traditional treatment, like anti-depressant medication, does not work. They’ve recently secured 7 clinical trial sites that will conduct this research and give qualified participants psilocybin along with therapeutic support. The sites are located around the US and include Johns Hopkins University in Baltimore, the University of California San Francisco, Yale University in Connecticut, University of Wisconsin-Madison, private testing sites in Chicago and Miami, and NYU in Manhattan – which is also the first site to complete training of facilitators and begin recruiting participants.

People are very interested in trying this new depression treatment. In fact, Utzinger said in her talk that over 6,000 people have volunteered for the 80 available spots in their phase 2 trial.

Although this is the biggest study in the US looking at psilocybin for depression, this isn’t exactly a new concept. Outside of clinical trials, folks have been reporting reduced depression symptoms from psychedelic experiences – and peak experiences in general – for a long time. In fact, a 2017 study that looked at lifetime psychedelic users in “naturalistic settings” (meaning outside of a trial, but whether it’s for fun or ceremony is unknown) found them to be less “psychologically distressed” and suicidal than users of other substances.

Over at Imperial College London, their team of psychedelic scientists have been looking into this even further, trying to figure out how psilocybin works for depression, both on a psychological and neurological level. Clinical psychologist from the Imperial team, Rosalind Watts, PhD and her colleague Ashleigh Murphy-Beiner, spoke right after Utzinger at Horizons, and presented a paper Watts authored which gives practitioners a framework for facilitating psilocybin for depression therapy, called the “ACE (Accept, Connect, Embody) Model.”

Watts developed this idea after facilitating participants’ psilocybin experiences during Imperial’s first psilocybin for treatment-resistant depression trial. During “psilodep 1” 20 people were given psilocybin-assisted therapy, and 19 had decreased depression symptoms at week 1 and nearly half at week 5. Plus, none of their participants began a new course of anti-depressants until after week 5.

Now, she tells Psychedelics Today over the phone that Imperial is halfway through their second study on psilocybin for depression; they’ve seen 38 out of “65, possibly 70” participants in a trial that’s comparing psilocybin to an SSRI antidepressant for depression treatment efficacy.

Psilocybin for Depression: The ACE Model

The ACE Model (which should be published before the end of the year) highlights psilocybin’s ability to promote psychological flexibility as a key function in how this therapy works. Essentially folks move from a psychologically rigid place where they’re stuck ruminating on negative thoughts to a more flexible, open, and accepting place, post-psilocybin session.

Watts describes it to me in terms of a ski slope. That our minds, or our “default mode network” is like a skier who follows the same path in the snow until they’ve become deeply ingrained grooves. Then a psilocybin-assisted therapy experience is like a snowplow that comes in and evens out the entire mountain. And so folks are suddenly freed from their ruminative ruts and now have the option to ski anywhere (or think about anything) they please. “They feel that they can think a different way. That they can have new thoughts and see themselves slightly differently,” Watts says. “They can have a sense of space and freedom, mental clarity, not stuck in those deep groves.”

It’s this same idea that her colleague at Imperial, Robin Carhart-Harris, PhD, made famous, that psychedelic experiences can “reset the brain” or “shake up the snow globe” allowing for new thoughts and perspectives. “It’s a disruption,” says Watts. “It’s actually that disruption that allows for a reset.” Yet, she explains that doesn’t happen so easily for everyone, and she doesn’t think it’s healthy for folks to go into these experiences with that expectation, because if they aren’t magically “reset”, they can be extremely disappointed.

“They’re often in very, very desperate states. Sometimes they haven’t been outside of their homes for years and their relationships have suffered and they’re feeling very isolated,” Watts says of the depression participants. “The amount of expectation and pressure that is on them for those experiences is huge.”

Therefore, in the ACE Model, they frame the whole experience in terms of a journey – rather than a reset – for participants, to try and lower the pressure and encourage the acceptance of all experiences as they come. That includes accepting challenging material that may arise as well as not making participants feel like a failure for “resisting” the medicine; in the ACE Model, it’s all part of the experience. And that’s where preparation and integration become critical to the whole healing process.

“It needs to be a therapeutic intervention where that person’s unique set of fears and hopes can be gently sat with, processed and held so that the person that’s sitting with them has some sense of the complexity of the whole scenario,” Watts explains. “Because so often the healing isn’t actually just in the trip, it’s in the environment, it’s in the relationships that you have in the room. And actually, often it’s as much about the narrative, the story you co-construct [as the psilocybin].”

When all the pieces come together, when people feel fully supported and understood, then psilocybin can help folks out of depression by helping them see themselves and their lives more clearly. The process can also include planning actionable steps during integration that participants can take to improve happiness, like being less hard on themselves and spending more time with community or in nature.

Watts described the psilocybin healing process in a 2017 paper as people “moving from disconnection to connection” or “from avoidance [of emotions] to acceptance” and that’s very much part of what they try to instill during the therapy sessions. The ACE Model also includes guided meditation, and during a preparatory session they have participants visualize a journey, often a diving expedition where they’re encouraged to go deep into the dark parts of their mind in search of pearls of wisdom. The therapists remind divers that pearls are often found in scary, prickly oyster shells, so it may not always be easy, but the value will be great and worth the struggle.

This process of psilocybin-assisted therapy for depression is personal, and experts like Watts and Utzinger both point out its high rate of success is likely as much about the deep connections participants feel with their therapists as it is about the effects of psilocybin. Unlike taking anti-depressant medications for depression – which tend to numb people’s feelings – psilocybin and the therapy surrounding it encourage people to dig deep into their emotional worlds to try and heal themselves from the inside out.

The Future of Mushrooms for Depression

Even though psilocybin-assisted therapy is working for people in initial studies, it’s often not a permanent fix. Watts says many people from her trial have found that their depression symptoms come back after a few months. However, when I ask her about this, and about the potential future of legal mushrooms for depression therapy, she’s hopeful folks will have more options, including opportunities to do psilocybin sessions once every few months or so. She also adds that she thinks there’s lots of room to develop integration practices for more long-term depression relief, which could include integration groups that go out and do meaningful activities together, like planting trees.

Obviously this is just the beginning of scientific research looking into this treatment. And hopefully, as law and science catch up with nature, there will be more options for folks to access this therapy for depression in the near future.

Michelle Janikian is a journalist focused on drug policy, trends, and education. She’s the author of Your Psilocybin Mushroom Companion, and her work has also been featured in Playboy, DoubleBlind Mag, High Times, Rolling Stone and Teen Vogue. One of her core beliefs is ending the prohibition of drugs can greatly benefit society, as long as we have harm reduction education to accompany it. Find out more on her website: www.michellejanikian.com or on Instagram @michelle.janikian.