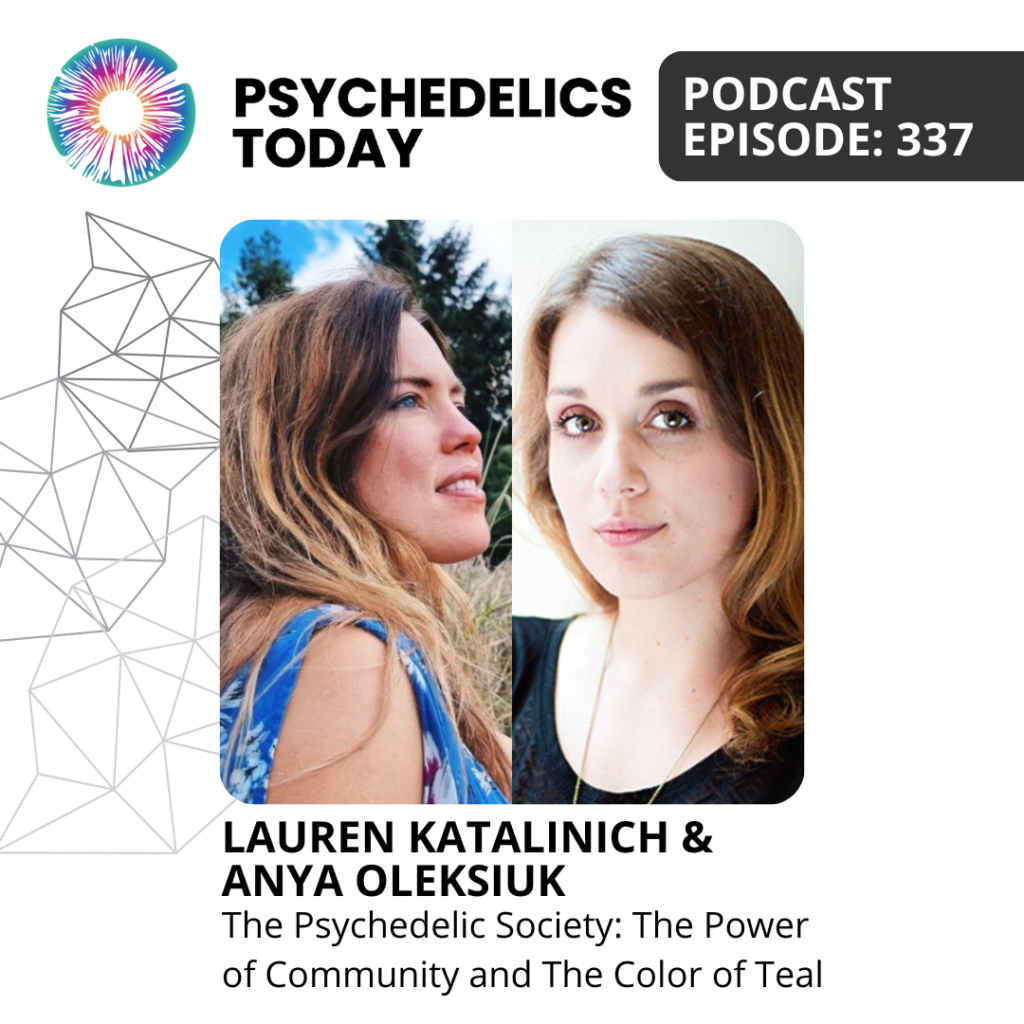 PT337 – Lauren Katalinich & Anya Oleksiuk – The Psychedelic Society: The Power of Community and The Color of Teal

In this episode, David interviews Lauren Katalinich and Anya Oleksiuk of the Psychedelic Society; a London-based website and educational platform that runs events and focuses on building the community so many people need after having a psychedelic experience.

In this episode, David interviews Lauren Katalinich and Anya Oleksiuk of the Psychedelic Society; a London-based website and educational platform that runs events and focuses on building the community so many people need after having a psychedelic experience.

They discuss their work with the Psychedelic Society UK and how people often come to them after going through a clinical trial, not knowing what to do with what they’ve experienced; and how sharing circles, integration techniques, the support of an understanding and knowledgeable community, and non-psychedelic practices like meditation, gong baths, and ecstatic dance have helped people to continue their “inside-out journey.” They talk about the power of connection, how part of integration work is simply being around people who get you, and the amazing conversations that can come about in a room full of people who share similar values and the common thread of having done psychedelics before.

Oleksiuk reflects on what keeps her pushing forward and what they’ve all learned  in the last five years, which is shown in her in-progress documentary, “The Psychedelic Renaissance” – a film that began as a campaign to remove stigma and help legalize and mainstream psychedelics, but has turned into a project more focused on harm reduction, the dangers of over-hype, and the worries so many of us have about psychedelics becoming a luxury product only for the rich. Perhaps one of the ways we can help this renaissance play out the way we want it to is to model our work lives the way the Psychedelic Society does, as a Teal organization (which David had never heard of, but sounds wonderful!).

“The challenge of integration is: when you are in the spiritual realm, there’s quite a big gap between the harshness of reality and the elevated state that you’re in, and you’re trying to bring some of that into your personality, into your actions, so that it can guide you in the right direction and so that you can have a sense of alignment. …What we’re trying to help people with is manifesting this beauty and perfection, really, that they’ve experienced, because it can be really harsh to come back, having seen and felt the potential.” -Lauren

“You see with talks that are being organized, more events, and even not completely psychedelic science-related stuff – the amount of gong baths and ecstatic dances multiplied so much in the last five years. It was so hard to find anything five years ago, and now they’re all over the internet and stuff. They’re everywhere. So there’s a massive change and shift in how people perceive psychedelics and psychedelic culture.” -Anya

“We live in a really distracted society, and I think the barriers to getting to that space of real openness and connectedness are high. So one thing that psychedelics can be great for is opening the door so that you know what that space feels like. …When I dance now, it’s familiar space because it was opened to me through psychedelics.” -Lauren

“I’m just asking: Where is the accessibility? …Where are the scholarships? This is kind of what we’re asking here. We’re encouraging the big boys to come with their money, but we encourage them to also remember about patients and integration and grassroots organizations and supporting people who were in this space for a long time.” -Anya

The Gong Bath: Everything You Need To Know

Vice.com: Can a Company Patent the Basic Components of Psychedelic Therapy?

Workology.com: What is a Teal Organization?

Reinventing Organizations: An Illustrated Invitation to Join the Conversation on Next-Stage Organizations, by Frederic Laloux 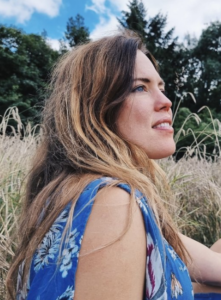 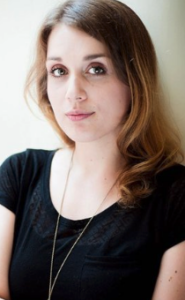 Anya Oleksiuk is a documentary filmmaker, host, and educator. She is a Co-Director of the Psychedelic Society UK, leading on video production, harm reduction, and education about psychedelics. She is also associated with the Psychedelic Society of the Netherlands and is a consultant for the Polish Psychedelic Society (Polskie Towarzystwo Psychodeliczne). Anya is a founder and director of Triptika Studios, which is a collective of independent filmmakers with interests in health, science, innovative solutions, mental health, drug advocacy, social and racial justice, and environment-friendly lifestyles. She is also the creator, director, and producer of The Psychedelic Renaissance – a not-for-profit documentary film about the worldwide re-emergence of the psychedelic movement and the crucial role of psychedelic substances, plants, and mushrooms in human culture.