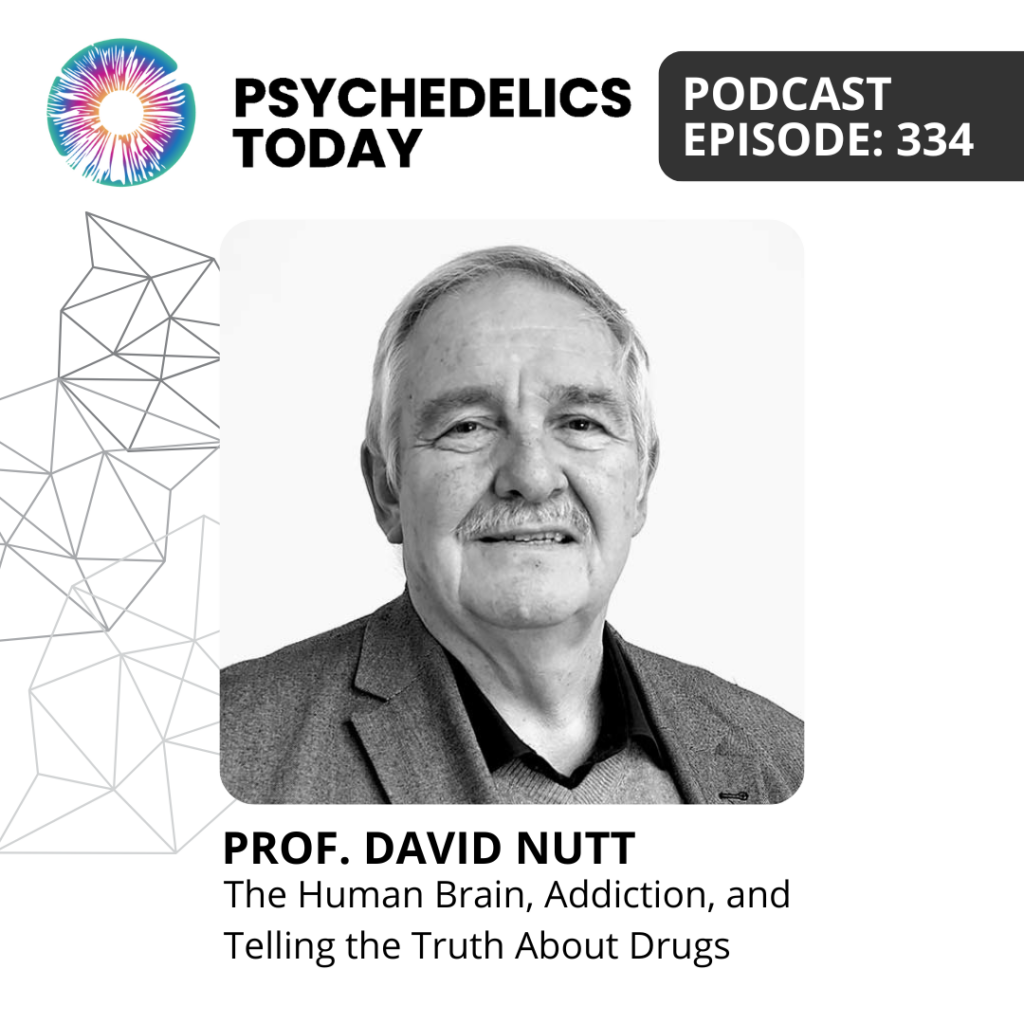 In this episode, recorded in-person at the recent From Research to Reality summit, David interviews one of the more well-known figures in the psychedelic space (who somehow hasn’t been on the show yet), David Nutt: Psychiatrist, Founder and Chief Scientific Officer at Drug Science, Chief Research Officer at Awakn Life Sciences, and Edmund J. Safra Professor of Neuropsychopharmacology in the Division of Brain Science, Dept of Medicine, Imperial College London.

In this episode, recorded in-person at the recent From Research to Reality summit, David interviews one of the more well-known figures in the psychedelic space (who somehow hasn’t been on the show yet), David Nutt: Psychiatrist, Founder and Chief Scientific Officer at Drug Science, Chief Research Officer at Awakn Life Sciences, and Edmund J. Safra Professor of Neuropsychopharmacology in the Division of Brain Science, Dept of Medicine, Imperial College London.

At Awakn Life Sciences, amongst other projects, Nutt is working to set up clinics for legal psychedelic therapy (so just ketamine for now), and, after a successful study on MDMA in the treatment of alcohol use disorder, he’s doing something nobody has really done before in seeing if improvements can be made to MDMA. He tells the story of when he was fired as chair of the Advisory Council on the Misuse of Drugs due to telling the truth about the differences in harm between alcohol, tobacco, and “bad” drugs like LSD and cocaine, which led to the birth of Drug Science (and embracing the truth about drugs even more).

He covers a lot of ground in this episode: how serotonin seems to affect the default mode network; glutamate, cortexes, and the flexibility in the human brain; Robin Carhart-Harris’ “Trial of Psilocybin versus Escitalopram for Depression” study and the realization that psychedelics were doing something different in the brain; Measure 109 and the importance of how Oregon establishes a new paradigm around legal mushrooms; drug hysteria in the US and UK and how drastically that differs from Portugal’s incredibly successful approach to drugs; why real world evidence is the core of science; and why psychedelics seem best at disrupting internalizing disorders.

“The reality is that the psychedelic impact on depression has been so powerful, it’s changed the whole narrative about how we think about depression. Our one study in [treatment]-resistant depression spawned 40 companies now [that] are working on psilocybin for depression, which is amazing. …It’s been a spark to this amazing expansion. Why? Because for the last 40 years, there’s not been any innovation in terms of mechanisms in treating depression, ever. All the drugs we have today are essentially safer derivatives of the drugs we invented in the 1950s. So this is a new approach, and that’s really, really exciting.”

“We’ve got to get our politicians, our policymakers to admit that these drugs should never, ever have been put in Schedule I. They were put in Schedule I [because] we said they were ‘very harmful’ (which they’re not), and they have no medical value (which they do), and it’s actually immoral now, reprehensible that politicians could not see that.”

“They just said, ‘Let’s try a different approach. Let’s try decriminalization and let’s treat drug addicts as human beings and help them get off the addiction rather than put them in prison.’ And that’s been one of the greatest success stories in the history of drug interventions. In the 15 years we have data since the Portuguese experiment was instigated, the Portuguese have reduced opiate deaths to one third of what they were before. In the same 15 years in Britain, using prohibitionist policies, we’ve doubled our deaths from opiates. And that, frankly, is an insult to humanity that we’ve pursued policies which we know are actually killing people.”

“Real world evidence is the core of medicine.”

Journals.sagepub.com: First study of safety and tolerability of 3,4-methylenedioxymethamphetamine-assisted psychotherapy in patients with alcohol use disorder

New England Journal of Medicine: Trial of Psilocybin versus Escitalopram for Depression

Psychedelics Today: Op-Ed: Re-evaluating the Results of the Recent Trial of Psilocybin vs Escitalopram for Depression

NYTimes.com: How a Man With a Van Is Challenging U.K. Drug Policy 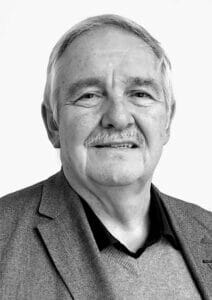 David Nutt is a psychiatrist and the Edmund J. Safra Professor of Neuropsychopharmacology in the Division of Brain Science, Dept of Medicine, Imperial College London. There, he uses a range of brain imaging techniques to explore the causes of addiction and other psychiatric disorders and to search for new treatments. He has published over 400 original research papers, a similar number of reviews and books chapters, eight government reports on drugs, and 36 books, including one for the general public, Drugs: Without The Hot Air, that won the Transmission Prize in 2014.

He is currently the President of the European Brain Council and Founding Chair of Drug Science. Previously he has been president of the British Association of Psychopharmacology, the British Neuroscience Association, and the European College of Neuropsychopharmacology. He broadcasts widely to the general public both on radio and television. In 2010, The Times Eureka science magazine voted him one of the 100 most important figures in British Science, and the only psychiatrist in the list. In 2013, he was awarded the John Maddox Prize from Nature/Sense about Science for standing up for science.