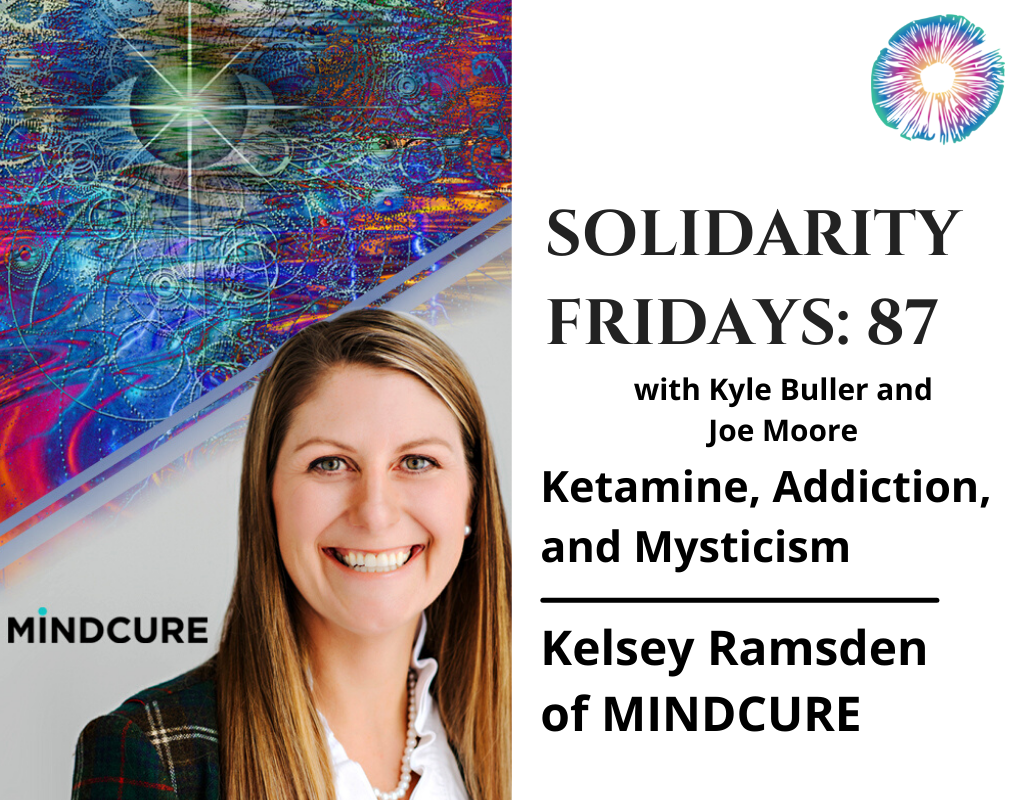 This week’s Solidarity Fridays episode is another 2-parter: A Joe and Kyle discussion followed by the recording of Joe’s interview from Meet Delic with CEO of MINDCURE, Kelsey Ramsden.

This week’s Solidarity Fridays episode is another 2-parter: A Joe and Kyle discussion followed by the recording of Joe’s interview from Meet Delic with CEO of MINDCURE, Kelsey Ramsden.

In part 1, Joe and Kyle address a recent issue with the Facebook group and a rather accusatory tweet, then discuss something most people who are excited about the prospect of ketamine as medicine aren’t talking about: whether or not ketamine is addictive and therefore a concern for people with substance-abuse issues. And they talk about a Vice article showing some of the shortcomings of Mindbloom and how they highlight the various issues with at-home ketamine therapy and what really counts as ketamine therapy vs. just simply using ketamine. And lastly, inspired by PT writer Zeus Tipado‘s tweet, they wonder if “mystical” is the word we should be using to describe the psychedelic experience – and is the mystical what we should always be striving for?

And in part 2, recorded in a White Castle parking lot in Las Vegas, Joe briefly speaks with Kelsey Ramsden, CEO of MINDCURE. She discusses iSTRYM, their app designed to use A.I. to examine real-time data from users and provide drug-agnostic insights and recommendations, as well as collect and update different protocols for physicians to use with clients. And she talks about MINDCURE’s other big piece, the Desire Project, which is researching MDMA (and possibly other drugs) to help with Hypoactive Sexual Desire Disorder (HSDD), an affliction that leaves women unable to feel sexual desire (and is much more common than you may think). MINDCURE will also be manufacturing synthetic ibogaine for research studies.

“It is interesting when I hear people talk about psychedelics and always wanting to talk or be oriented towards the mystical. …Is it always mystical? Is that something that we always need to point towards for these experiences?” -Kyle

“When my undergrad was going on, I was kind of obsessed with this idea of enlightenment, opening up the chakra system, kundalini experience, etc., because I was positive that once I had that, everything else in my life was going to be solved. …I found an intellectual runaround to the suicide thing. It was a spiritual, intellectual solution to my deep dissatisfaction to how my day-to-day was looking. So I was really obsessed with transcendence and mysticism and all this other stuff as a way to avoid my life – classical spiritual bypass. And people may wonder why I have a little bit of snark around this topic. It’s because I lived it. I was there, I was in it. I was not doing very healthy stuff on the regular and also having this kind of interesting transcendent thing I was looking for that would ‘solve everything.’ And that’s what people are looking for, is a single thing to solve their lives and then everything’s good from there. Well, no. You’re not going to get that.” -Joe

“I think the sleeper (the secret sauce, if you will) is the protocol catalogue: this idea that a therapist can unlock a variety of protocols in there for different patients and get personalized care at that level, as well as it lets all of us who are developing protocols and drugs get a new revenue line. …We have the content and we distribute it and so that allows us to pick up value at every segment of the value chain, and create an amazing product that can unify mental health care globally. That’s a big statement, but there’s no reason we can’t.”

“I think data’s going to move the science. We know that and that’s what we’re all working on. But story is going to move the culture. I was on a panel the other day and someone was smacking down one of the people who has enrolled a celebrity spokesperson. But for a segment of the population, we’re still in an echo chamber. We’re still in our small world. [Celebrities can move the needle] if it’s the right person with the right message at the right time, for the right audience. …If the right people can put their hand up and say ‘I did this, it helped me, it changed my life,’ and that makes someone explore it and make their own opinions? Amazing. There was someone like that for me.”

Be Here Now, by Ram Dass

Vice.com: Psychedelic Telemedicine Has Arrived. What Could Possibly Go Wrong?

Psychedelics Today: Dylan Beynon – Mindbloom: The Next Chapter in Mental Health and Wellbeing

Snowboarding to Nirvana: A Spiritual Journey, by Frederick Lenz

DMT and the Soul of Prophecy: A New Science of Spiritual Revelation in the Hebrew Bible, by Rick Strassman 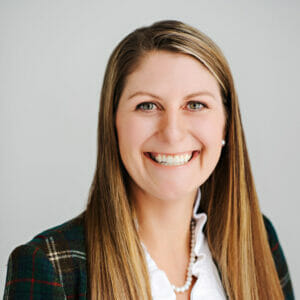 With Over 15 years founding, scaling, and operating innovative businesses across several industries, Kelsey Ramsden has built multiple eight-figure companies from the ground up. She is an experienced leader and acclaimed entrepreneur, twice recognized as Canada’s Top Female Entrepreneur of the Year. After serving as MINDCURE‘s COO, Mrs. Ramsden steps into the President and CEO role as of December 1, 2020. She possesses a thorough understanding of the mental health industry and a clear vision of where it is going.