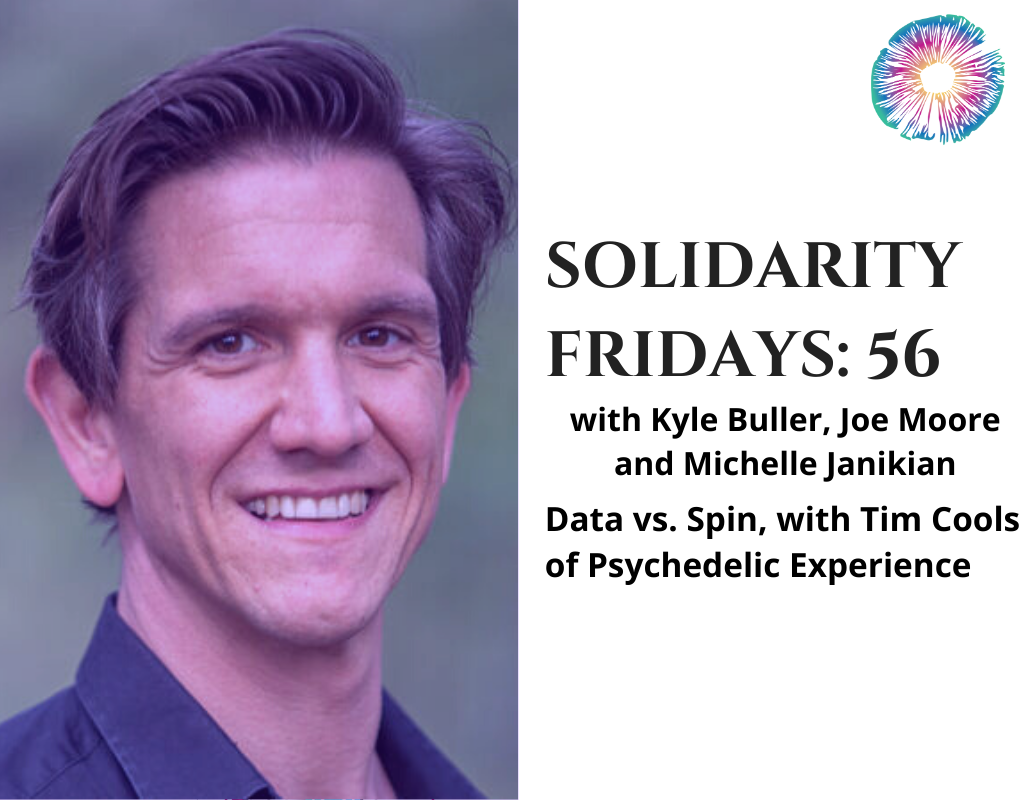 In this week’s Solidarity Fridays episode, Kyle, Joe, and Michelle are joined by Tim Cools of PsychedelicExperience.net, a not-for-profit website that aims to be both an open data source for researchers, as well as a Trip Advisor/Yelp-style review site for retreat centers and facilitators that will actually allow negative reviews (something that’s oddly rare in similar sites). While the site is live now, they are having a re-launch event on Saturday, streaming the documentary, “Psychedelia,” followed by a live panel discussion with “Psychedelia” director Pat Murphy, Cools, and David Luke.

The team first discusses a recent Forbes article that reported Beckley Psytech teaming up with Fluence (a psychedelic education organization that trains mental health providers) for the first 5-MeO-DMT training program, and how it felt like a press release that was both pushing 5-MeO-DMT while also ignoring many of its more important aspects.

They then move on to The New England Journal of Medicine’s recent “Trial of Psilocybin versus Escitalopram for Depression” study and the way it was reported, highlighted in a reaction blog by one of its authors: Dr. Robin Carhart-Harris. This leads to a discussion on how these studies (whether intentionally or not) so often bury important information deep within these papers, including study-related deaths. And they review responses from Katherine MacLean and Rosalind Watts that perfectly illustrate the importance of community, the efficacy of in-depth therapy, and the shortsightedness (and danger) of treating psychedelics as miracle cures.

“We should have this open science to try to prove these things, but maybe the clinical model isn’t really where we need to be proving that this works. Maybe in the community model, we’re going to see more effective results. And we won’t be able to have that until it’s legal and therefore safe for everyone to participate in.” -Michelle

“I’m not totally against these capitalist groups, I’m just kind of against their fuckery and manipulation and hiding data, kind of lying in a way- selling us things but having a lot of lies hidden in the closet.” -Joe

“I think that tripping is a skill …and that you should practice that skill- build those muscles, and then maybe it can happen for you. But we shouldn’t sell it as: ‘You take a psychedelic, you have a mystical experience, you’re never depressed again.’ That doesn’t sit right. That doesn’t usually happen.” -Michelle

His last appearance on the podcast: Tim Cools – The Yelp of Psychedelic Organizations & Retreats

Nejm.org: Trial of Psilocybin versus Escitalopram for Depression

Mydelica blog: Data vs spin: commentary on “Trial of Psilocybin versus Escitalopram for Depression”

Psychedelics Today: The “Equity Elephant”: Why Psychedelic Mutualism and Cooperatives are Crucial for an Accessible Future 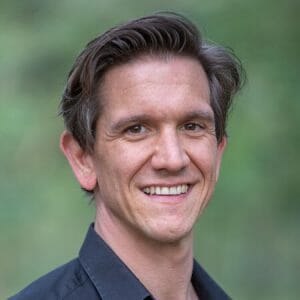 Tim is a conscious entrepreneur and psychedelic coach. After experiencing the profound transformational power of Ayahuasca in 2015, he realized his purpose is to advocate safe and responsible use of psychedelic plants and medicines: this is how Psychedelic Experience was born! He has over two decades of professional experience developing industrial-grade software in various industries, including smart homes, energy, payroll and logistics. In 2018, Tim re-trained himself as a psychedelic integration coach and guide, hosting legal psychedelic sessions and retreats in the Netherlands. Tim’s interests are software architecture, psychedelics and plant medicine, non-dualism, mindfulness, and helping people to reduce their suffering and improve their well-being.