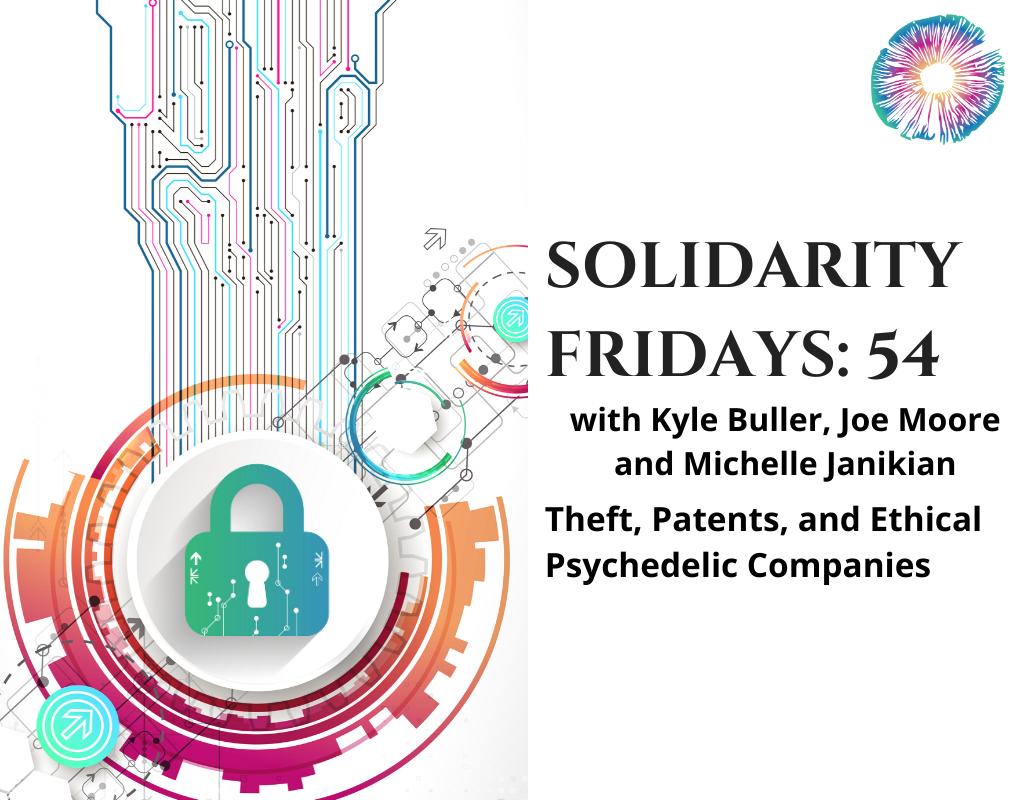 In this week’s Solidarity Fridays episode, everyone’s back and so is the news.

In this week’s Solidarity Fridays episode, everyone’s back and so is the news.

They cover California Senator Scott Wiener’s SB 519 bill to decriminalize psychedelics statewide (which is the first time a decriminalize bill has been put through and passed by lawmakers instead of ballot initiatives), a 3rd Massachusetts city decriminalizing psychedelics, an article pointing out how the various flaws in our capitalistic world also thrive in the psychedelic world, and a TIME magazine article on ibogaine and Marcus and Amber Capone’s VETS organization (that curiously didn’t mention Marcus’ 5-MeO-DMT use or iboga’s endangered status).

But there are 2 big articles that lead to the most discussion this week: first, Psymposia’s article about Third Wave’s Paul Austin stealing provider information (possibly including Kyle’s) from Psychedelic.support and MAPS and the ethics of doing something like this, and second, Vice’s article examining patents and ethics within the psychedelic world. How can companies be profitable while also being ethical? How can a company grow within a capitalistic society without falling into the greed traps of our Western ways?

And although he doesn’t call it out, this episode features the return of this show notes writer’s favorite PT segment, Joe’s Paranoid Update- this time about the chaos that could ensue if the Colorado River dries up.

“We can work on ourselves, but does that ultimately heal the society when these systemic issues are at play which continue to make us sick? It just feels like this endless feedback loop. …If we’re just focused on our individuation and not actually engaging and participating in the community, in the society, then what are we doing the work for? Are we just doing it for our individual selves?” -Kyle

“Representation matters so much and it affects people’s self-esteem and self-worth when they don’t have it there, because they don’t think that that’s ever going to be a possibility for them. It just felt so good to be able to put that article out there and to represent some different types of people in this space and highlight their really important and often overlooked work. And we’re going to continue to do it.” -Michelle

“It really is just this cool new therapy for the affluent class [that] Compass [Pathways] wants, and that’s how you make the most money. But I think that if you were an ethical psychedelic company, that wouldn’t be the goal. That wouldn’t be the mission, and you wouldn’t dress it up all in this B.S. language.” -Michelle

“I do feel like we’re in the middle of something really powerful and it can either really change everything or… not. I just hope that we, as a community, keep our eye on the prize, which is like- it’s more than psychedelics. It’s cultural change, societal change.” -Michelle

Psymposia.com: The Third Wave’s Paul Austin Has Been Accused of Stealing Information For His Psychedelic Provider Directory

How to Be an Antiracist, by Ibram X. Kendi

Time.com: Inside Ibogaine, One of the Most Promising and Perilous Psychedelics for Addiction

Psychedelicstoday.com: Comparing 18-MC vs. Ibogaine for the Treatment of Substance Use Disorder

Vice.com: Is it Possible to Create an Ethical Psychedelics Company?

The Water Knife, by Paolo Bacigalupi