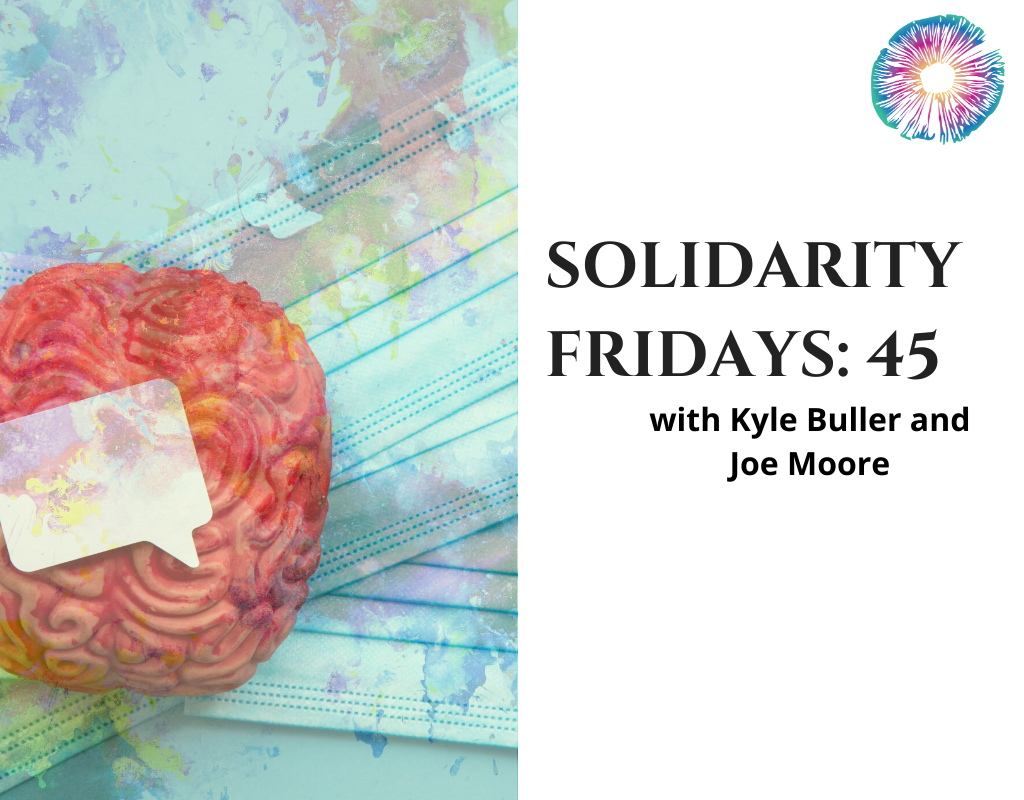 In today’s Solidarity Fridays episode, Kyle and Joe first talk about some great news stories pushing forward the psychedelic movement: Massachusetts General Hospital creating the Center for Neuroscience of Psychedelics with backing from Atai Life Sciences, Florida pushing forward a bill to establish a legal therapeutic-use psilocybin model similar to Oregon’s (with a task force responsible for studying psilocybin), Connecticut pushing forward their own much simpler bill to establish their own psilocybin-studying task force, and a recent study using fMRI to examine brain connectivity that found that under the influence of LSD, the relationship between anatomy and brain structure on brain function (similar to phrenology) weakens, thereby allowing the brain to explore other functional connectivity patterns.

They then dive into the hot and oddly polarizing topic of ayahuasca centers continuing to hold ceremonies with as many as 80 people and 3 sessions a week during a time when people should be doing their best to avoid large groups for the hopeful eradication of the constant thorn in our side known as Covid-19. Even for centers testing people before allowing entry, tests aren’t 100% accurate, and that only really addresses people’s time at the center and not the travel and interactions afterward. When considering risk management and harm reduction, do people attending these events really need to do this now? Could talk therapy or breathwork over the internet (or taking LSD or psilocybin safely with a trusted friend) be a temporary tide over until gathering in large groups is safe again? What’s ethical here?

And they let us know about what’s going on at Psychedelics Today: the next round of Navigating Psychedelics for Clinicians and Therapists (beginning March 11th (yea, 311!)), a giveaway to win 2 Sasha Shulgin books, a “Light Years” panel discussion on February 12th with director, Colin Thompson, 2 new class offerings, and a project to help religious leaders learn more about psychedelics.

“A lot of people fear that folks like you and I and the psychedelic culture at large might destroy this whole medicalization thing by perhaps being too reckless, making regulators nervous. But I think because a huge money company like Atai and Mass General are working on this (and there’s so many other big institutions), that this is the kind of ballast that would resist any kind of backslide into a deepening of the drug war. …This is a nice way to say, ‘Ok, we can’t really go backwards from here.’” -Joe

“Politics is regularly about gambling: ‘What is going to be politically popular, possibly make a big difference, or get me re-elected?’ And it’s kind of a weird political calculus that people have to make. The fact that politicians in these states are willing to put their name on the line and say, ‘Hey, I believe in this. I think you should too’- that’s a pretty big deal. They’re spending their political capital. Whereas years ago, it would have been maybe, ‘Let’s stop the Iraq war,’ now, it’s: ‘Let’s get these people treatment with psilocybin’ and that’s really cool progress.” -Joe

“When you’re talking about magical thinking and ‘The spirit of ayahuasca’s going to protect me,’ well, I guess we have to look back into history- did shamanistic beliefs help protect a lot of Indigenous people that fell ill from a lot of the European sicknesses and disease that came over in the early years? … A lot of people died from illness being transmitted within those communities.” -Kyle

Bostonglobe.com: Mass General to conduct research on how psychedelics affect the brain

Mindmatters.ai: Why Pioneer Neurosurgeon Wilder Penfield Said the Mind is More Than the Brain

Brainpickings.org: William James on Consciousness and the Four Features of Transcendent Experiences

Entheonation.com: What Are the Coronavirus Risks with Ayahuasca Ceremonies?