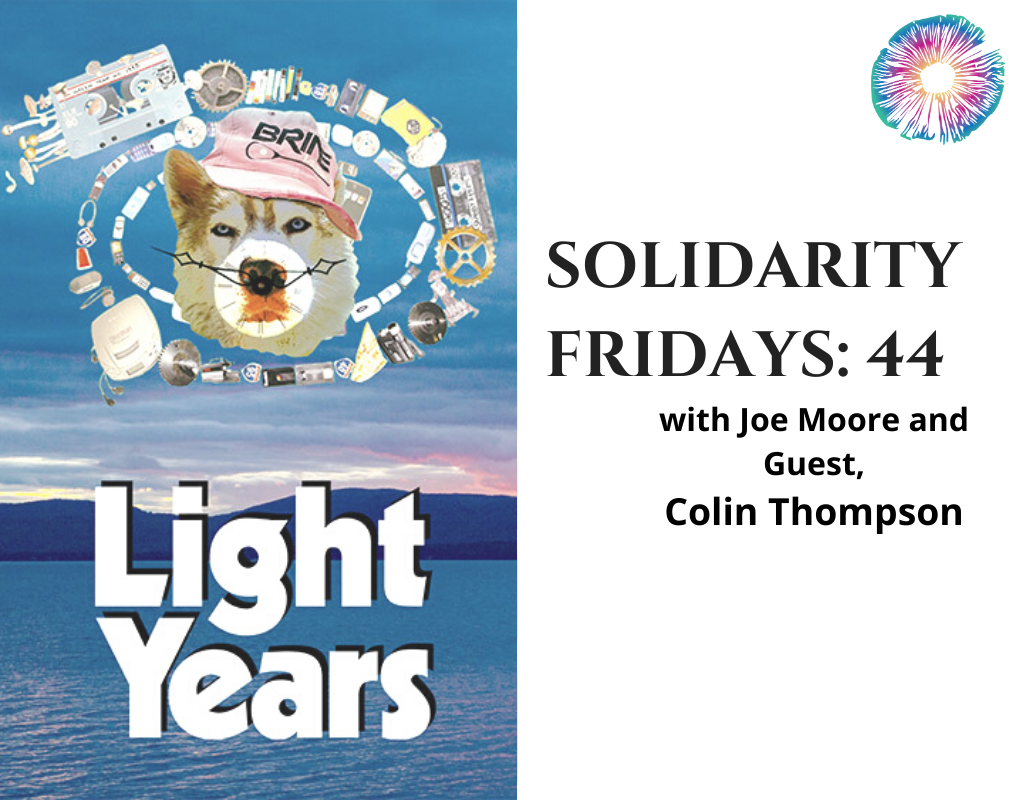 Thompson, a very sarcastic and down-to-earth writer and director, talks about his past films, the trials and tribulations of making a movie and trying to sell it, how Free Association got involved, Phish, Rickie Lee Jones, and the importance of good music to film, how a heroic dose of mushrooms and a sunrise hike helped him complete the movie, why there aren’t more psychedelic films, and how it came to be that he ended up playing nearly every part in a movie that he originally didn’t want to be in at all.

“Light Years” is summarized on imdb.com as: “A thirty-something man goes on an annual cosmic vision quest to visit a dead friend. But a stick gets stuck in the spokes of his psychedelia and in every face, friends and family alike, his own looks back at him. All but his dead friend.” You can buy or rent Light Years on Amazon.

“I wanted to make ‘Superbad,’ but on mushrooms.”

“There is a lot of hysteria, obviously, in tripping your nards off, but also, with the waves and the troughs of a trip, it’s a lot like the conflict resolution that you want with every scene in a movie that you’re just kind of bouncing in and out of. And anything that doesn’t have that kind of conflict gets left on the editing room floor. So you always want that push and pull.”

“We did this little kind of animated short. It’s longer than it feels. It’s on the lightyearsmovie.com page. If you scroll down a little bit, it’s called “I was not supposed to be in this movie.” And there you see me. And I do an explanation on how this all came to be. It’s like a lengthy trailer and a disclaimer, that is much like the last almost 38 years of my life: one lengthy disclaimer.”

Bandcamp.com: the range of light wilderness