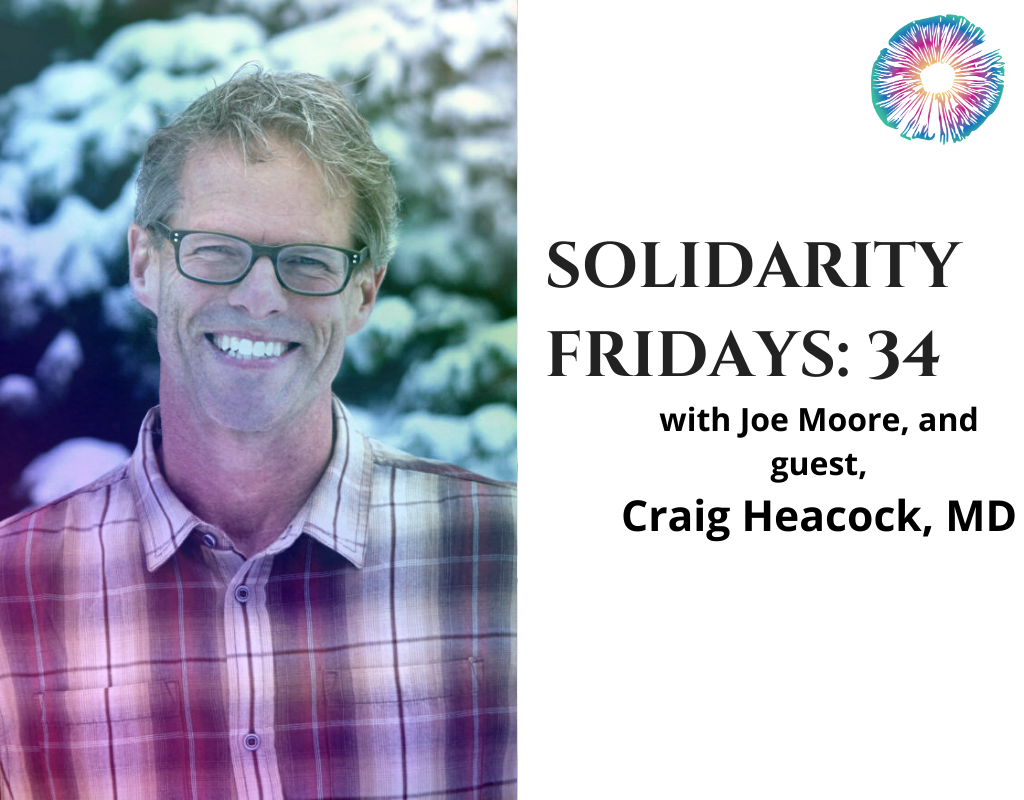 Will Hall’s 2 recent SF episodes spurred a lot of conversation, and led to Heacock reaching out to Psychedelics Today to counter some of Hall’s points, and stand up a bit on behalf of psychiatry. He feels that while psychiatry isn’t perfect, saying to replace it isn’t helpful, and doesn’t feel that anyone in psychiatry is saying a pill will fix anything, but rather, that if psychedelics can help people get in touch with buried trauma (something that typically takes a lot of time and relationship/trust-building and often still doesn’t work), then shouldn’t we not only be treating them like medicine, but also learning as much as we possibly can about them?

He points out some of the most obvious flaws with our model of psychiatry (and how we deal with mental health in general), discusses the barriers stopping physicians from learning more about ketamine, looks at the “spiritual emergency vs. psychotic break” argument from a different perspective, talks about what he sees in his practice and how much ketamine has helped his clients, and really brings home one of Will Hall’s main points from a different perspective- while Hall talked about how science isn’t always the answer because of how much nuance there is from person to person, he points out the amount of nuance in how mental health physicians treat clients, how clients arrived at their mental state in the first place, and how differently they respond, both with or without psychedelics.

Whether you felt Will Hall brought a lot of interesting ideas to the table or hated those episodes, this is the yin to those episodes’ yang.

“We may never understand the mind-brain connection fully, but don’t we want to try?”

“We’re finding with ayahuasca work (a lot of psychedelic work) that some people are going to these sessions and their conscious brain is saying ‘oh yea, there’s no trauma,’ and we’re finding out that there’s some serious trauma that’s just underneath the surface. And again, if we don’t know that, how can we get to the roots of anything? …Almost like we use a CT scan to see what’s happening in your innermost self, it’d be interesting to think of using psychedelics as sort of a psychological diagnostic tool to say: ‘Is there trauma in there?’”

“When Will is saying, ‘Why are we trying to address trauma with a pill?’ I don’t think any of us are. I don’t think anybody on the MAPS study or I don’t know, people in the psilocybin studies- I really don’t think anybody is thinking, ‘Ooo we’re going to fix PTSD with psilocybin!’ or ‘We’re going to fix trauma with this 150 mg MDMA capsule!’ Nobody’s thinking that. What we’re thinking is: this is a catalyst, [and] resources are limited. …We need to get in there quickly and get working on this, and that’s what’s so exciting to me about psychedelics coming online with mental health, is that we can get down to business quickly and not have to spend so much time trying to get past these defenses.”

“Capitalism is messy and psychiatry is messy and psychedelics are messy and people are messy, and isn’t that ok? Can’t we just accept that and not default to this sort of pan-negativism and finger-pointing and blaming? Because, again, we’re all on the same team. We want the same thing. We want people to thrive and we want to dial down psychological despair as much as we can.”

Back From the Abyss podcast