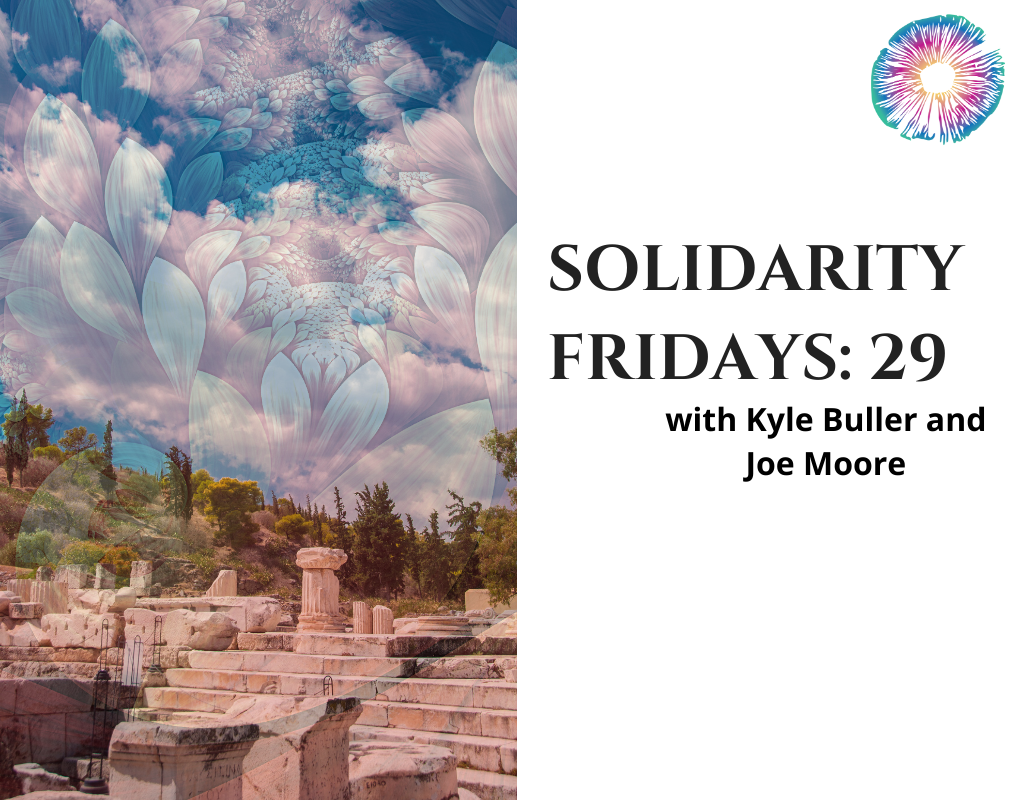 In today’s Solidarity Fridays episode, Joe and Kyle sit down and discuss a recent segment on CNN highlighting Brian Muraresku’s book, The Immortality Key: The Secret History of the Religion with No Name,” about the role of psychedelics have played in the origin of religion and western civilization. They talk about psychedelics throughout history, like the Eleusinian Mysteries, soma use in Hindu scriptures, therianthropy and the idea of psychedelics leading towards these human-animal hybrid visions, and even the idea that Moses was huffing acacia or some other type of mind-altering plant available in that area. Does it matter to the movement if all of this is historically accurate? And why do we romanticize ancient psychedelic use so much?

They briefly highlight Michigan’s poison center putting out a statement warning of potential risks of using psychedelics after Ann Arbor just decriminalized several plant substances, and point out that while this looks like a negative scare tactic, it really highlights some important harm-reduction information many people new to all of this likely don’t know.

They then spend a lot of time on a very important and unpleasant topic- accountability for misconduct in the psychedelic space: with no huge or well-known Yelp-like website to review facilitators or retreat centers, and abuse (or at least unethical relationships) seeming to be very common in the therapeutic world, what’s the best way to handle abuse and abusers? In the legal therapeutic world, there are at least licensing boards to contact or police to reach out to (since nothing illegal would be tied to the victim). Is the answer excommunication? Restorative justice? Some sort of mediator? Filming everything for the protection of both sides? Whatever the ideas, the conversation needs to continue and louder voices need to be a part of it.

And Kyle lets us know that he’s been taking ketamine-assisted psychotherapy training at Polaris Insights center, Alex Grey just followed him on Twitter, and Joe introduces a possible new Solidarity Fridays segment, “Joe’s Paranoid Update.” And reminder- there is a new 15-week online course offering called An Introduction to Philosophy and Psychedelics with Lenny Gibson, which begins October 28th.

“I didn’t really grow up very religious, so I’m curious- the people that did and may not understand this indigenous kind of perspective of using plants to alter consciousness and have some sort of relationship with the universe- I wonder how that came off to them, seeing this on CNN.” -Kyle

“What is it about that that is so intriguing to us at times? I know for myself, looking at a lot of Indigenous cultures or ancient traditions helped me kind of provide a framework for understanding some of these experiences that maybe western traditions kind of have but don’t really have. Maybe I found more comfort in these traditions, but to say they have all the answers because they were possibly doing some of this stuff, I think could get a little tricky at times. Like, why do we want to romanticize the past so much?” -Kyle

“I forget who said this, but one of the worst things you can be in the psychedelic space is a narc. So how do you balance ratting on somebody when they’re regularly sexually abusing somebody or have a pattern of at least doing it once in a while? Sure, they might have helped 50 people- great. But the 3 people they raped; it wasn’t very helpful for them. And how do we deal with that? In the therapy world, with licenses and whatnot, you’ve got the police to go to, you’re not doing illegal activity, you’ve got a licensing board that kind of thumbs up/thumbs down them, and like, Yelp too- you can actually go on and say ‘Hey, I had a really bad time with Joe on September 12th. Perhaps you don’t want to go see this person. This is what happened.’ And in the underground, we don’t really have that.” -Joe

“I think Dimitri Mugianis mentioned this to us: what kind of movement is it that would cover up rape to achieve its ends, and serious sexual misconduct? And victims have been told: ‘If you out this rape, this is bad for the movement, so please don’t do it.’ Are you fucking kidding me? No. Absolutely not. If someone raped you, [that’s] not ok.” -Joe

“We’re not waiting on the FDA to get our ethics together. Ethics can happen right now.” -Joe

Forbes.com: Apple iOS 14: Brilliant New Security And Privacy Features You Can Use Now

Cnn.com: Did hallucinogens play role in origin of religion?

The Immortality Key: The Secret History of the Religion with No Name, by Brian C. Muraresku

DMT & the Soul of Prophecy A New Science of Spiritual Revelation in the Hebrew Bible, by Rick Strassman

Ancient-origins.net: The Dogon’s Extraordinary Knowledge of the Cosmos and the Cult of Nommo

The Science of the Dogon: Decoding the African Mystery Tradition, by Laird Scranton

Missoula: Rape and the Justice System in a College Town, by Jon Krakauer

Bipolar and Psychedelics: An Investigation into the Potential and Risks, by Michelle Janikian