Not All Ayahuasca is Made Equal 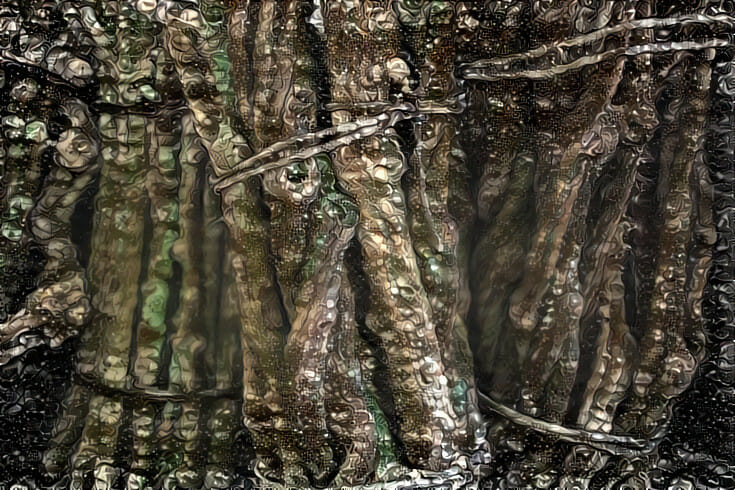 As the use of ayahuasca becomes increasingly widespread, the Amazonian vine has extended its roots beyond the traditional indigenous and religious contexts of South America, lending itself to a newly evolving field of practice. However, the economic viability of ayahuasca ceremonies combined with the vine’s complicated legal status opens the field to a plurality of malpractice, particularly when it comes to what practitioners actually serve in the cup.

A Closer Look at the Chemical Composition of Ayahuasca

Ayahuasca, otherwise known as yagé, is perhaps one of the most curious hallucinogenic plants of the Amazon, known for its powerful psychoactive effects and healing capacities. Generally, when we refer to ayahuasca, we refer not only to the woody liana Banisteriopsis caapi, but the visionary decoction made by pounding its stems and boiling them together with various plant admixtures.

Typically, ayahuasca, as prepared by the syncretic ayahuasca churches of Brazil, the Santo Daime, União do Vegetal, and Barquinha, only contains B. caapi and P. viridis (Psychotria viridis). However, it is increasingly common to encounter additional plants in brews made by the indigenous groups in Peru, Ecuador, and Colombia. For example, Colombian yagé is made with an entirely different DMT-containing admixture plant, Diplopterys cabrerana, which produces mild qualitative differences in terms of effect.

The psychoactive compound DMT is inactive when ingested orally, as it is the enzyme monoamine oxidase (MAO) in the gut that breaks down the vision-inducing ingredient before it is able to cross the blood-brain barrier and make its way into the central nervous system. However, the vine itself contains the beta-carboline alkaloids harmine, harmaline, and tetrahydroharmine (THH), of which harmine and harmaline are monoamine oxidase inhibitors (MAOIs). Chemically speaking, the alchemical essence of ayahuasca rests in the mixing of monoamine oxidase inhibitors (MAOIs) present in the alkaloids of the B. caapi vine with a DMT-containing admixture plant.

Their study, yet to be published, analyzed changing distributions of DMT, harmine, harmaline, and tetrahydroharmine (THH) across 102 ayahuasca samples. These samples were taken from different locations in Europe and Brazil, spanning across different traditions including indigenous shamanic, Santo Daime, and neo-shamanic.

Interesting tendencies emerged based on the traditions from which the samples came, with indigenous brews showing a balanced ratio between the concentrations of DMT, THH, and harmine. Samples that came from the ayahuasca religion, Santo Daime, also showed a similar balance between chemical compounds, although some brews tended towards increased concentrations of DMT.

However, when it came to brews received from neo-shamanic facilitators of different backgrounds, there was notably more variation between chemical constituents, and on average, they contained substantially greater concentrations of DMT than indigenous brews.

Of the 102 samples, 39 were further tested for additional additives and contaminants, with several brews from neoshamanic practitioners found to contain Peganum harmala (Syrian rue) and the DMT-containing Mimosa tenuiflora, otherwise known as jurema. Similar to the ayahuasca vine, Syrian rue contains the MAOI, harmaline. The combination of the MAOI in Syrian rue with the DMT-containing M. tenuiflora mimics the chemical composition of ayahuasca, being a well-known ayahuasca analog or “anahuasca.” The substitution of P. viridis with M. tenuiflora contributed to the higher concentrations of DMT found in neoshamanic brews.

More shockingly, two of the samples obtained from Europe were found to contain no caapi at all. Rather, this counterfeit ayahuasca was found to contain a combination of moclobemide (a pharmaceutical antidepressant and MAOI), psilocin (the active ingredient in magic mushrooms), and high concentrations of DMT from M. tenuiflora.

For years now, well-seasoned psychonauts have been imitating the active ingredients in a similar manner, creating ayahuasca analogs by combining other DMT and MAOI-containing plants. Combinations made of extracted or synthesized ingredients are referred to as “pharmahuasca.” However, there is a distinction to be made between testing anahuasca, pharmahuasca, and other psychonautic cocktails on oneself as opposed to falsely marketing brews as ayahuasca. Hence, using the term “counterfeit.”

Comparatively, there was no counterfeit ayahuasca found among disciplined ayahuasca traditions such as the Santo Daime and among indigenous practitioners. In South America in general, the raw materials to make ayahuasca are both abundant and affordable, removing any incentive to replace them with other plants or pharmaceuticals.

Towards an Ethos of Transparency

Within the psychedelic community, the pressing issue of counterfeit ayahuasca is either often neglected or largely unknown. Thus, without pointing fingers, it is important that we as a community work to develop self-regulating mechanisms that foster and encourage transparent practices.

According to ayahuasca researcher and co-author of this paper, Helle Kaasik, the complicated legal situation surrounding ayahuasca combined with its lucrative viability as a business “attracts risk-prone and overconfident people who often do not understand the level of responsibility of giving a strong psychedelic to people in need of healing.” As a result of these bad actors, disciplined ayahuasca traditions should not be persecuted or forced to go underground.

“What the community can do,” Kaasik explains, “is to expect clear information about [the] composition of whatever ‘medicine’ is offered to them and avoid drinking with facilitators who don’t tell the full truth about the constituents or act offended when asked.”

Ayahuasca religions such as Santo Daime have their own self-regulating mechanisms built into the tradition. For example, amongst Daimistas, the brewing of the sacrament is a ritual in which the whole community participates, making it almost impossible for contaminants to be added while cooking.

In line with Chacruna.net’s “Ayahuasca Community Guide for the Awareness of Sexual Abuse,” we should also seek to establish guidelines for transparency among ayahuasca practitioners when it comes to informing participants about a brew’s origin and composition. Practitioners should take it upon themselves to communicate truthfully and proactively to participants what is in the brew before they decide to participate in a ceremony.

Building a culture around transparency is especially important in the case of adverse reactions. “Imagine someone ‘enrich[es]’ your ayahuasca with dissociatives, mushrooms or synthetic chemicals without your knowledge?” Kaasik adds. “This would be ethically unacceptable and unsafe, but sadly, sometimes it happens.” In such cases, knowing what was in the brew could make adverse reactions more easily remedied and avoided.

In many circles, ayahuasca is reverently referred to as “the medicine,” but would we ingest a medicine without first knowing what we were taking? To uphold the sanctity of this beautiful sacrament, it is critical that individuals keep themselves actively informed about what they are ingesting. Given the choice, people don’t want to take suspicious substances with questionable facilitators when they have access to safe communities. If we are to call ayahuasca a medicine, we should also treat it like one.

Jasmine Virdi is a freelance writer, editor, and proofreader. Since 2018, she has been working as a writer, editor, and social media coordinator for the fiercely independent publishing company Synergetic Press, where her passions for ecology, ethnobotany and psychoactive substances converge. Jasmine’s goal as an advocate for psychoactive substances is to raise awareness of the socio-historical context in which these substances emerged in order to help integrate them into our modern-day lives in a safe, grounded and meaningful way.