Ayahuasca – The Science of the Vine 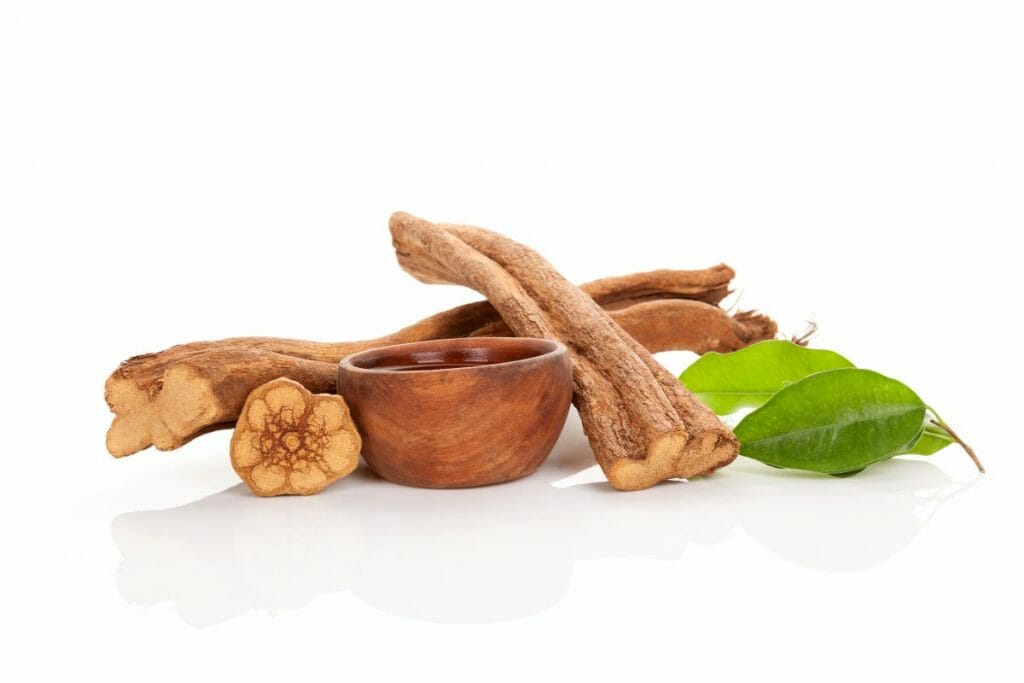 Ayahuasca is a psychoactive tea traditionally used by indigenous communities of the Amazon rainforest for its powerful healing, purgative, divinatory, and visionary properties. As of late, and with the rise in use of DMT itself, ayahuasca is becoming majorly popular for the intense visions it induces, and which are usually attributed to DMT.

Although the brew’s potency is often recognized by its DMT component in the West, the plants that contain this compound are really just admixtures. The core ingredient of ayahuasca is the vine Banisteriopsis caapi, whose name in the indigenous Quichua language is actually aya waska (meaning “the vine of the soul” or “the vine of the dead”).

There are a number of scientific and cultural reasons why this vine is central to the ayahuasca brew. In this article, we will look into its potential as a healing agent and its place in the Amazonian indigenous lore.

Ayahuasca has a wide range of ethereal applications: it’s used for diagnosis and healing, learning and training, social bonding and rite of passage rituals, creating hunting and agricultural strategies, finding missing objects or people, and various other kinds of shamanic activities. Its mystical properties have drawn a number of ethnobotanists and psychonautical enthusiasts to explore and chart the indigenous use of this powerful potion since the mid-20th century.

All the incredible documentation of Amazonian master plant healing practices has brought about the rise of ayahuasca tourism – the phenomenon of Western people visiting indigenous communities in order to take part in ayahuasca rituals.

After decades of development in tourism infrastructure and at a time when viral online information sharing is a highly prevalent means of communication, the brew’s unparalleled popularity can largely be attributed to the wild visions it presents its drinkers with.

Many believe that the source of these visions is the dimethyltryptamine molecule, the major active component in the admixture plants that go into most standard ayahuasca preparations. However, that’s all DMT is – one potential, but well-established additive to an already powerful healing and divinatory potion.

Ayahuasca is more than just DMT. To really understand this, it’s important to learn about the core constituent of this sacred brew – its primary ingredient dubbed the Vine of the Soul.

The Heart of the Brew – the Vine of the Soul

The most common ingredients that make up a typical ayahuasca brew are the vine Banisteriopsis caapi and the DMT admixtures: the shrub Psychotria viridis (also known as chacruna, meaning “mix” in Quichua) or, less commonly, Diplopterys cabrerana (also known as chaliponga or chagropanga). Although traditional brews will vary in their ingredients, all of them will contain B. caapi.

P. viridis and D. cabrerana contain DMT, known worldwide as The Spirit Molecule. DMT’s incredible psychoactive properties are likely the result of its role as an agonist at the 5-HT2A serotonin receptor.

The alkaloids in B. caapi are reversible MAOIs – they inhibit monoamine oxidase enzymes in our bodies, which normally metabolize orally ingested DMT before it can pass through the blood-brain barrier. With this inhibitory activity, DMT remains intact and can access the central nervous system.

Tetrahydroharmine also has some serotonin reuptake inhibiting properties. This means that, like DMT, it may have a psychotropic function. However, it’s not as potent, and higher quantities are needed to produce psychedelic effects. This alkaloid hasn’t received much scientific attention, but a user who ingested the isolated compound claims that closed-eyed visuals resembling those in a DMT experience appear at a certain dosage.

The inhibition of both the MAO enzyme and serotonin reuptake systems as a result of ingesting harmine, harmaline, and THH causes a rise in the levels of serotonin and other monoamines. Ayahuasca’s highly potent antidepressant effects could be (at least in part) attributed to these neurochemical processes.

Aside from their effects on MAO enzymes and serotonin receptors, the β-carboline alkaloids in the B. caapi vine have been found to have antiparasitic and antimicrobial functions, as well as a host of other beneficial effects. A recent comprehensive scientific synthesis explains in great detail all we know so far about ayahuasca’s neurobiological workings and its actual and potential therapeutic and clinical implications.

When consumed on their own, harmine, harmaline, and THH have quite distinct and powerful effects.

According to a report from an experienced psychonaut, “Harmaline is a very mentally stoning drug, causing a foggy dreamy state of mind and making you a little shaky and a little disoriented at moderate doses. Harmine is more stimulating and more clear headed, not as disorienting, but otherwise quite similar to harmaline. Both cause a peaceful emotionally detached feeling. […] tetrahydroharmine feels almost completely different. Its main effect is mood enhancement and pleasant orgasmic tingling all over.”

Many other anecdotal reports available online confirm these characterizations.

Furthermore, in traditional indigenous practice (i.e. in the preparations of the Napo Runa, the Sharanahua, the Tukano, and the Waorani, to name a few), the ayahuasca brew would often be made solely from the B. caapi vine, and it was only after the popularization of DMT’s effects among westerners that the DMT admixture plants became a universally present ingredient. The development of ayahuasca tourism brought about the need for facilitators of ayahuasca ceremonies to basically guarantee the visionary effects that have become well-publicized by their past visitors, and a yearning of their future ones.

Knowing about these therapeutic and psychotropic properties of the alkaloids in B. caapi, it’s no wonder that this vine has long been revered as the actual healing agent that catalyzes ayahuasca’s spiritual experience.

According to Terence McKenna, who popularized ayahuasca as not much more than “orally active DMT” in the first place, “[T]he action of the Banisteriopsis, as far as the visions are concerned, is to prevent the Psychotria from being neutralized by gastric enzymes” (Calavia, 2011:131). However, DMT-containing plants are just some of the 80 different plant species that have so far been identified as admixtures to traditional ayahuasca recipes (that number is estimated to be much greater in reality). Each plant modulates or enhances the total or partial effect of the brew, and B. caapi is a visionary plant in its own right.

An interesting fact is that many different varieties of B. caapi itself are used in ayahuasca preparations throughout the Amazon basin. Depending on the strain availability in their respective location, and the desired effect, different indigenous communities will use different varieties. These strains are often botanically identical, and the distinctions are only visible to well-trained eyes familiar with the vegetation in that specific part of the jungle.

Some of the commonly distinguished strains include:

There are dozens more strains in use. Each has its role in the lives of the indigenous peoples who employ them, and their unique systems of beliefs about the spirits of the rainforest. Their names are given based on their purpose, but also based on the color of the plant (the flowers or the vine when the bark is scraped off), or the shade it gives to the visions.

As these strains belong to the same plant species, no scientific distinction has been made in terms of their chemical composition. However, knowing what we know about the individual effects of the β-carboline alkaloids, it’s safe to assume that the indigenous nomenclature may correlate with the alkaloid level ratios in different strains.

B. caapi has for centuries been revered by indigenous Amazonians as an omnipotent Master Plant – it’s their healer, their medium, their knower. Meanwhile, our knowledge about its components and effects is being broadened faster by independent psychonauts than by academic researchers. Western science needs to step up its inquiry into the vine’s therapeutic properties and substantiate the centrality of B. caapi in indigenous healing practices.

This is a guest post from EntheoNation, a resource that offers guidance on using psychedelic plant medicines for spiritual development.

Xavier Francuski: With a background in research psychology and apprenticeships in ethereal worlds, Xavier tries to reconcile the astounding nature of the realms beyond with what sense we can make of them in this one. Xavier writes for EntheoNation.