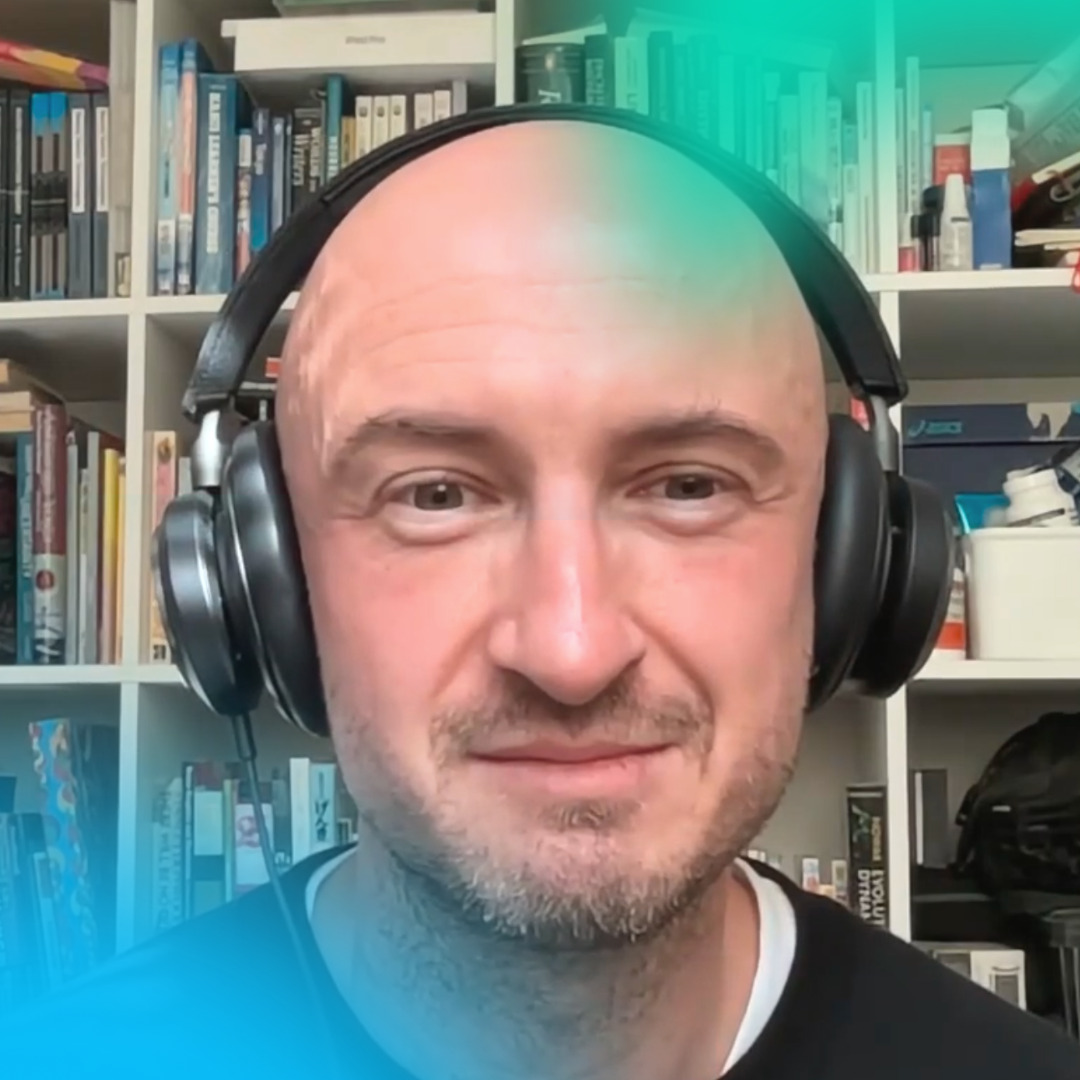 Gallimore feels that DMT is the most efficient and effective reality switching molecule we’ve seen, and that there is no other psychedelic experience that is so in your face: If we really could communicate with entities not of our known universe (who may have created our universe), how can so many dismiss that as a hallucination? Why would we not want to pursue something so mind-bending and revolutionary? His hope for his newest book, Reality Switch Technologies: Psychedelics as Tools for the Discovery and Exploration of New Worlds, is that it will be the quintessential guide for how psychedelics work in the brain from all levels of organization, what happens when you perturb the brain, and the future: how we might be able to fine-tune our brains to access different realities at will.

He discusses the element of design used in his books; why understanding something as complex as DMT is a multidisciplinary practice; the genius of Terence McKenna; what Alien Information Theory was about; his work with Rick Strassman in researching intravenous infusion DMT pumps to keep someone in the DMT verse; Conway’s Game of Life and the unpredictable levels of complexity that can arise from simple rules; lucid dreaming; John Mack, alien abductees, and trusting a patient’s experiences as real; psilocybin yeast; and much more.

This one will definitely make you think!

“It’s always felt a little bit sci-fi in a way, in that you’re planning basically a program of inter-dimensional citizenship. It feels like that. I mean, Terence McKenna used to [say] ‘galactic citizenship,’ and it’s almost like we’ve leapfrogged over galactic citizenship and we’re now going straight to inter-dimensional, trans-dimensional citizenship (whatever you want to call it) where we’re interfacing and communicating with an intelligence not of this universe. I mean, that’s a wild idea. And we have the technology now. To me, this infusion technology; this is the way to do it.”

“We’re just at the beginning now. You take virtual reality technology and the way that that is progressing, then you add artificial intelligence into the mix, and then you add pharmacology and neuropharmacology, chemical pharmacology and other neural manipulation systems, and you begin to realize that our brain is this tool – this world-building machine that we can learn to tune to access other worlds.”

“There’s also deja vu of course, the sense of having been there before – this very profound, deep sense of deja vu; not like we’ve all had, that occasionally you get that sense of deja vu that something has happened before. This is like, ‘I really, really have been here before. This is the most bizarre place I couldn’t possibly have imagined or conceived of; an impossible place of impossible geometry, and yet at the same time, it seems bizarrely familiar. ‘Why? Why would some place that should be the most unfamiliar place possible– There isn’t a more unfamiliar realm that you could imagine than the DMT world, and yet people think, ‘Oh my God, I’ve come home.’ And the entities, the elves will sing and cheer and bells will ring and lights will flash and [they’ll] say, ‘He has returned! The one has returned home! Welcome back! We’re so pleased to see you!’ This great uproar, this great celebration as you burst into this space. Why would that happen?”

Reality Switch Technologies: Psychedelics as Tools for the Discovery and Exploration of New Worlds, by Andrew R. Gallimore

Pubmed: A Model for the Application of Target-Controlled Intravenous Infusion for a Prolonged Immersive DMT Psychedelic Experience

How to Change Your Mind: What the New Science of Psychedelics Teaches Us about Consciousness, Dying, Addiction, Depression, and Transcendence, by Michael Pollan 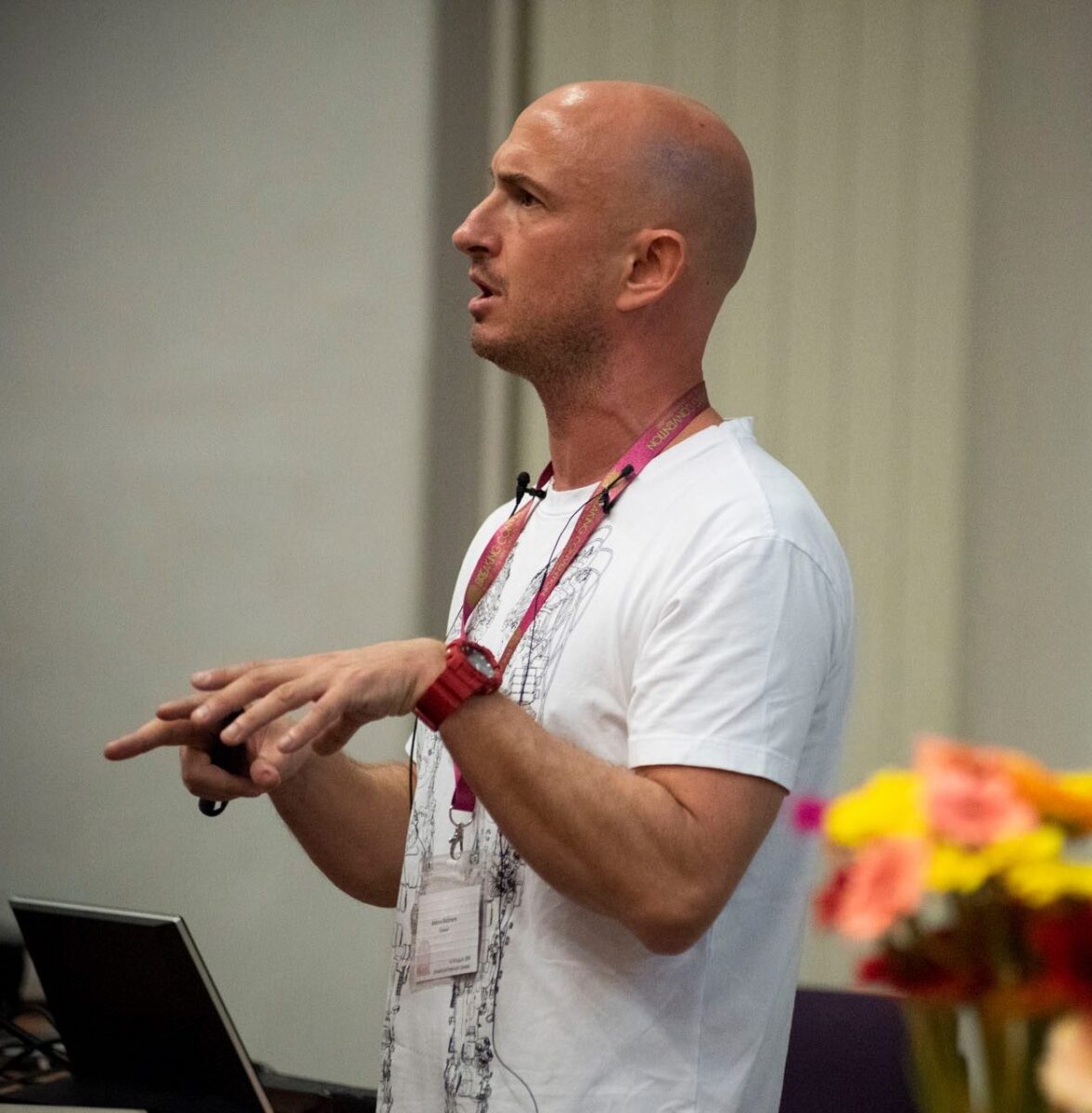 Andrew Gallimore is a computational neurobiologist, chemical pharmacologist, and writer, living and working in Tokyo. He is the author of a range of articles and research papers on the science of psychedelic drug action, as well as two books: Alien Information Theory: Psychedelic Drug Technologies and the Cosmic Game, and the recently released, Reality Switch Technologies: Psychedelics as Tools for the Discovery and Exploration of New Worlds. His current interests lie in the neuropharmacology and ontological implications of psychedelics, and how they might be developed as tools for communication with intelligences inaccessible to normal waking consciousness.