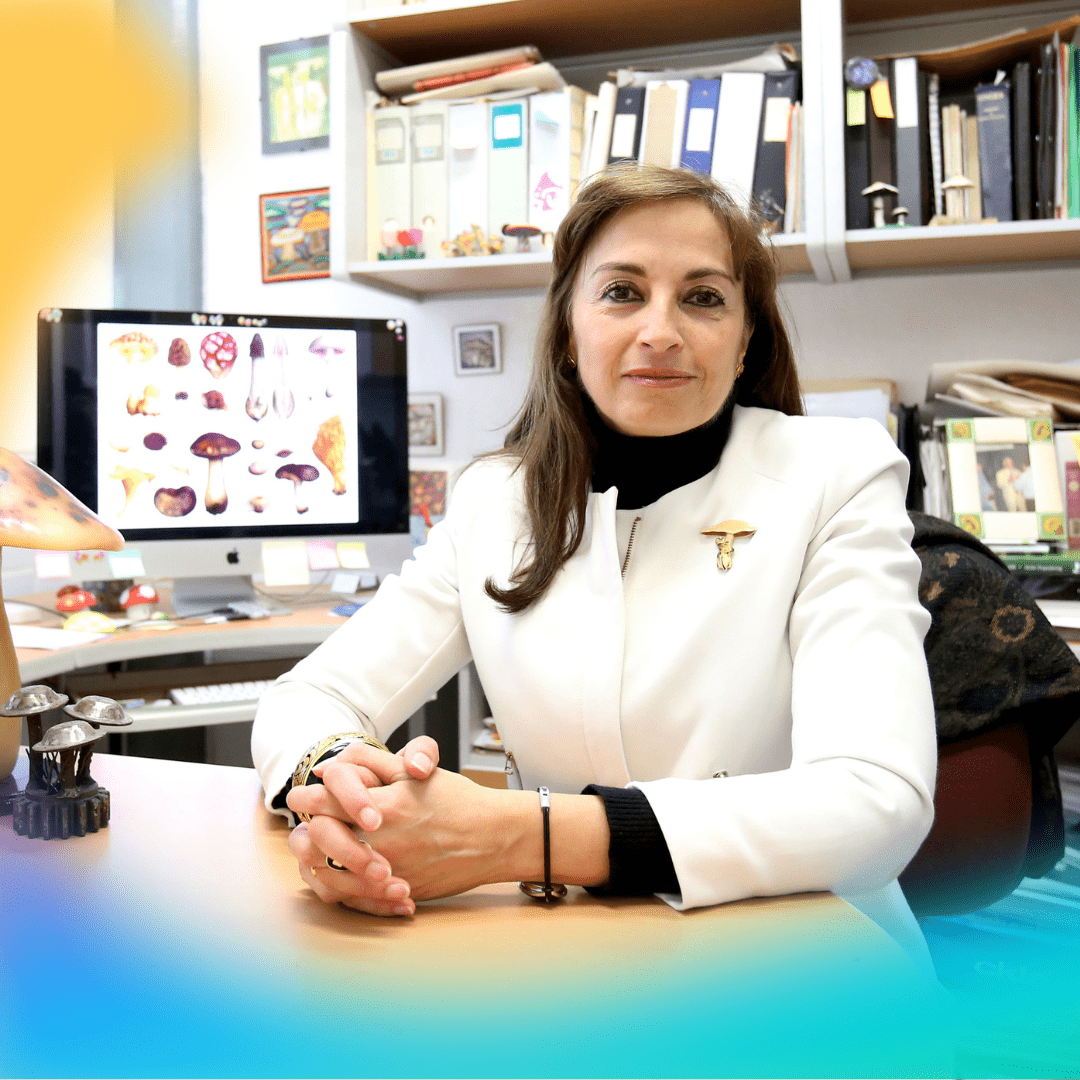 In this episode, Joe interviews Laura Guzmán-Dávalos: 40-year veteran mycologist at the University of Guadalajara, Mexico; and daughter of Gaston Guzman, who most consider the world authority on the genus, Psilocybe.

In this episode, Joe interviews Laura Guzmán-Dávalos: 40-year veteran mycologist at the University of Guadalajara, Mexico; and daughter of Gaston Guzman, who most consider the world authority on the genus, Psilocybe.

Much of Guzmán-Dávalos’ work revolves around collecting and documenting fungal specimens in and around Mexico, with an overarching goal of better understanding the interactions of different mushroom species. Even though many species were discovered in Mexico, the country seems to be a bit behind in terms of documented real-world evidence, so she’s speaking with microdosers to learn more about their habits, while also studying how alkaloids are involved in the effects of psilocybin. Additionally, one of her Ph.D. students is researching the use of mushrooms among different cultures in Oaxaca, and Guzmán-Dávalos believes they will uncover many differences and solid evidence to help lay the groundwork for legalization.

She talks about ethnomycology and what she does as a mycologist; Psilocybe and psilocybin-containing mushrooms; what basidium is; functional mushrooms and how the mushroom hype has made her life a lot busier; and brings up a good point: With all the discussion about new companies isolating the drug and removing the psychedelic experience, have we considered how similar that concept is to microdosing?

UDG.mx: UdeG has the most important mycological collection in Western Mexico

Laura Guzmán-Dávalos is a Mexican mycologist working since 1983 at the University of Guadalajara in Jalisco State. Laura is a well-respected mycologist in Mexico and daughter of the world-renowned Gaston Guzman, the world authority on the genus Psilocybe (and who described and named more than half of the species).

Guzmán-Dávalos received a master’s degree in 1994 from the National Autonomous University of Mexico (UNAM) and the same year, she became Head of the Department of Botany and Zoology at the University of Guadalajara (UdeG), a position she held until 1998. Laura received a doctoral degree in 2003, also from the UNAM. Her research has primarily focused on the genus Gymnopilus (Agaricomycetes), creating a monographic sketch for this group in Mexico with G. Guzmán in 1995. Guzmán-Dávalos, with students and co-workers, has also worked on the genera Deconica, Entoloma, Ganoderma, Helvella, Pluteus, Psilocybe, and Scleroderma, publishing new records to Mexico or the descriptions of new species in each of these groups. As a collector of fungal specimens, she has traveled all over Mexico, part of Latin America, and Europe in search of macroscopic fungi, particularly Basidiomycetes. From 2007 to April 2014, she was the general coordinator of the doctoral program in biosystematics, ecology, and natural and agricultural resources management at the UdeG, and from May 2014 to October 2015, was the coordinator of one of the five divisions of this program.