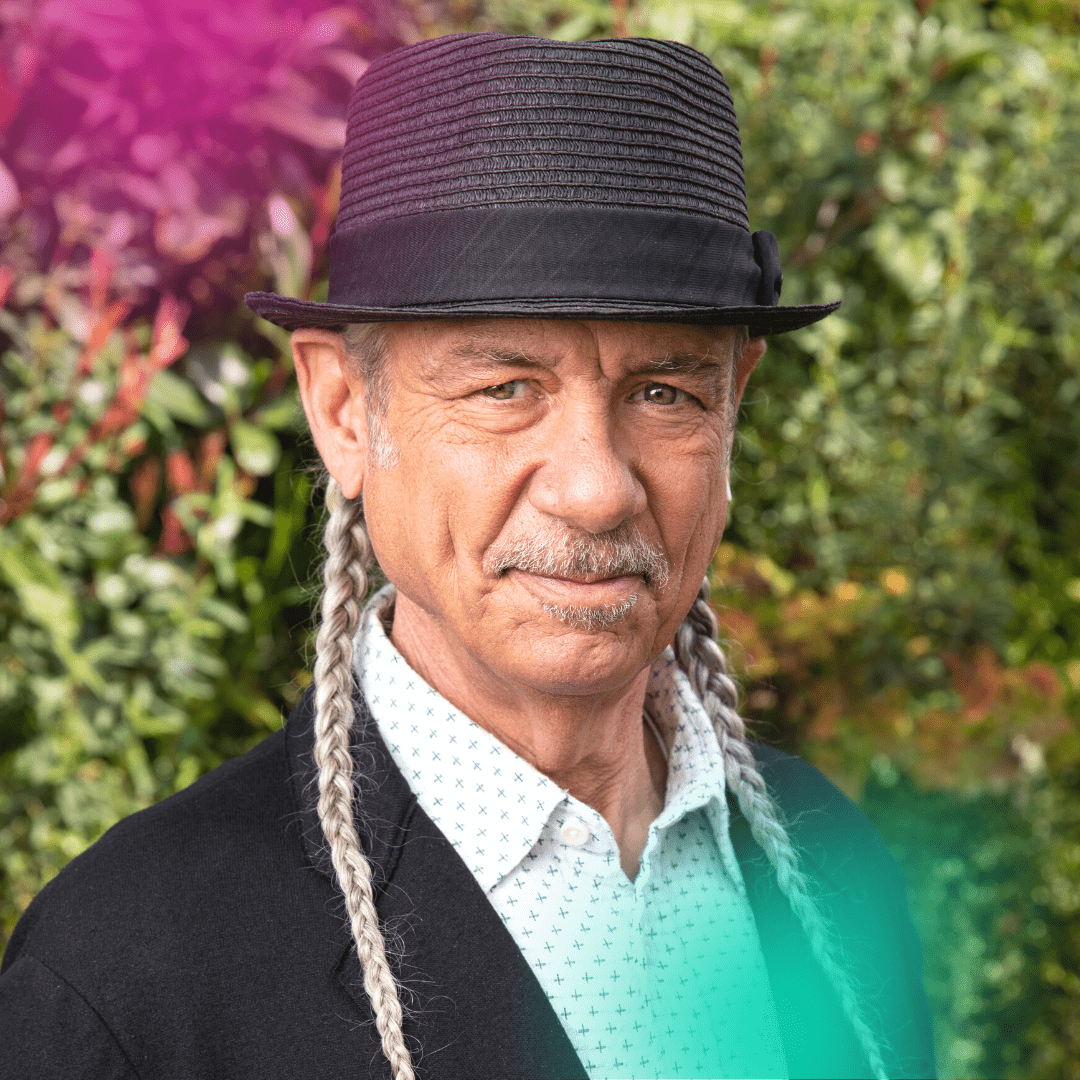 DeAngelo has been there through it all (read his extensive bio) and was integral in the beginning of cannabis legalization in California, playing a role in the passage of Prop 64 (their adult-use law), and co-founding Harborside; one of the first six dispensaries licensed in the US. He looks back and remembers some big wins and losses, and discusses the beginnings of the ideological judgment of drugs and the launching of the drug war; noting his concerns for psychedelics taking the same path cannabis did when it was legalized – where quality products and the people whose work was motivated by love were squeezed out in favor of investor profits.

He talks about why the DEA is the way that it is; how cannabis feels to many like a (much needed) female energy; the default mode network and the endocannabinoid system; the concept of “the stoner epiphany”; decriminalization; how we’ve removed the divine from everything; and how the lessons psychedelics and cannabis are telling us are slowly changing society into one that cares about the environment and is more open, loving, and empathetic.

DeAngelo is currently in Jamaica, working to get people (specifically Rastafarians – cannabis pioneers and a massive inspiration to him) involved in the legal cannabis industry, and heading up The Last Prisoner Project, which fights for the release of people in prison for cannabis offenses. While he fully supports the movement of cannabis and psychedelics being used for therapeutic purposes, he envisions a world where they are used as tools for bringing about joy, ecstasy, wonder, and connection – where these amazing gifts aren’t just attributed to “being high,” but are instead a part of normal, every day human experience.

“We didn’t know the science and the history. We didn’t even know about María Sabina. We didn’t know about Albert Hofmann. We didn’t know about the industrial uses or the medical uses of cannabis. All that we really knew was that when we ingested cannabis, it helped us be more like the people we really wanted to be, and we figured that if it did that for us, that it would probably do it for other people too. And we had enough faith (and I still do have enough faith) in the heart of human beings to believe that if we’re all really, really trying to be the people that we really, in our innermost hearts want to be; that we’re going to be moving towards that better world that we all really want to live in together.”

“Joy, ecstasy, wonder: these are all necessary and important parts of the human experience and we’ve removed a lot of that. A lot of people think about those parts of the experience as ‘just getting high’ or being recreational, but they’re not really. I mean, what are we here for on this planet if not for those moments of joy and ecstasy and love and connection, where you just feel like everything comes together in a magic, magic moment where you feel alive in a way that you don’t usually feel? How could we deny ourselves those moments or relegate them to the idea of ‘just being high’?”

Businessinsider.com: Top Nixon adviser reveals the racist reason he started the ‘war on drugs’ decades ago 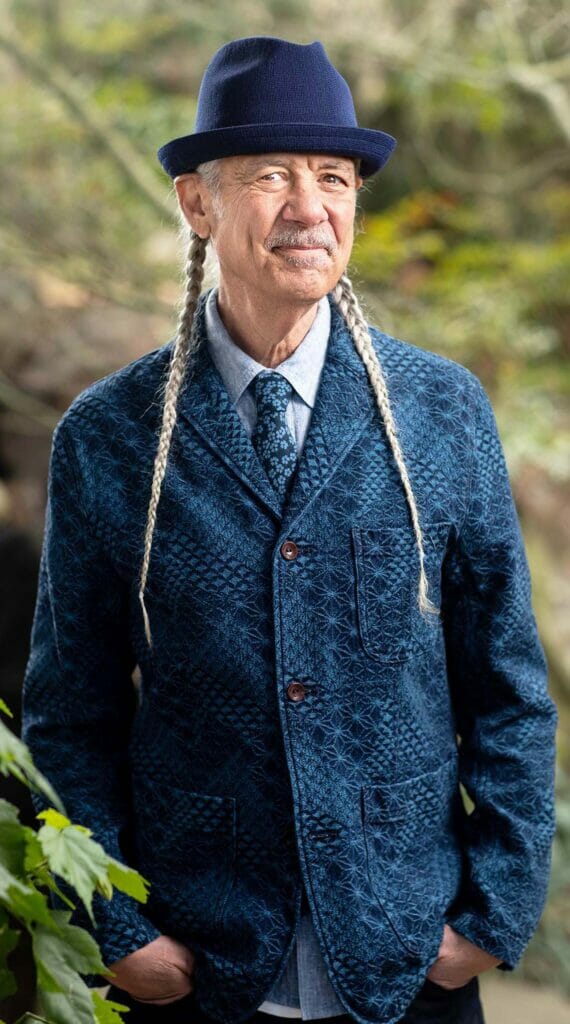 Steve DeAngelo is a globally-recognized cannabis thought leader and speaker who was dubbed “father of the legal cannabis industry” by Mayor of San Francisco & Speaker of the California Assembly Willie Brown. As a lifelong activist, author, educator, and entrepreneur, Steve has spent almost five decades on the frontlines of the cannabis freedom movement. His most notable business achievements include co-founding Harborside — one of the first six dispensaries licensed in the United States; the ArcView Group, the first dedicated cannabis investment network; and Steep Hill Laboratory, the first cannabis testing facility. Most recently, in 2019, Steve was Founder of The Last Prisoner Project, which has grown into one of the most successful organizations in the movement, winning the release of several prisoners serving life sentences. Steve is the author of The Cannabis Manifesto and originator of the wellness theory of understanding cannabis. He played a key role in the passage of Initiative 59, Washington DC’s medical cannabis law; the passage of Prop 64, California’s adult-use law; and successfully defended multiple legal attempts by US law enforcement agencies to shutter the doors of Harborside. His media projects include the starring role in “Weed Wars,” the first cannabis-oriented reality TV show, produced by the Discovery Channel in 2011; the starring role in the Ask Steve series, produced Green-Flower.com; host of the Radio Free Cannabis podcast – launched in 2020; and extensive appearances on major media outlets including CNN, FOX, MSNBC, CNBC, New York Times plus extensive global media including The London Times, Germany’s Der Spiegel, Brazil’s El Global, Italy’s Rai One, France’s La Monde and many others. Steve has received dozens of awards for his accomplishments, including the High Times Lester Grinspoon Lifetime Achievement Award. He was named one of the most influential people and “Gatekeeper of the Industry” in 2015 by the International Business Times, and one of the seven “Most Powerful People” in the industry by Fortune magazine. Most recently, he was honored with the Peter Tosh Equal Rights Award and became one of first two inductees into the Marijuana Business Daily Hall of Fame. Steve’s mission is to bring the cannabis plant and cannabis freedom to every nation and every person on the planet. As Founder of the Last Prisoner Project, he will not stop until the last cannabis prisoner is free.