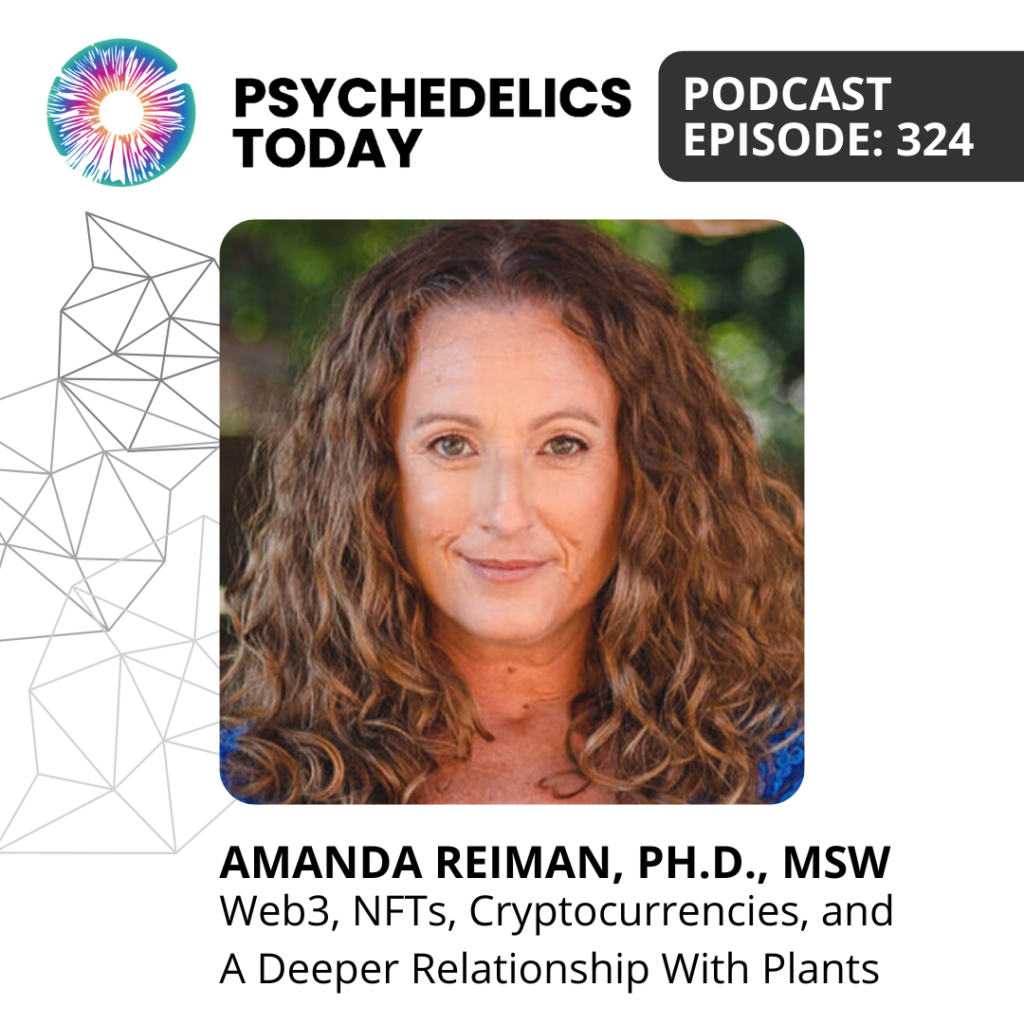 In this episode of the podcast, Joe interviews cannabis expert and social ethnobotanist, Amanda Reiman, Ph.D., MSW. Reiman is the Founder of Personal Plants; an organization dedicated to promoting a deeper relationship between people and plants, and Co-Founder of Sacred Garden; a Web3 project which advocates for entheogenic plant conservation.

In this episode of the podcast, Joe interviews cannabis expert and social ethnobotanist, Amanda Reiman, Ph.D., MSW. Reiman is the Founder of Personal Plants; an organization dedicated to promoting a deeper relationship between people and plants, and Co-Founder of Sacred Garden; a Web3 project which advocates for entheogenic plant conservation.

Reiman has over 25 years of experience growing cannabis and is intensely passionate about deepening the relationship between people and their source of healing, which she hopes is with plants they are growing. She talks about her early days of growing cannabis; the pros and cons of pharmaceutical vs. herbal plant models; the rules around cannabis regulation and taxes; the concept of retreat centers soon having liability insurance; how the different consumption patterns of cannabis and psychedelics could lead to vastly different pharmaceutical models; and what she’d like to do to promote a better connection to plants: guided tours of sacred gardens in virtual reality.

This episode swerves into territory often touched on but not fully dissected in the podcast, as they delve into the endless possibilities of cryptocurrencies, NFTs, and other Web3 projects. While the mining of cryptocurrency does present many environmental concerns, Reiman discusses how NFT groups like hers are mitigating these worries by focusing on conservation efforts, and how the benefits of being able to decentralize the internet and return control to the people may far outweigh most concerns. She sees the future bringing on the possibilities of legal defense funds and clinical trials being entirely crowd-funded, and therefore taken out of the hands of venture capitalists and the endlessly corruptible government.

“People who don’t even consume cannabis are finding joy in growing cannabis and giving it to their friends who do consume. So that’s really what Personal Plants is about: it’s taking a step back from that culture of high-level sophistication and bringing it back to the joys of gardening.”

“It becomes about profit margins and it becomes about revenue and I think that’s probably the biggest threat to plant medicine (the way we’ve seen it be a threat to healthcare). The fact that healthcare is a business means that what’s best for the people is never going to be number one, and so if we create a plant medicine system that also upholds those same values, I’m afraid the people will lose.”

“You can sit and listen to someone talk about something, [and] even if it’s freaking fascinating, it’s still not going to be the same as actually physically touching something, smelling something, [and] seeing something come alive in front of you. It just impacts the brain in a different way. So what I would love to do is have guided tours in the virtual reality space of a sacred garden.”

“I don’t think drugs are going back. I don’t think we’re going back. I think it’s too late. I was just looking at the latest Pew research figures yesterday and only 8% of the entire population thinks cannabis should be illegal. So we’re done. And I think now that we’re done with cannabis, it’s tugging on the thread of questioning about other drugs. And when I first started doing reform work, people would say, ‘Oh, you just want to legalize cannabis because you really just want to legalize all drugs.’ And you know what, Joe? I do. I do want to legalize all drugs. And I think we’re getting there.”

Indianexpress.com: Ethereum’s new upgrade is supposed to decrease its energy usage: Here’s how it works

Frontiersin.org: Virtual Reality as a Moderator of Psychedelic-Assisted Psychotherapy 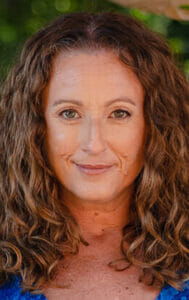 Amanda Reiman, Ph.D. , MSW, is a social ethnobotanist. She is the Founder of Personal Plants, a platform designed to deepen the relationship between people and flora, Co-Founder of Sacred Garden, a Web3 project focused on entheogenic plant conservation, and the VP of Public Policy Research for New Frontier Data, a cannabis-focused data analytics firm.

An internationally recognized cannabis expert and public health researcher, Dr. Reiman is a leader in the field of cannabis as a substitute for alcohol and other drugs, and has presented her research all over the world. She has written for/been quoted in The Huffington Post, New York Times, Washington Post, Rolling Stone, and Playboy, as well as numerous peer-reviewed academic journals and several textbooks.