The Need for an International Psychedelic Religious Survey 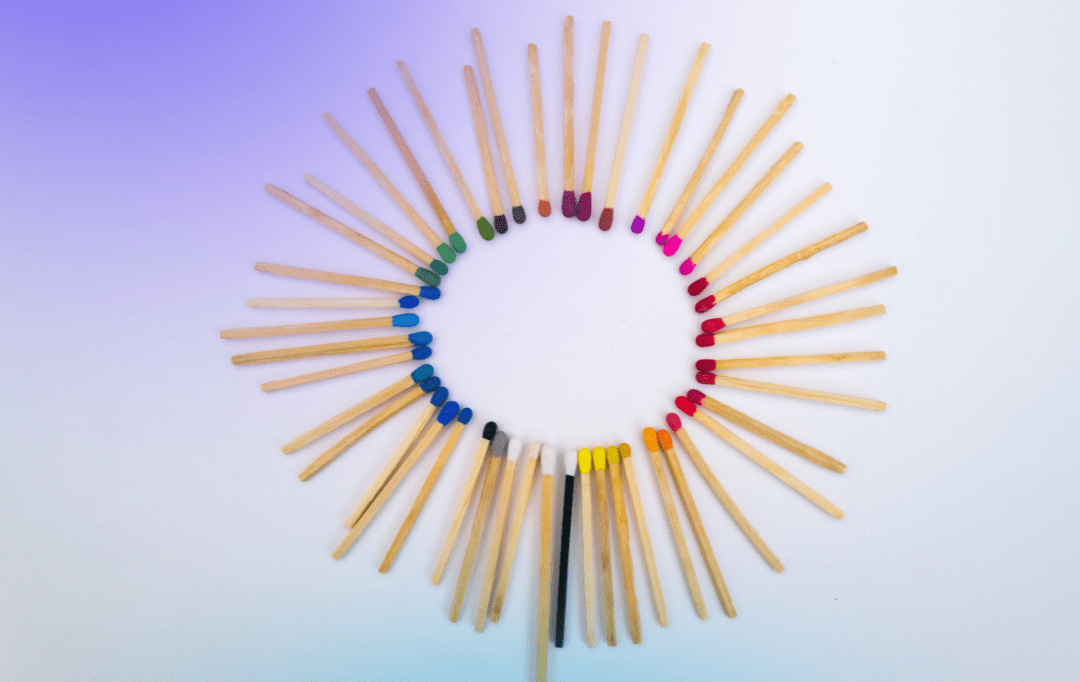 With the emergence of more and more psychedelic religions, many people are finding themselves in a situation where proving that their religion is sincere is the difference between being able to practice their religion legally or not. Could an International Psychedelic Religious Survey be the answer?

My lord, I suspect an incredible secret has been kept on this planet: that the Fremen exist in vast numbers – vast. And it is they who control Arrakis.

To expand and clarify religious freedom and liberty in the United States and abroad, it is sometimes necessary to seek court rulings. One of the missing pieces of evidence that would prove helpful in most psychedelic religion cases is a reliable data set evidencing the demographics and statistics behind the world’s psychedelic religions. How many religious groups exist? How many members are there? What type of sacraments do they use? How to quantify communities that may not have stable membership? And more? I have gone looking for a reliable resource but have not found one yet. Indeed, I have spoken with some of the lead legal practitioners in this area, and they also lament the absence of this data. And the concern is not limited to lawyers. My friend, Brad Stoddard, Ph.D., a professor of religious studies, points out additional challenges in defining and applying metrics, including:

So, this gave me an idea. I would like to propose that some ambitious Ph.D.-types consider undertaking (as a Ph.D. thesis?) an international survey. For purposes of this article, I call it the International Psychedelic Religious Survey, but it could have a variety of different names. What is important is that the survey be conducted under scientific principles that could withstand court scrutiny, and that the data it procures answers the right sorts of questions.

Why are Psychedelic Religions Secret?

Psychedelic religions are not mainstream, and they are dogged by the omnipresent threat of allegation of criminality. It is therefore natural that psychedelic religious groups and their adherents stay mostly out of public scrutiny. There is justifiable fear of social stigma and risks to liberty, amongst myriad downstream repercussions. But these same forces that keep the psychedelically-inclined underground also serve as a shackle for things to remain so. The existence, nature, and populations participating in the world’s psychedelic religions is not well-documented. Some are out in the open, but most are not.

The importance of having numbers and an understanding of the types and varieties of psychedelic religions is helpful in court cases. This sort of data could be especially important in aiding the defense of persons criminally charged for their participation in psychedelic religious practice. Such data could also inform legislatures and other policy makers, increasing their awareness of (and possibly, sensitivity to) psychedelic religions. Indeed, the information could be useful to the United Nations, and could help the UN Office on Drugs and Crime with policy reform.

Consider that most psychedelic religions do not behave like more broadly accepted mainstream religious organizations. Out of fear, most psychedelic religions do not have billboards, do not evangelize, do not have television or radio ads, do not seek public donations, etc., and for similar reason, most do not fight court fights. Litigation is often prohibitively expensive, and minority religious groups trying to fly under the radar tend not to have financial means. A survey could provide synergy by which these minority religious groups could gain collective leverage. A survey could change the conversation about psychedelic religions with backed statistics and data. A survey might even move public policy focus away from chemical structures (the metric law enforcement uses) toward purpose and effect (the metric psychedelic religions use). Courts are not presently accustomed to the argument of “it is not how you get there that matters, it is that you get there,” but a reliable data set could further the point.

The Importance of Court Admissibility

If you are sitting in a criminal defense chair, charged for psychedelics but claiming religious exemption, the burden is on you to educate the judge and jury on the nature, basis, and supposed validity of your defense. The probability that the judge and jury are going to be well-educated about psychedelic religion is low. Your burden to come forward with credible, persuasive, court-admissible evidence supporting your psychedelic religion defense is made that much more difficult and necessary.

The key is court admissibility. To have a jury or a judge consider data, it needs to be admissible. It also needs to be relevant and authenticated. The most compelling and relevant evidence is meaningless if a court will not admit it. Hence, the need for a scientifically-run survey that considers all the details: who will gather the data, how that data will be gathered, what form of survey will be used, what questions would be posed in the survey, the types of answers permitted, etc. The survey will also need to be verifiable and be able to demonstrate things like chain of custody, all encapsulated in a report that can be admitted within a hearsay exception or over a hearsay objection.

Religion is not national. Indeed, the First Amendment to the United States Constitution would find the notion of national religion abhorrent, and no court in the United States could rule a religion “un-American.” Rather, at most, a court could rule an organization altogether not a religion, or a person’s observation thereof insincere, but a court could not weigh the merits or values of a religious group. Rather, under Constitutional principles, court inquiry is limited to examination for the trappings of things commonly associated with religion – concepts like contemplation of the imponderables of existence itself, contemplation of the source of all things, the nature of spirit, etc. Neither nationality nor nation of origin are relevant points of inquiry.

Pragmatically, it is a lot harder to claim religious exemption when the court knows nothing about, has had no life experience with, and is questioning the validity of your religion or the sincerity of your practice. The benefit of having a court-admissible survey demonstrating that you are far from alone, but are acting in conformity with possibly millions just like you, is manifest. Likewise, one of the greatest challenges that many of us entheogen lawyers are hoping to crack is the multi-sacramental conundrum, or the wholesale legal transcendence of relevance of sacrament. Along with the many holes in appellate precedent, there is no high-level appellate decision that has affirmed multiple psychedelic sacraments as acceptable religious practice. But that case can be made, and it can be made better with better evidence.

Although the United States Constitution contemplates a variety of religious expression, it would still be dangerous in court to ignore that Abrahamic lineage dominates in the United States. Statistically, it is more probable that the judge and jury in any psychedelic religion case will be most familiar with concepts of a revelatory religion that is manifested in scriptural texts, and whose members meet in some form of congregation and group worship, employing scripted prayers and relying upon faith. Many psychedelic religions look like this. Many do not. And getting that point across in a meaningful fashion to a court can make the difference between winning or losing a psychedelic religion case. An International Psychedelic Religious Survey can help demonstrate that minority adherents in one country may not be as minority as they seem, when taken in a global context, and could likewise reveal trends in the spread of psychedelic religions around the world.

The precise execution of the survey is admittedly at the edges of most lawyer’s skill sets. I imagine this project calls for a Ph.D. or aspiring Ph.D. theology student, or a professor excited to take on one of the most significant projects of their career (not to mention perhaps a couple qualified statisticians). I also offer that while we won’t do the survey ourselves (again, not our skill set), I and fellow entheogen attorneys, Greg Lake, Ian Benouis, and Dan Peterson are happy to contribute, particularly regarding framing survey questions that would be helpful for court admissibility. Brad Stoddard, Ph.D., Associate Professor of Religious Studies at McDaniel College, is also available to assist and welcomes contact. Anyone interested in picking up the mantle and running with it is invited to reach out to any of us. My friends and I hope this article inspires one or more of you to take on this very important task. 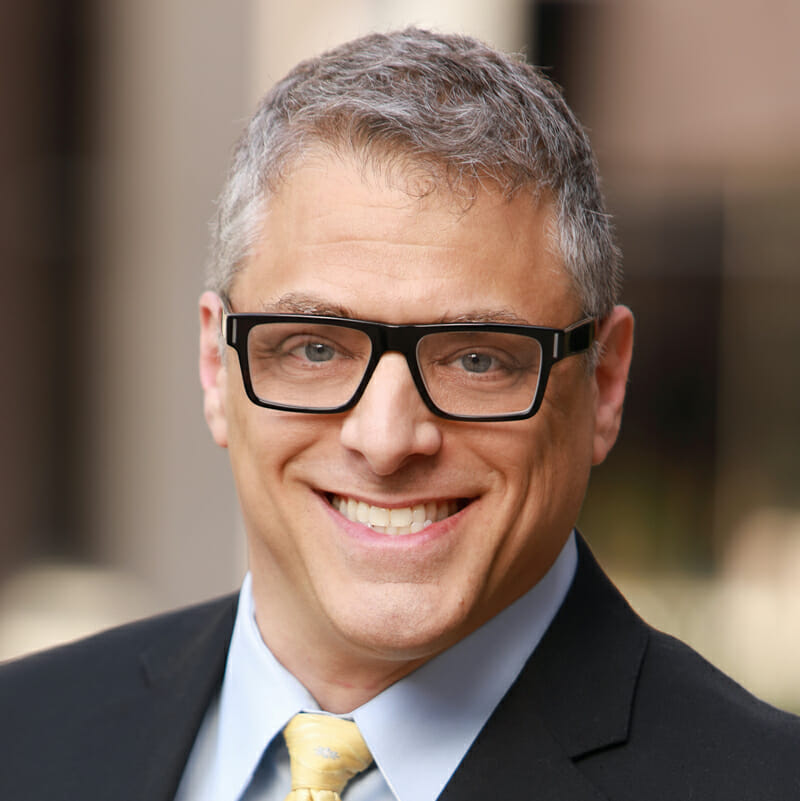 Gary Michael Smith is an attorney, arbitrator, and founding member of the Phoenix Arizona-based Guidant Law Firm. He is also a founding director and current president of the Arizona Cannabis Bar Association, board member of the Arizona Cannabis Chamber of Commerce, and is general counsel to the nation’s oldest multi-racial peyote church. He also authored Psychedelica Lex: The Law of Psychedelics and hosts a Youtube video podcast of the same name.