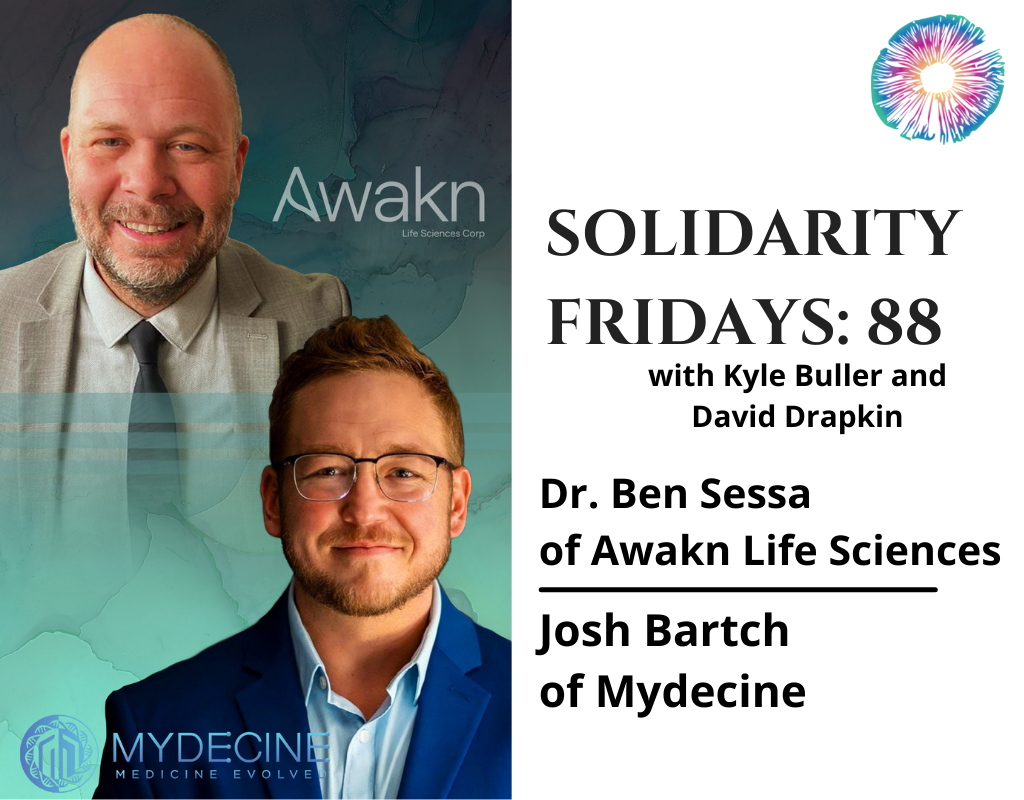 In this week’s Solidarity Fridays episode, we’re featuring another split podcast of recordings from Wonderland (we really recorded a lot there, huh?).

In this week’s Solidarity Fridays episode, we’re featuring another split podcast of recordings from Wonderland (we really recorded a lot there, huh?).

In part 1, David interviews psychiatrist, researcher, drug policy reform advocate, and Co-founder and Chief Medical Officer of Awakn Life Sciences, Dr. Ben Sessa. They discuss their frustration with the current maintenance-medication state of psychiatry and addiction treatment, how much we (and doctors!) have all been brainwashed by decades of drug war propaganda, and drug policy in the UK (with a quote that rivals any rant Joe has ever gone on!). And they discuss the impressive results from the world’s first MDMA-assisted psychotherapy study to treat alcohol-use disorder, ibogaine, and what they’re looking to research next: behavioral disorders like addictions to gambling, sex, and pornography.

In part 2, Kyle and David speak with cannabis industry entrepreneur and now Director, CEO, and Chairman of Mydecine Innovations Group, Josh Bartch. Mydecine is a biopharmaceutical company developing new compounds, the most notable being MYCO-001, which will be used in the first NIDA-funded study in nearly 50 years: a smoking cessation study being conducted across 3 Universities and headed up by Dr. Matthew Johnson. Bartch talks about their app, Mindleap Health, an educational media platform featuring hundreds of hours of interviews, guided meditations, and other patient-focused ancillary services, which also has 155 specialists of various types (with plans to add A.I.-informed technology to match users to specialists). He discusses the amazing efficacy of psilocybin (with therapy) on smoking cessation, how structural changes in molecules can affect half-life, microdosing (on which they’re also running an exploratory study), and the importance he places on reframing how psychedelics are viewed to inspire greater public adoption.

“I can’t think of any other branch of medicine that would accept the kind of outcomes that we do in psychiatry. I often talk about this; how psychiatry is this fairly desperate, lonely place to work. We don’t cure our patients. We don’t use that word, ‘cure.’ We get alongside them in a palliative care way and just patch them up with daily maintenance drugs. And the truth is, if you’re going in to see a psychiatrist in your early twenties with a severe anxiety-based disorder like PTSD or any addiction or depression or anxiety, there’s a pretty good chance you’ll be talking to that psychiatrist in your 60s or 70s. That is not good enough after a hundred years of modern psychiatry. And the reason being is that we’ve been trapped in this top-down, biological model for the last 40 or 50 years, giving people daily maintenance drugs, papering over the cracks, but never getting to the core.” -Ben Sessa

“Psychedelics are the most effective, innovative, creative form of psychopharmacology we’ve had for a hundred years in psychiatry. They really do now offer us a chance to change, completely, the paradigm by which we manage mental illness.” -Ben Sessa

“I remember 15 years ago, 20 years ago, when I was a junior doctor, telling my tutors that I wanted to work in psychedelics, and they said, ‘You’re crazy. This is career suicide. This is just a bunch of crazy fringe hippies. Why are you getting involved in this?’ Well, I can tell you now: This is not crazy, fringe hippies. This is cutting edge neuroscience. This is cutting edge clinical psychiatry. Every single major clinical research institution in the world now has psychedelic programs running. This is not the fringe. This is where it’s at. Get involved.” -Ben Sessa

“When do you see success? For us, success in this industry is when this is offered in already-existing traditional medical and therapy settings and offered as a frontline treatment, not in a secondary psychedelic center or this unique infrastructure that’s being built. When it’s integrated into the actual, already-existing frontline medical community, that’s when we really think that’s a win for all of us.” -Josh Bartch

“If people’s goal, collectively, is to really bring these different molecules (which is what they are) and treatment modalities to the public and to treat large suffering populations, we need to change the context of how they’re portrayed publicly. So the whole ‘magic mushrooms’ [term] or anything that has a recreational context that has been negatively portrayed over years needs to be eliminated, and we need to kind of reboot that public perception and really take it from a recreational context that has tons of negative press and publicity and makes people scared and nervous to use it as a real treatment, and change that messaging to: ‘These are really safe, effective molecules that are showing tons of promise to really change the paradigm.’” -Josh Bartch

The Psychedelic Renaissance: Reassessing the Role of Psychedelic Drugs in 21st Century Psychiatry and Society, by Ben Sessa

Sagepub: First study of safety and tolerability of 3,4-methylenedioxymethamphetamine-assisted psychotherapy in patients with alcohol use disorder 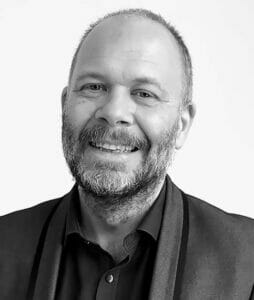 Dr. Ben Sessa’s joint interests in psychotherapy, pharmacology, and trauma have led him towards researching the subject of drug-assisted psychotherapy using psychedelic adjuncts. In the last 15 years, he has been part of scientific and clinical studies administering LSD, psilocybin, ketamine, MDMA and DMT to patients and volunteers. He is the author of psychedelic medical exploration books; The Psychedelic Renaissance (2012 and 2017) and To Fathom Hell or Soar Angelic (2015). He has recently completed research with Imperial College London exploring the world’s first MDMA-assisted therapy trial for the treatment of Alcohol Dependence Syndrome. Alongside Prof. David Nutt, Ben has also been a long term advocate of drug policy reform in the UK, believing that current laws hamper research and increase, rather than reduce, the burden of problematic drug use on individuals and society. Ben also has specialist training as a child and adolescent psychiatrist and is interested in the developmental trajectory from child maltreatment to adult mental health disorders, including adult addictions. 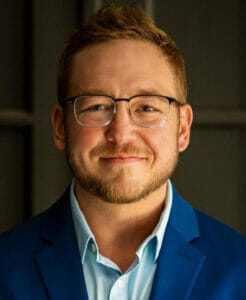