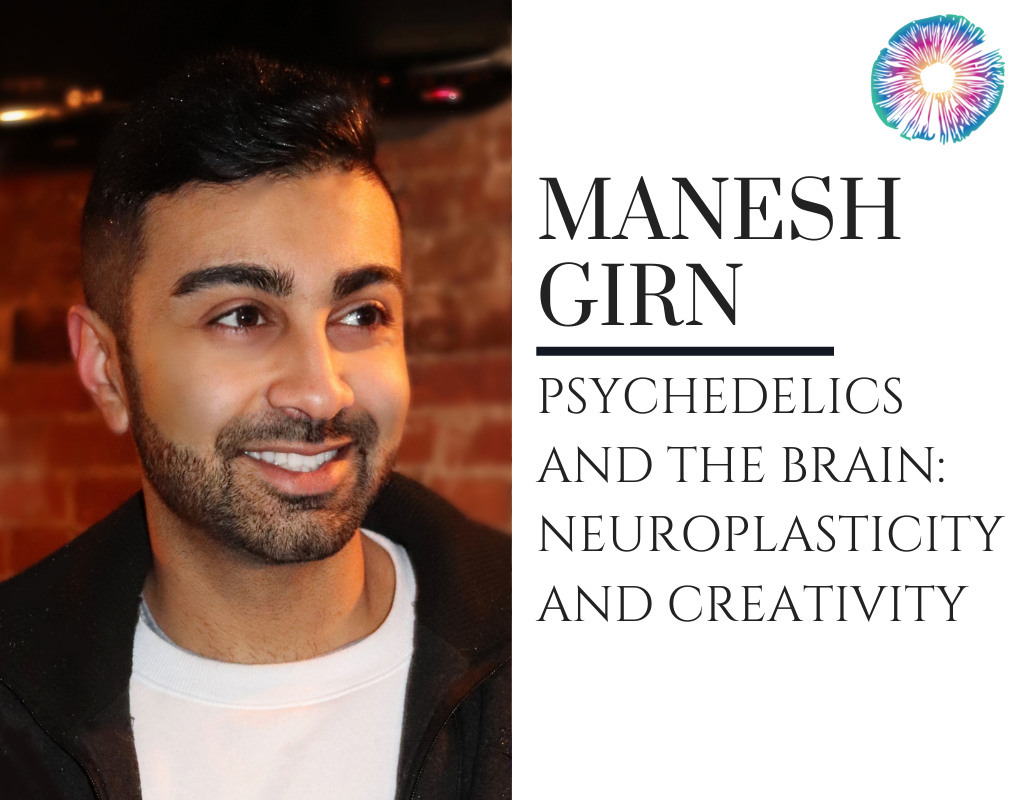 PT258 – Manesh Girn – Psychedelics and the Brain: Neuroplasticity and Creativity

In this episode, Kyle and Michelle interview return guest, Manesh Girn: Ph.D. candidate in Neuroscience at McGill University and co-author of over a dozen scientific publications, most recently on the neurocognitive processes behind creative thinking and the potentiality for psychedelics to enhance creativity.

In this episode, Kyle and Michelle interview return guest, Manesh Girn: Ph.D. candidate in Neuroscience at McGill University and co-author of over a dozen scientific publications, most recently on the neurocognitive processes behind creative thinking and the potentiality for psychedelics to enhance creativity.

Girn explains neuroplasticity and how it relates to the default-mode, salience, and other networks; how his paper maps the similarities between psychedelic mind states, dream states, and different types of thought; the distinctions between objective, subjective, spontaneous, and deliberate creativity; the difference between psychological and cognitive flexibility; how it’s an oversimplification to so strongly attribute ego dissolution to default-mode network interconnectivity, and how psilocybin affected people’s creativity and perceived insightfulness in a recent study inspired by his paper.

He also looks at some philosophical concepts from a scientific perspective: Do we really understand what ego dissolution is? Do ego death and a mystical experience always have to go hand-in-hand? Could a crazy idea that science wouldn’t qualify as “novel and useful” actually lead to both (after integrating the experience)? And is the true benefit from psychedelics in learning how to use the biological benefits of neuroplasticity in harmony with self-analysis and taking consistent steps toward lasting change?

“People are just thinking that psilocybin and LSD might be similar, but the thing with ketamine is that usually, you have to take repeated dosing. The effects maybe last a week, 2 weeks if you’re lucky, and then you [have] to do it again. And that’s because, I believe, in that context, you’re not working through the psychological content that emerged, you’re not making real, lasting change. You’re just getting this little push for a bit, and then you fall back into your patterns. And you get a push and you fall back. And if you want to be cynical, pharmaceutical companies will like that model because that means you’re a returning customer, indefinitely.”

“We’re not just brains that are just disconnected from the external environment, just floating around in our heads. We’re deeply intertwined with the collective, with society, with people around us, with our nutrition, with everything going on. So therefore, taking all of these things into account [is] important, not just: ‘Forget the whole systemic cause for your issue; take this drug and maybe you’ll feel better’ in almost a Brave New World-type way. And that’s the standard way of approaching it a lot of times. So it irks me when they try to put psychedelics into this box too with these different things, which I think often, are just based [on] a fear of altered states and a fear of facing your inner demons a lot of the times. It’s like, why do that when you can take a drug and feel better, artificially?”

“Obviously psychedelics aren’t a panacea that are going to work for everybody and solve everything, but I think what they do do is they draw attention to the need for inner work and the possibility of radical change, of personal transformation. Because a lot of people in their 30s, 40s, and above, perhaps, are like, ‘Oh this is who I am now. This anxiety, this depression, these bad habits: that’s just me. That’s just who I am’, which is a profoundly limiting narrative to take on, but a lot of people have that. And I think not even going through a psychedelic experience themselves, but it’s seeing other people in the media or their friends being able to change; they’re like, ‘Oh, there’s hope for changing and there’s hope for transformation.’”

The Three Pillars of Zen: Teaching, Practice, and Enlightenment, by Roshi P Kapleau

LSD: Doorway to the Numinous: The Groundbreaking Psychedelic Research Into Realms of the Human Unconscious, by Stanislav Grof

Pubmed: Updating the dynamic framework of thought: Creativity and psychedelics

Pubmed: Spontaneous and deliberate creative cognition during and after psilocybin exposure 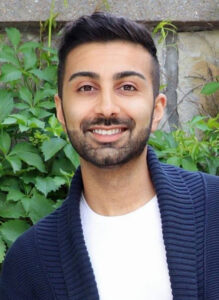 Manesh is a Ph.D. candidate in Neuroscience at McGill University and has been lead or co-author on over a dozen scientific publications and book chapters on topics including psychedelics, meditation, mind-wandering, and the default-mode network. His Ph.D. dissertation focuses on the default-mode network and he is also conducting research on the brain mechanisms underlying LSD, psilocybin, and DMT in collaboration with Dr. Robin Carhart-Harris and others from the Imperial College London Center for Psychedelic Research. In his free time, he also runs a YouTube channel, The Psychedelic Scientist, where he discusses the latest findings in psychedelic science in an easy to understand, but non-superficial form.