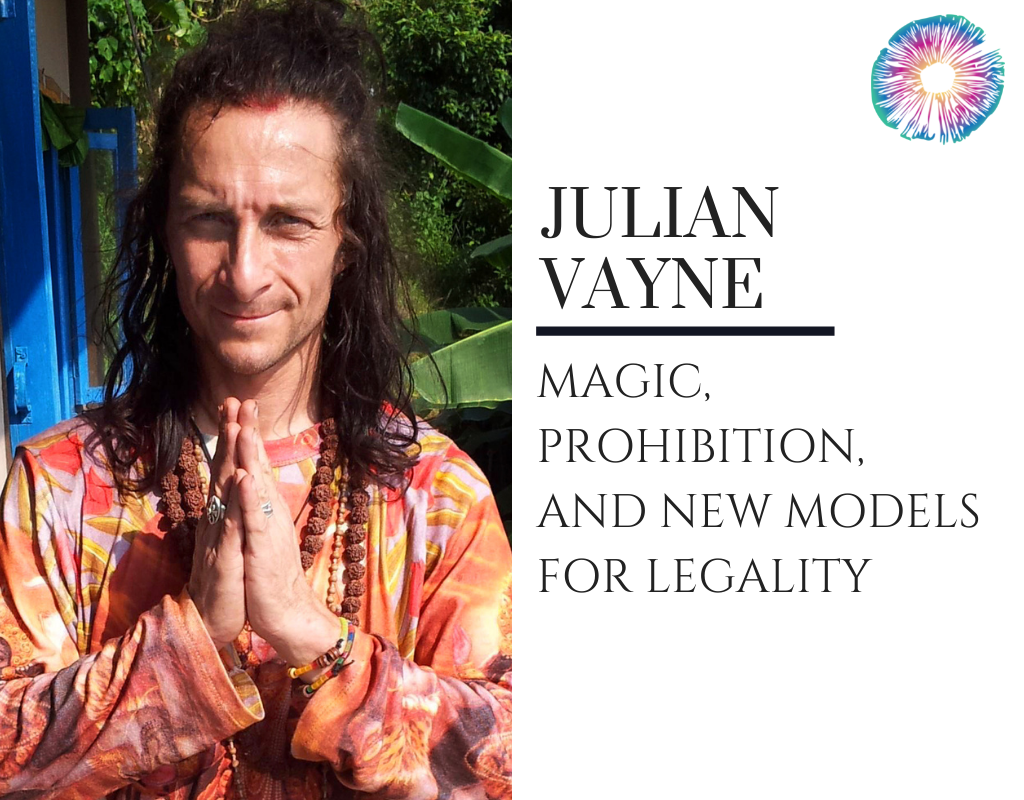 In this episode, Joe interviews psychedelic facilitator, author of Getting Higher: The Manual of Psychedelic Ceremony, and one of Britain’s leading occultists, Julian Vayne.

In this episode, Joe interviews psychedelic facilitator, author of Getting Higher: The Manual of Psychedelic Ceremony, and one of Britain’s leading occultists, Julian Vayne.

While they start on the magic side of things with Aleister Crowley and early mescaline trip reports, they mostly discuss prohibition and new models for legalization, with Vayne giving us a nice window into how Britain has historically handled the drug war, culminating in the era of Spice bringing them to the point where essentially, anything that stimulates your nervous system has become illegal (when there is a clear intention to get high).

Vayne tells his Crowley-mirroring story about being banned from giving a presentation at the Oxford Psychedelic Society for admitting he has used drugs, poses an interesting way to consider drugs and their legality, and ponders how we can get our prohibition-obsessed authorities to not only empower people to make their own decisions, but to also accept that people do these things for fun (and that’s ok). And lastly, he talks about how psychedelics, set and setting, and practiced rituals and traditions all work together as technologies to enhance and inspire a magical experience.

“Once we use terms like ‘illegal drugs’ very frequently, it’s quite important, I think, to unpick some of that language. Drugs, in and of themselves- these chemical compounds, are not and can never be legal or illegal. What’s legal or illegal is whether or not you or I are allowed to possess those things, whether we can manufacture those things, whether we can supply or exchange those things to others. So it’s our behavior that’s about whether it’s licit or illicit, and the substances themselves are ‘controlled substances.’ So there are no illegal drugs. That betrays a misunderstanding of the way these substances are in culture.”

“We say to people: ‘You can smoke weed if you’re feeling really suicidal or if you’re feeling really very ill,’ and moving from that to a point where we can say, ‘Actually, you can smoke weed because you might like it’- that’s a radical thing for Protestant and post-Protestant cultures to go through because our relationship with joy, fun, the body, [and] material substance is deeply wounded.”

“We do have to find a way to intelligently deal with the fact that we live on a planet with all of these substances, all of these medicines of various descriptions and people want to engage with those for all kinds of different reasons. We can’t simply say: ‘This is forbidden.’”

“They don’t need, necessarily, some dude in a crazy hat with feathers on it to tell them what to do, because they know that the mushrooms and the relationship between the mushrooms and their psyche and their evolutionary pathway- that’s where the power lies. …They don’t need to know what the traditional songs of their ancestors are, because this is the traditional song of them, in that moment. And it’s about feeding the flame of the tradition rather than worshipping the ashes of it. And we’re just surrounded by these broken forms and these tiny cultural clues, but with the help of other communities who’ve been less disconnected from this medicine, and also with our own guides and spirits and perhaps a good dose of good fortune, for us to recreate, re-find these things, and to make those fresh and new in every moment and every encounter- that’s the way we’ve got to go with this.”

Getting Higher: The Manual of Psychedelic Ceremony, by Julian Vayne

Win a copy of Getting Higher!

Liber 420: Cannabis, Magickal Herbs and the Occult, by Chris Bennett

Thelancet.com: Development of a rational scale to assess the harm of drugs of potential misuse

Verdict.co.uk: British Sugar cannabis meets the world’s medical marijuana needs — but what about the UK? 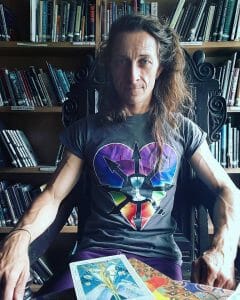 Julian Vayne is widely recognized as one of Britain’s leading occultists. He is an independent scholar and author with over three decades of experience within esoteric culture: from Druidry to Chaos Magic, from indigenous Shamanism through to Freemasonry and Witchcraft. He is a senior member of the Magical Pact of the Illuminates of Thanateros, a co-organizer of the psychedelic conference, Breaking Convention, a Trustee of The Psychedelic Museum Project, a founding member of the post-prohibition think-tank, Transform, sits on the academic board of The Journal of Psychedelic Studies, and has been a visiting lecturer at several British universities. He is an advocate of post-prohibition culture and supporter of psychedelic prisoners through the Scales project. Julian facilitates psychedelic ceremony, as well as providing one-to-one psychedelic integration sessions and support. He is the author of Getting Higher: The Manual of Psychedelic Ceremony, and since 2011, he has been sharing his work through his blog, The Blog of Baphomet.