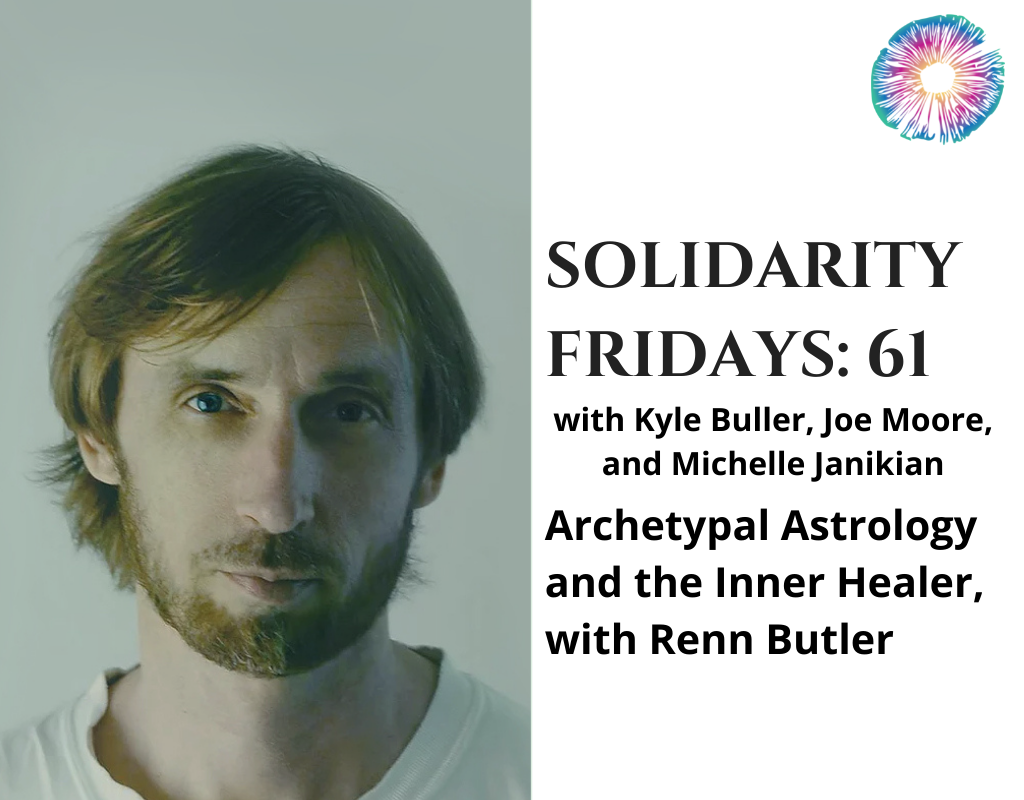 PTSF61 – Archetypal Astrology and the Inner Healer, with Renn Butler

This week’s Solidarity Friday episode is a combination of an interview and the news, with Joe, Michelle, and Kyle being joined by author and holotropic breathwork facilitator, Renn Butler.

This week’s Solidarity Friday episode is a combination of an interview and the news, with Joe, Michelle, and Kyle being joined by author and holotropic breathwork facilitator, Renn Butler.

Butler talks about what has been referred to as the “gold standard of superstition,” the often misunderstood world of astrology, and more specifically, what he calls holotropic, or archetypal astrology: the way alignments between planets correspond to archetypes and experiences that emerge within psychedelic exploration and other non-ordinary states of consciousness. While not a perfect model, he uses these synchronicities to predict the best timing for exploration and the most probable outcomes, which will be featured in an upcoming monthly “Cosmic Weather Report” YouTube series (watch our page). He also discusses the concept of the inner healer, Stan Grof, how to be the best sitter, his upcoming online course on archetypal astrology, and The Beatles.

And with everyone back together again, some news is covered as well: California’s psychedelics decriminalization bill 519 heading to the Senate, the FDA allowing therapists being trained in psychedelic-assisted therapy to try MDMA, and in the “This Mainstream Website is Reporting This?!” Department, People Magazine reporting on Kristen Bell’s psilocybin use for depression.

“[Archetypal astrology] seems to be the only system that can successfully predict the content and timing of experiences in non-ordinary states- like a range of possibilities. We can’t predict exactly what is going to happen, but it’s very useful to have a map when we go on a journey.”

“Stan had to laugh, that after years of unsuccessfully trying to find some kind of diagnostic technique (like the MMPI and the Rorschach test and the DSM categories), when they finally found a technique that could broadly predict the content of people’s experiences in sessions, it turned out to be something that was even further beyond the pale than psychedelics.”

“It’s all about human contact and trust. You just sit back quietly. If the journeyer needs something, then you respond. Otherwise, you stay out of the way.”

“[Bill Burr] just became a dad to his second child, so he’s really trying to work out some of his shit so he can be a good dad, and I thought that was also such a touching story and such a good example of healing these, I don’t know if you want to call it intergenerational trauma, but just healing family situations so you don’t repeat the same mistakes as your parents and you can be a better parent and you can see yourself a little bit more clearly. If this is how we’re going to be talking about mushrooms from now on, I’m here for it. It’s beautiful.” -Michelle

The Archetypal Universe, by Renn Butler

Marijuanamoment.net: FDA Clears Researchers To Study MDMA Use By Therapists Being Trained In Psychedelic Medicine 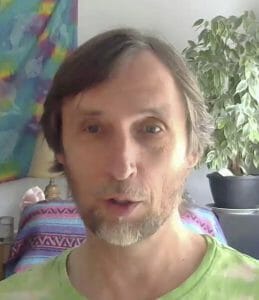 Following a B.A. in English and Religious Studies from the University of Alberta, Butler lived at the Esalen Institute in California for 2 and a half years, where he became deeply immersed in the transpersonal psychology of Stanislav Grof and the emerging archetypal astrology of Richard Tarnas. He completed training as a Holotropic Breathwork facilitator with Stan and Christina Grof in 1989, and has facilitated many workshops in Victoria, Canada. His research includes over three decades of archetypal-astrology consultations and Holotropic Breathwork workshops, and thirty-five years of Jungian-Grofian dreamwork. He has also worked in health care for three decades with physically, mentally, and emotionally challenged adults.