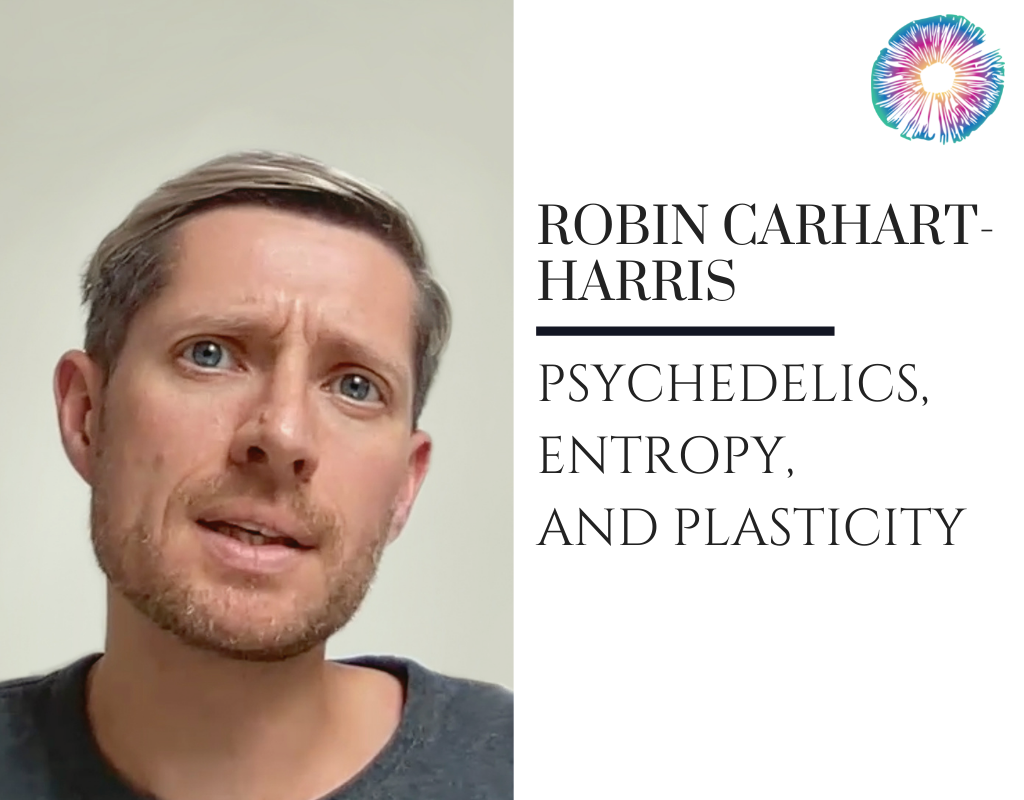 In this episode, Michelle and Kyle interview head of the Centre for Psychedelic Research at Imperial College London, Founding Director of the new Neuroscape Psychedelics Division at UCSF, and psychedelic research legend, Robin Carhart-Harris.

In this episode, Michelle and Kyle interview head of the Centre for Psychedelic Research at Imperial College London, Founding Director of the new Neuroscape Psychedelics Division at UCSF, and psychedelic research legend, Robin Carhart-Harris.

He discusses what inspired his milestone entropic brain/REBUS model research and how psychedelics drop the assuredness we’ve established through our “prediction machine” brains, contemplates how science hasn’t really answered the question of why we fall ill, and dives into plasticity, trauma, germ theory, and the sensitivity of orchids vs. dandelions. He also talks about HPPD, the need to concretize abstract experiences, DMT, how being somewhat of a psychedelic celebrity has affected him, and his thoughts on Compass Pathways and the recent “land grab” and patenting stories that have been making the rounds recently.

Carhart-Harris and his team are currently researching anorexia, psychedelic sub-states (like looping), group ayahuasca use, nature connectedness, and conflict resolution (with MAPS).

“New [drugs] will come out but they’re not really different than the previous ones, and typically, with the exception of ketamine coming on the scene, they’re drugs that you take every day, and they decrease symptom severity but they don’t do that much more, really. And they don’t do that much more than placebo as well. So drugs aren’t very good and clinicians recognize that and patients recognize that, and I think it’s come about because of our failure to answer that question: Why do we fall ill?”

“If the brain is fundamentally a model of its environment, then you can’t understand the brain without understanding the environment and the context that it exists in. So I think any human neuroscientist needs to be, in equal measure, a psychologist.”

“I think it would be useful for people to understand that plasticity, in and of itself, isn’t an intrinsically healing force.”

“[In] the domain of spiritual practice [or] meditation, then maybe a wise teacher might say something along the lines of, ‘Let it be uncertain. You don’t need to hurry an explanation here. Sit with the uncertainty, explore it.’ I think maybe that would be good advice in the psychedelic space because sometimes, there can be an eagerness to explain that can create explanations that are really tenuous, rather than just to say, “Fascinating, mysterious.” You don’t have to concretize it. The classic one, maybe is the DMT experience, where it’s so far out, you’re just thinking, ‘What the hell was that? How does that happen? Where do I start?’ It’s so compelling that the natural thing to think is: ‘I did leave. I went somewhere else. It’s another place.’”

Researchgate.net: The Entropic Brain: A Theory of Conscious States Informed by Neuroimaging Research with Psychedelic Drugs

Mind-foundation.org: The REBUS Model: Understanding Psychedelics’ Effects on the Mind (a good breakdown/explanation)

The Brain’s Way of Healing: Remarkable Discoveries and Recoveries from the Frontiers of Neuroplasticity, by Norman Doidge

LSD: Doorway to the Numinous: The Groundbreaking Psychedelic Research Into Realms of the Human Unconscious, by Stanislav Grof 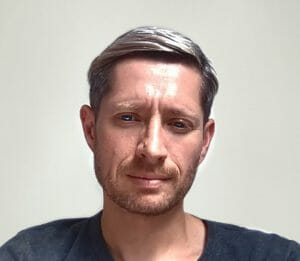 Robin Carhart-Harris is the head of the Psychedelic Research Centre at Imperial College London, focusing on functional brain imaging studies with psilocybin, LSD, MDMA, and DMT. He has over 100 published papers in peer-reviewed scientific journals, including the groundbreaking “Entropic Brain” paper, which explored images of people’s brains while under the influence of psychedelics. He holds a Ph.D. in Psychopharmacology from the University of Bristol, and is the Ralph Metzner Distinguished Professor of Neurology and Psychiatry at UCSF. In July, he is coming to San Francisco to head up UCSF’s new Neuroscape Psychedelics Division.