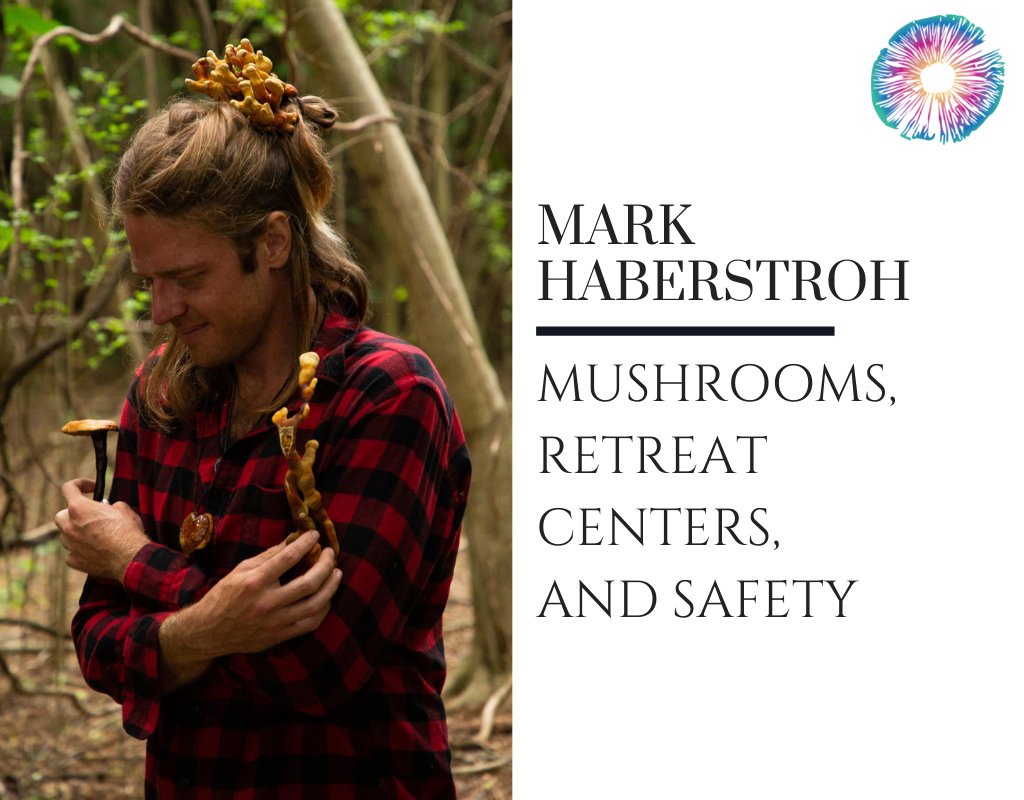 In this episode, Joe and Kyle interview Mark Haberstroh: mushroom enthusiast, contributor to our Navigating Psychedelics course, and in Joe’s words, the “person who has worked at more psychedelic retreats than anyone I know.”

Haberstroh talks about his journey from a liter-of-vodka-a-day “drinking career” to rehab, to finding his calling and spiritual path through a combination of using psilocybin for the first time at a retreat center and later, someone at a festival asking him if he used mushrooms intentionally. He talks about what he’s learned from working at so many retreat centers, from issues he’s had with unwelcome surprises and miscommunication, to ways retreat centers can improve to become more people-focused with more attention paid to the very necessary (and all too often neglected) aftercare piece.

He also talks about the importance of researching retreat centers, how different retreats could be geared towards different intentions, the power of the Lakota Sun Dance, Stan Grof’s theory of perinatal matrices, how integral community is to the healing experience, and the complicated aspects surrounding our collective focus on safety.

“It’s unfortunate, but when people don’t know about these substances, they compare them to the substances they do know, and if I told them I was doing mushrooms, they equated it to heroin and alcohol and other drugs. These things are so different, and people are so set in their ways, not only would they not listen to me, but they wouldn’t even see me. I lost a hundred pounds, I became active and healthy and happy. …Nobody saw that. All they saw or heard was that I was using mushrooms, and to them, that was bad.”

“People ask me about [microdosing] and I’m like, ‘I don’t know. Personally, I don’t get anything out of it.’ We don’t have any data, the placebo effect is really, really strong. But like, whatever. Same thing about spirituality: If you’re happier, healthier, and it’s working for you? Fuck yea.”

“These things have been around forever. We just kind of forgot about them or became afraid of them.”

“I grew up playing video games. And at one of these retreats, I was walking through the woods and was like, ‘Oh my god, I grew up having nature pre-packaged and sold to me for 60 bucks. An ‘adventure,’ and I’ve been ignoring actual adventure in my own life. I need to sell my PlayStation.’”

“It’s a chaotic time right now, but I think we’re also witnessing a real paradigm shift and it’s what we need societally. We need to think about, reevaluate, and revamp the education system, the prison system, [and] the medical model that likes to put band-aids on things rather than getting to the root cause of the issues.” 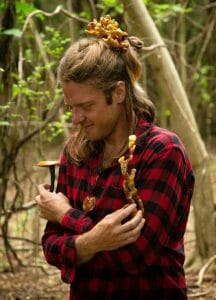 Mark Haberstroh is a self-educated entheogenic specialist and amateur mycologist, working with mushrooms of all varieties for the last 6 years. He has traveled the world, visiting and working for different psilocybin retreats, educating himself on the different models currently being offered in countries where this work is legal. Originally from Alabama, he now lives in Oregon and is attending the School of Consciousness Medicine.