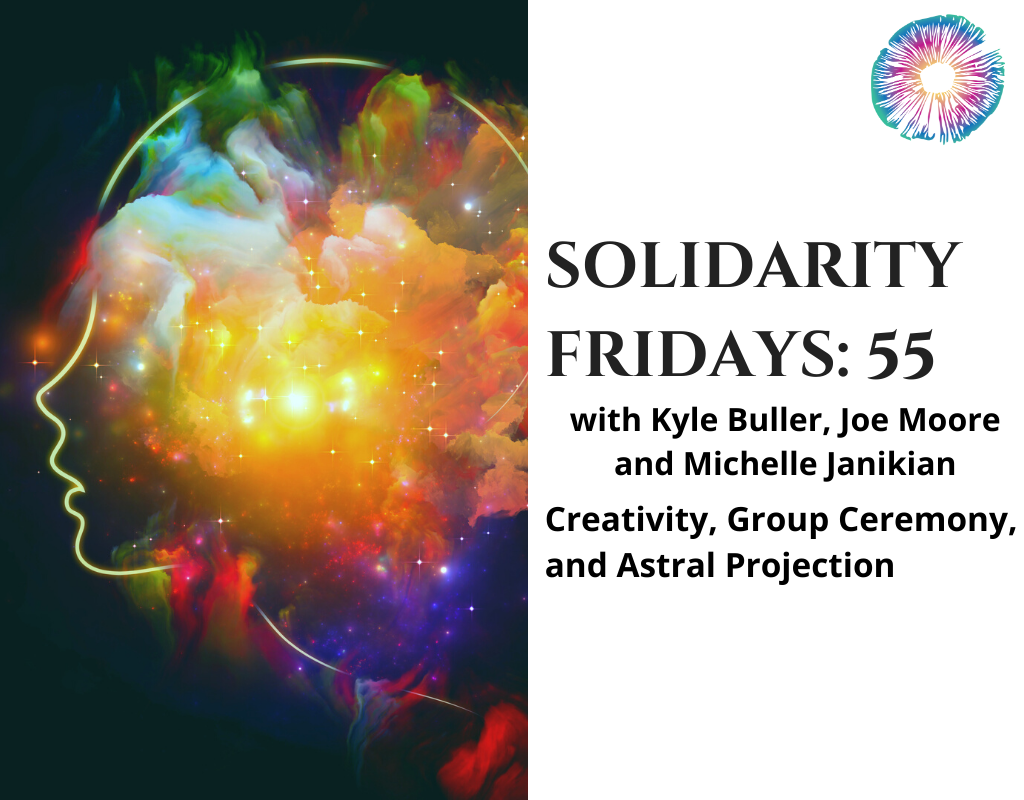 In this week’s Solidarity Fridays episode, Kyle, Joe, and Michelle start out with what’s turning out to be a weekly legalization update (what a time to be alive!), this week highlighting New Mexico and Virginia’s recent legalization of cannabis and Maine representative Anne Perry filing a bill to decriminalize the possession of all drugs. Vacationland, indeed!

In this week’s Solidarity Fridays episode, Kyle, Joe, and Michelle start out with what’s turning out to be a weekly legalization update (what a time to be alive!), this week highlighting New Mexico and Virginia’s recent legalization of cannabis and Maine representative Anne Perry filing a bill to decriminalize the possession of all drugs. Vacationland, indeed!

They then talk about a recent study that proved scientifically that psilocybin increases creativity, and another that analyzed changes in personality after ceremonial group ayahuasca use, which, based on self-report assessments filled out by both participants and informants alike, showed a reduction in neuroticism among participants. This leads to a conversation about the benefits of group work and the importance of more research being done on ceremonial ayahuasca use.

They then discuss Vice’s recent recovering of the long-lost page 25 from the CIA’s report on astral projection, why this was something conspiracy theorists have been clamoring for, and how the self-knowledge aspects of the report relate to psychedelics (other than astral projection being really freaking trippy, man). And they talk about Navigating Psychedelics (which has its next round coming up on May 20th) and remind us that although that’s the one they talk about the most, there are actually several other courses at psychedeliceducationcenter.com worth checking out. Maybe there’ll be one about astral projection soon? This guy sure hopes so.

“It’s nice to see that Virginia is authorizing home grow (up to 4 plants per household) beginning July 1st. I see all these other states being able to offer this besides New Jersey, so… F. U., New Jersey.” -Kyle, who lives in New Jersey

“Human creativity kind of got us here. Human creativity can get us out, and psychedelics can play a huge role in that, if we figure out how to leverage it properly. Let’s not use this stuff to help us get more oil out of the ground or pump more freshwater into single-use plastic bottles. Let’s use it to solve this crisis.” -Joe

“Our culture is set up in this weird way that it’s constantly making us feel bad and that we’re not doing enough. So when we can all be really vulnerable and honest and open in a group, whether it’s with psychedelics or not, it’s so important.” -Michelle

“We can take an analytic approach and tear it apart and try to get to the core of ‘What is this?’  but all humans have this access to this other realm through breathwork, through meditation, through psychedelics, through near-death experiences. And if you’ve ever had that experience, how do you deny it?” -Kyle

Shout out to Marijuana Moment!

Nature.com: Spontaneous and deliberate creative cognition during and after psilocybin exposure

The Exploration of Naturalistically used Ayahuasca and 5-MeO-DMT, by Malin Vedøy Uthaug

Journeys Out of the Body: The Classic Work on Out-of-Body Experience, by Robert A. Monroe

The Men Who Stare at Goats, by Jon Ronson