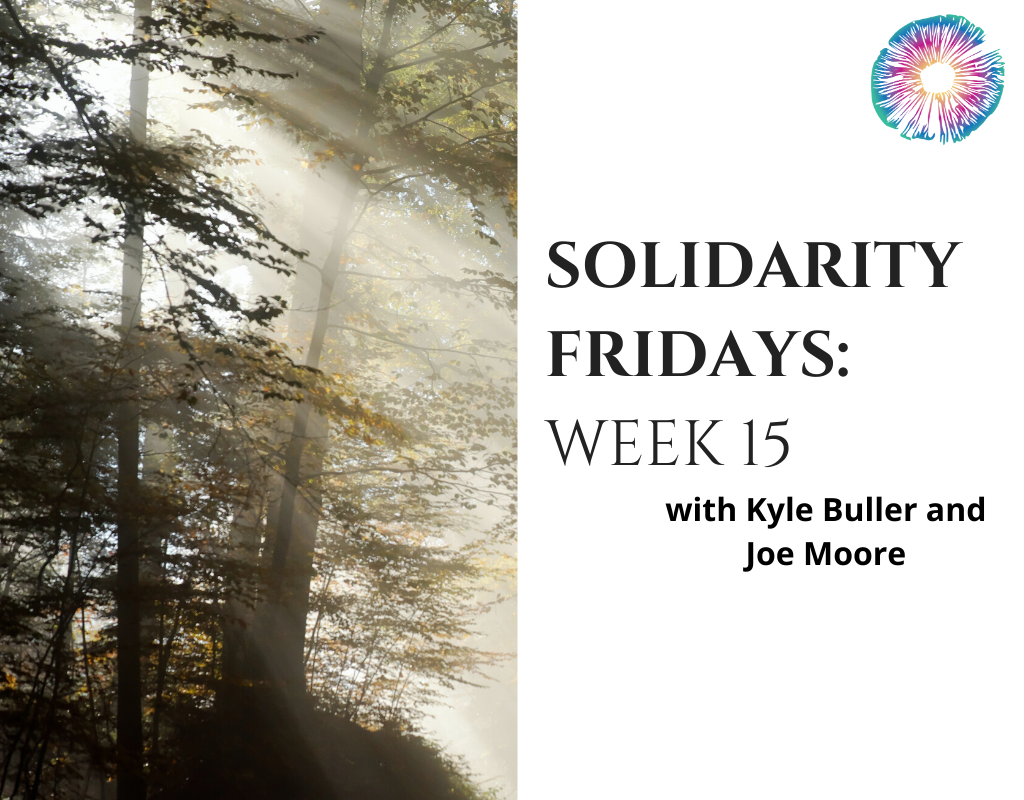 In today’s Solidarity Fridays episode, Joe and Kyle sit down and talk about various topics in the news.

They first discuss Rise Wellness (a company focused on teaching people how to microdose psilocybin)’s recent merger with CannaGlobal and Sansero Life Sciences to become CannaGlobal Wellness, and why many smaller companies are merging, and why Canada may be a hot new destination point for these companies. Joe suggests a new idea of helping people microdose through the use of a transdermal patch.

They talk about psychology today and the idea of no theory being complete without including all perspectives (including psychedelic perspectives), the concept of re-phrasing “what’s wrong with you?” to “what has happened to you?”, a recent student’s theory that schizophrenia may actually be a protection mechanism, Amsterdam-based psilocybin-retreat company Synthesis’ recent $2.75 million funding towards developing an end-to-end professional wellness & therapy platform, and what that means to the community- are these companies focusing on the drug as the crux, or the full therapy picture?

Lastly, they talk about the death of Elijah McClain from a 500-milligram injection of ketamine, using thoughts from past guest and regular administrator of ketamine to patients, Dr. Alex Belser. They talk about how ketamine can be necessary, but how it has unfortunately been used as a weapon for chemical restraint against people of color, which brings about larger questions on whether people should be allowed to hurt themselves or not- what role do physicians, therapists and police officers ultimately have in people’s freedom to do what they want with their bodies?

And just as a reminder, Psychedelics Today is currently offering a course developed by Kyle and Dr. Ido Cohen called Psychedelics and The Shadow: The Shadow Side of Psychedelia. And the next round of Navigating Psychedelics for Clinicians and Therapists will be starting in September, with a new self-paced option.

On William James: “As soon as he found out about other states of consciousness other than the normal waking state, he’s saying that no theory for how the world works is complete unless we include all perspectives. So, like, what is the American constitution when you’re on nitrous or on LSD? What is appropriate political idealogy, given all of these things? Essentially, he’s saying that we’re going to keep developing new tools to understand the universe, and every time we have one of these new tools, it kind of expands the scope of what we need in our theories for how the world works. …Psychedelic states, shamanic states- how do we include that into our worldview to have a complete scientific framework? I think it’s just a never-ending process, and a fun one.” -Joe

“Even the people that I’ve worked with [who] are really really struggling, and I’ve seen medication work really well for them at times, I always come back to: ‘what has this person been through? Do they actually have this thing that science and probably psychiatry would label as a disease?’ …Some of the trauma stuff that’s coming out, the neuroscience, some of the somatics- it’s all kind of merging. And with the help of psychedelics, I’m feeling more optimistic that maybe the field will go into more of a growth, healing-oriented route vs. this pathology [of] ‘sick.’” -Kyle

“With these clinics that are popping up- are you exclusively focusing on the psychedelic experience, or are you trying to focus on the therapeutic relationship, the rapport, the container, the trust that’s developed over time, and really developing that relationship with the client? There’s tons of research that suggests that a therapeutic relationship is the one factor in getting better in therapy. So, as money is coming into this space and more of these clinics are popping up, are you creating a center around therapy, and really thinking about how to bring wellness and work with people in this space, or are just focusing it exclusively on the substance, thinking that’s the change?” -Kyle

Alex Belser’s thoughts on ketamine as a chemical restraint

Is Ketamine the new police weapon against black lives?