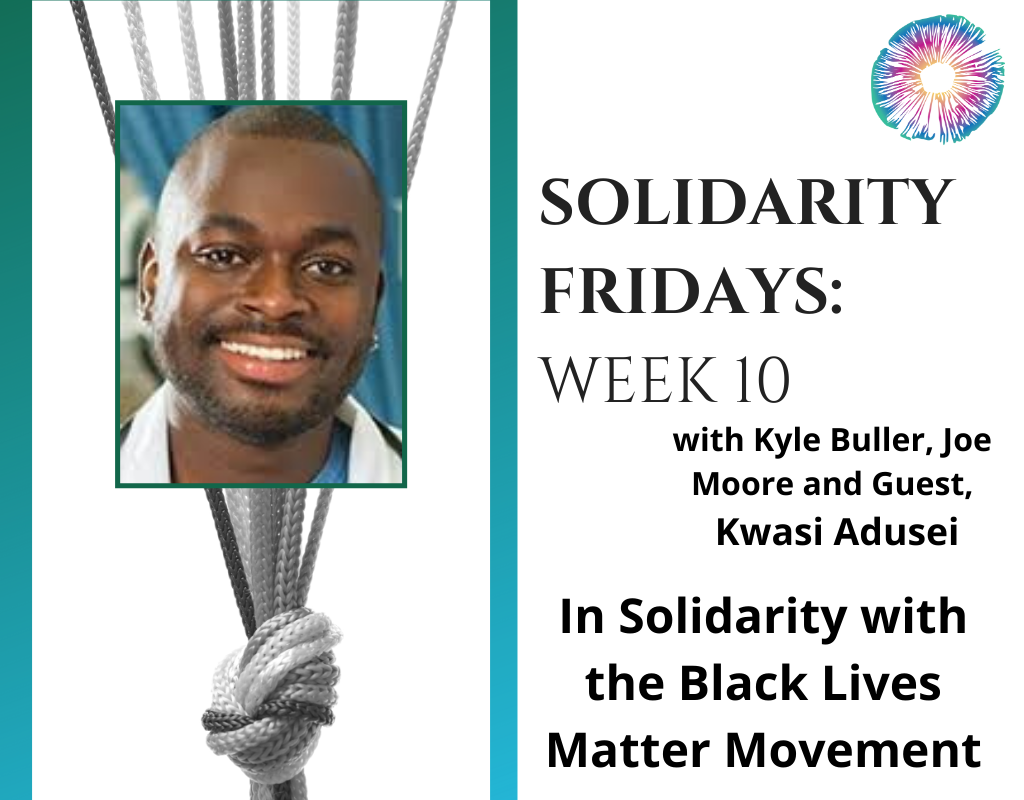 In today’s Solidarity Fridays Episode, Kyle and Joe interview Kwasi Adusei, Nurse Practitioner, and board member of Psychedelics Today. In the show, they talk about the root of protesting, privilege, the country’s leadership, the importance of this conversation and ways to support the Black Lives Matter movement.

Kwasi dedicates his work in the psychedelic movement to altering the stigma in mainstream channels by promoting the science, the healing potential of psychedelics, and civic engagement. Kwasi is a Psychiatric Nurse Practitioner and graduated from the University at Buffalo. He is the founder of the Psychedelic Society of Western New York and project manager for Psychonauts of the World, an initiative to share meaningful psychedelic stories, with the ultimate goal of publishing them in a book as an avenue to raise money for psychedelic research. He is also one of the administrators for the Global Psychedelic Network, a conglomerate of psychedelic groups and individuals from around the world. Born in Ghana and raised in the Bronx, New York, Kwasi hopes to bring psychedelic therapy to communities of color.