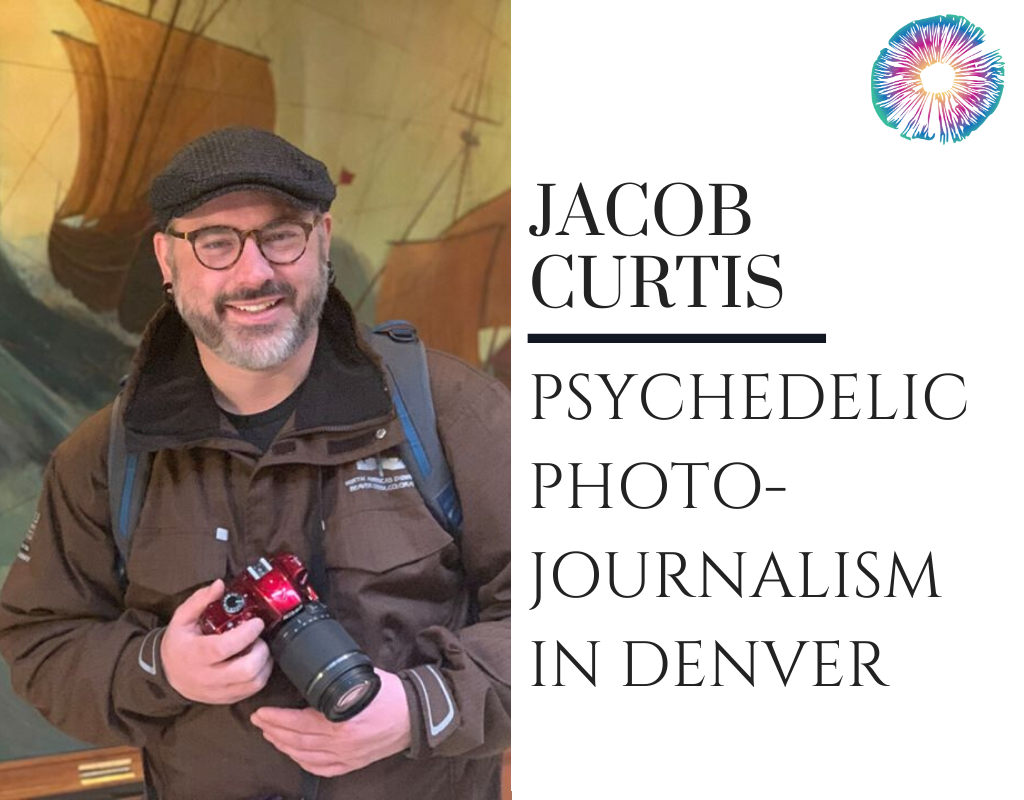 In this episode, Joe speaks with Jacob Curtis, photojournalist at Denver7, a Denver-based ABC affiliate.

In this episode, Joe speaks with Jacob Curtis, photojournalist at Denver7, a Denver-based ABC affiliate.

Curtis covered Alaska’s marijuana legalization in 2014, and as a photojournalist living in Denver, has been at the forefront of the Decriminalize Denver movement, even providing some of the first broadcasted footage of a local mushroom grow.

Curtis speaks about attending Psychedelic Club meetings and meeting James Casey, wanting to be the person to bring this story to the mainstream, and how these meetings and growing interest from the community were ultimately the incubators for the Decriminalize Denver, and later, Decriminalize Nature and #thankyouplantmedicine movements.

They also discuss the National Psychedelic Club (of which Joe reveals he is now on the Board of Directors), Edward Snowden and the dangers of speaking with the media, and advice for how to protect one’s identity, the Telluride Mushroom Festival and documentaries like “Dosed,” the Psilocybin Mushroom Policy Review Panel, new startups in the field like MindMed, the Denver Mushroom Cooperative, MkUltra experiments in Denver, the importance of the #thankyouplantmedicine hashtag, and ultimately, how much Covid-19 has impacted the speed of progress in bringing legalization to the mainstream.

On James Casey: “He was an awesome subject to sort of wrap the story around, and he was the perfect poster child because he had all the right ingredients- he was a veteran, really well-spoken, and just pretty straight-laced.”

“It is interesting to watch, how the media sort of responds and works with stories that are on the fringes and then move slowly towards the mainstream.  It’s one of those things about our culture- it bends and shifts.  The times change and what was radical 10 years ago is normal now.”

“We’ve had so many huge events that have taken place in our lifetimes that this kind of seems trivial… it’s not the highest priority anymore after we had the 2000 election, September 11th, the Iraq war.  Those things [psychedelics] aren’t as high on the list of things that we are supposed to be worried about anymore.”

“I don’t think that we’re going to shy away from talking about psychedelics after a catastrophic virus collapses the world economy.  It’ll be an easy topic.”

On #thankyouplantmedicine: “I don’t think there was necessarily a hashtag for drug policy reform that has been a conscious effort like that before, so it definitely gained some attention… If anything, it brought people together.  If it didn’t get this big media splash, it definitely helped grow the network.”

Jacob is a photojournalist at Denver7, a Denver-based ABC affiliate.  He has been at the forefront of the Decriminalize Denver movement, even providing some of the first broadcasted footage of a local mushroom grow.