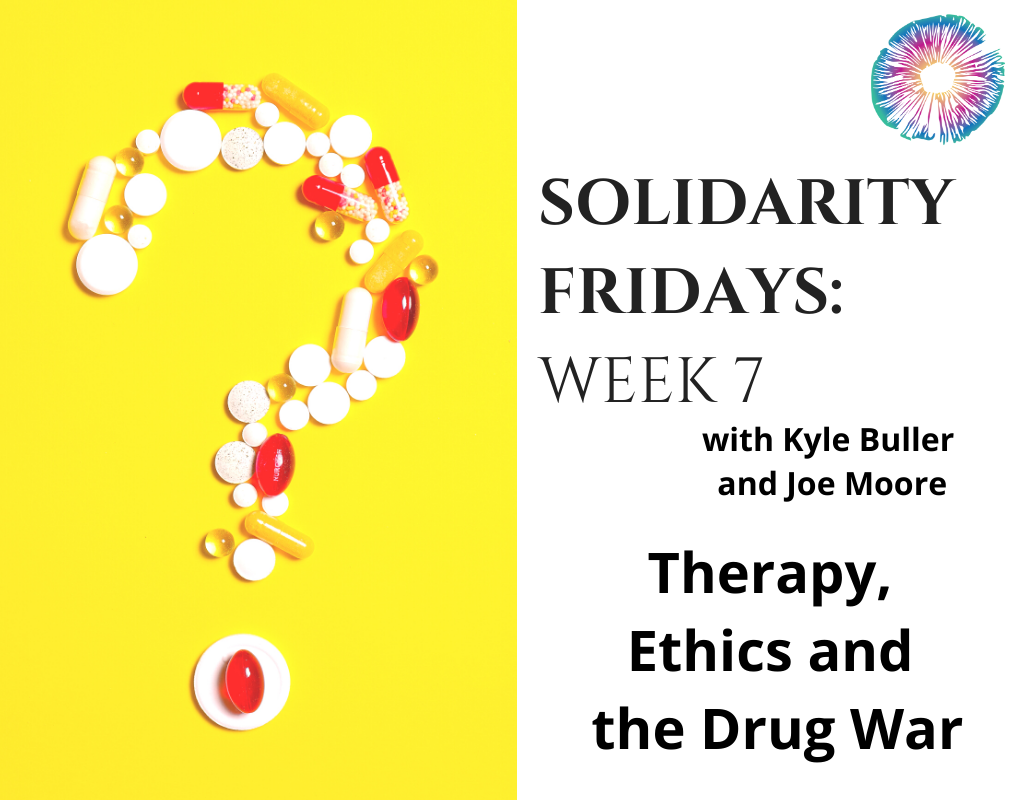 In today’s Solidarity Friday’s Episode, Kyle and Joe sit down to talk about therapists being unprepared to talk to people taking psychedelics, the drug war and more.

In today’s Solidarity Friday’s Episode, Kyle and Joe sit down to talk about therapists being unprepared to talk to people taking psychedelics, the drug war and more.

Therapists Are Unprepared to Talk to People About Taking Psychedelics