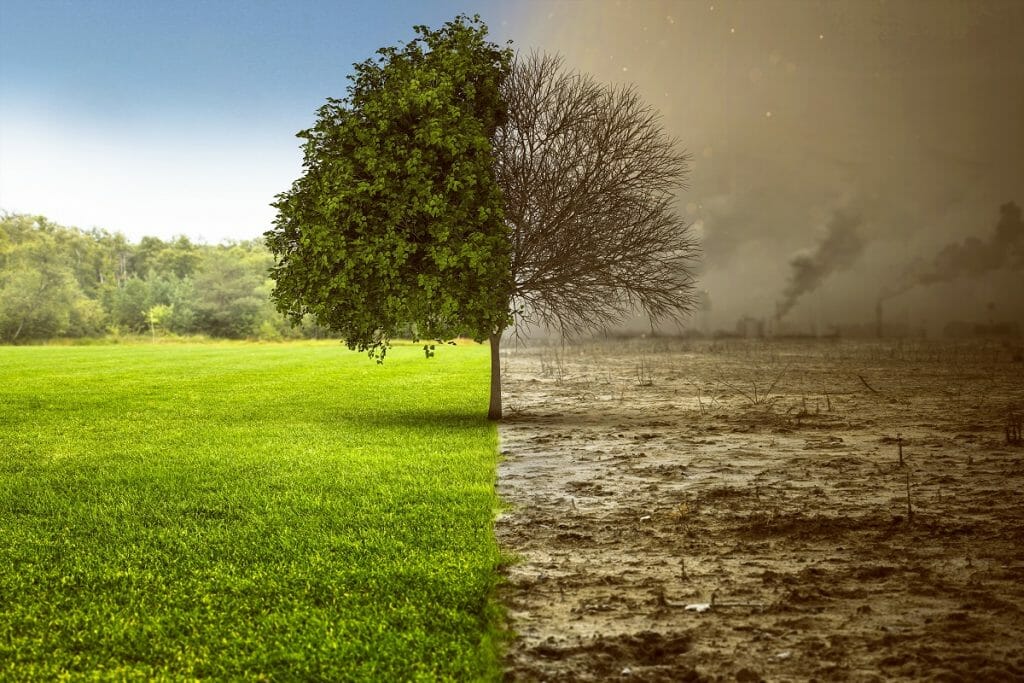 Extinction Rebellion has become the most well-known climate justice movement in history.

With over 100,000 members and worldwide protests regularly attracting crowds of thousands, XR aims to use non-violent civil disobedience to share their message: political leaders are not doing enough to protect the world from climate catastrophe.

Now the XR hourglass logo can be seen dotted around most major cities, and local groups are catalyzing a global revolution.

Extinction Rebellion began as a collaboration between climate activists who were becoming disenfranchised by the slow progress of their protest efforts. And uniquely, its roots are deeply set in the world of psychedelic plant medicines.

The Psychedelic Origins of Extinction Rebellion

Gail Bradbrook, one of the original co-founders of Extinction Rebellion, has been very transparent about the psychedelic influences behind her decisions.

Having been involved in climate activism for most of her life, Gail was feeling like nothing was working. Speaking at this year’s Breaking Convention in London, UK, Gail described how she prayed for “the codes to social change” during an ayahuasca retreat in Costa Rica. Gail also took iboga and kambo, alongside ayahuasca, during her time there.

In her talk at Breaking Convention, Gail described the immediate lessons she learned from the West African plant medicine iboga, which told her: “Gail, you create your own reality!” The notoriously uncomfortable iboga experience eventually gave way to Gail feeling all her negative thought patterns being gently removed by a grandmotherly figure.

It was in an ayahuasca ceremony that Gail asked the specific question about where to go next with her activism. The Amazonian psychedelic brew, typically associated with intense physical purging, is often taken by people in search of otherworldly wisdom. “I was praying for guides, and allies, to know that people would have my back.” Although she received no immediate answers, Gail was aware that “ayahuasca is mysterious, and her gifts come later.”

One month after her ayahuasca ceremony, Gail met with activist Roger Hallam, and they talked for hours about the latest research into activism and revolution. It ended with Roger saying “What you’ve got here, Gail, are the codes for social change.”

Disobedience was the foundation of these codes, and it directly led to the philosophy of Extinction Rebellion. “It’s only by being disruptive that you get people to have a conversation about an issue,” says Gail. During the press conference at Breaking Convention, Gail called for mass psychedelic disobedience, “where we take [psychedelic] medicine to tell the state that they have absolutely no right to control our consciousness and to define our spiritual practice.”

Gail’s calls for psychedelic law-breaking are a distinct contrast to the mainstream stance of the psychedelic community, who are mostly seeking the medicalization of psychedelic compounds, the first wave of which could come within the next ten years.. Gail has responded to this by saying “We don’t have time to wait for the science. […] Society will have collapsed by then. Why mess around behaving ourselves?”

Psychedelics Can Shift Our Relationship With Nature

Although the Extinction Rebellion organization has no official stance on psychedelics, there’s good reason for XR to be interested in their potential. We know that psychedelics can help to change the way we see ourselves and our position in the world.

People who have more lifetime experience with psychedelics are more likely to feel a connection to nature, and be more environmentally friendly (such as reducing water usage and recycling) compared to others. Even when other personality traits linked to environmental behavior – such as conscientiousness and liberal morals – are taken into consideration, this finding stands up.

These findings are important because our detachment from nature is arguably a large part of why humanity has caused the climate and ecological crisis we find ourselves in. As Daniel Quinn explains in his book Ishmael, the modern narrative of our inherent disconnection from the natural world is a pervasive philosophy that has convinced many of us that humanity is a lost cause.

One chance we have to reject this philosophy is through psychedelics. Science has now confirmed that psychedelics have the potential to change our perspective of the natural world. And any psychedelic journeyer can testify about their power to remind us that there is no such thing as humanity outside of nature.

A Return to Animism?

It’s not just the psychedelic experience itself that can bring us into an awareness of our true place in the natural world, but also the traditions that can accompany it.

Most cultures that have developed alongside psychedelic plant medicines are fundamentally animist societies. This means that they believe every living thing in the world has a spirit, or soul. In other words, every being is just a human in another form; another life.

Animism takes interconnectedness to be the very core fact of life. Although animist societies are not immune to greed, corruption, homophobia or misogyny, in general they appreciate that these actions have consequences. These cultures, though often flawed, very rarely destroy their lands, and they understand that their existence relies upon the wellbeing of their surroundings.

The concept of animism is also starting to enter mainstream Western thought, as our growing understanding of quantum physics points towards consciousness being something of a big deal. The philosophy of idealism, adapted to fit our quantum view of the world, could be about to see a surge in popularity among Western thinkers and scientists. Animism could soon see a resurgence in Western culture.

Westerners often end up taking psychedelic plant medicines within animist cultural contexts, as the most experienced shamans and practitioners usually come from these traditions. This means that psychedelics present a unique opportunity – not just for the encounter with one-ness they can induce, but for the animist wisdom they can bring us into contact with.

Is an increased connection to nature enough to catalyze widespread social change? Could this be enough to combat the climate crisis?

Gail Bradbrook does not think that this should be our focus. She feels that although changing our relationship to nature will be crucial in order to build a less destructive society, it would be a process requiring “many centuries of work.”

Plant medicines have already catalyzed the formation of Extinction Rebellion. Now, they may be used as an expression of cognitive freedom. And ultimately, they could be a route towards a society that accepts its place in a global ecosystem.

Patrick Smith, PhD, is a biologist and science writer. He has been working in the psychedelic space for the past five years. He currently writes for EntheoNation.