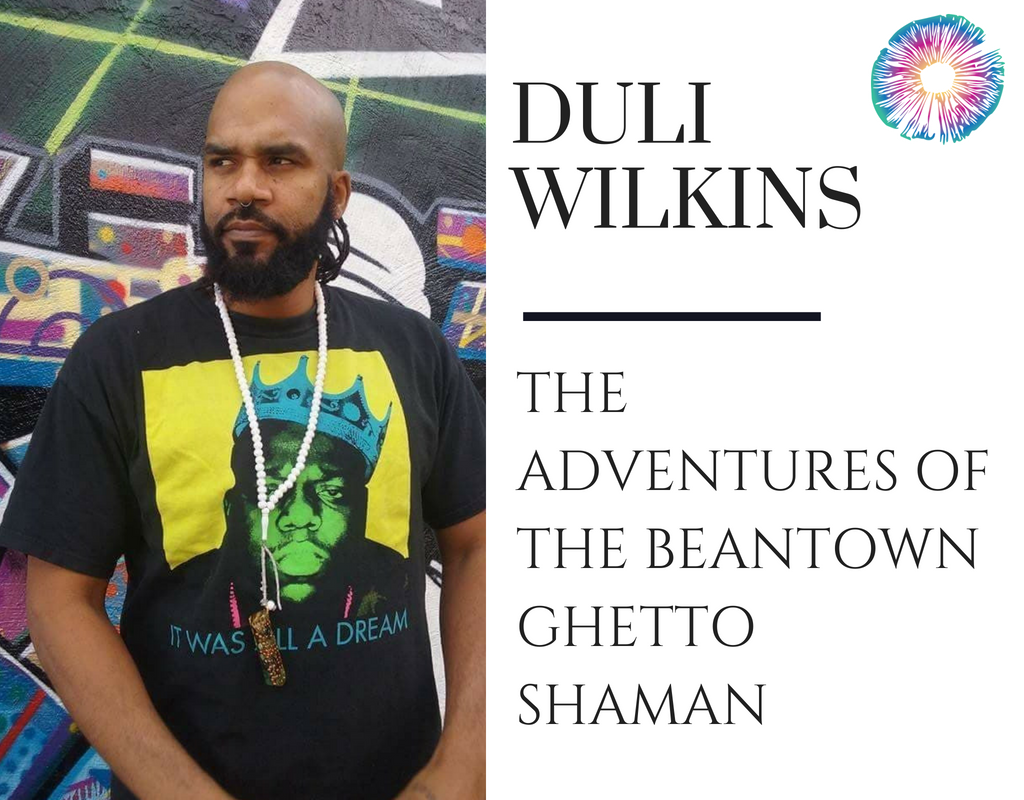 During this episode of Psychedelics Today, your host Kyle Buller interviews Duli Wilkins, aka the “Beantown Ghetto Shaman” about his work and future plans. In this conversation, Kyle talks to Duli about his work with sacred plant medicines, how he got involved in this type of work, and also explore the topic of people of color and diversity in the psychedelic world. Abdul K. Wilkins a.k.a Duli Tha Beantown G.H.E.T.T.O (Gifted. Hearts. Equal. Towards. Total. Oneness) Shaman is a Boston Native…He grew up in the Inner City of Roxbury where he overcame an environment of gang street violence, neighborhood drug abuse, and police brutality! Duli was influenced at a young age by both of his parents in the interest of spirituality, mysticism, natural healing etc.

While attending College at Northeastern University he had a very mystical experience with psilocybin mushrooms and has been using mushrooms and other psychedelics as a tool for healing and conscious awareness ever since! He is a father of 2 and does massage therapy and natural healings in his community!