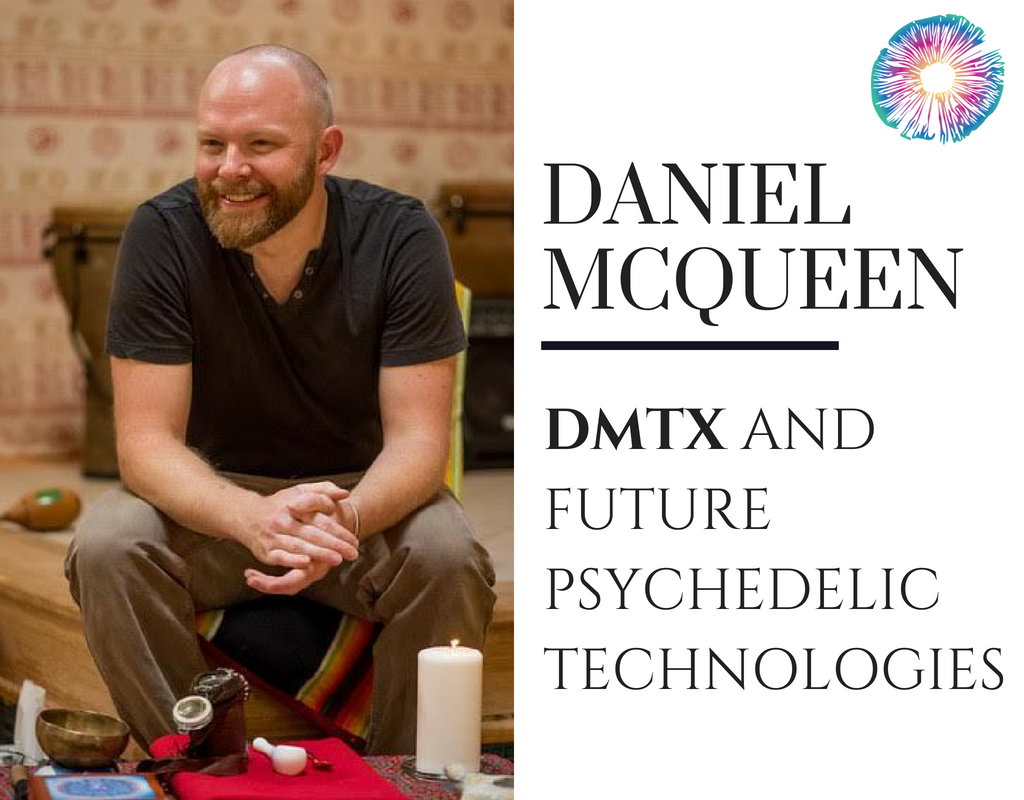 Daniel discovered meditation and spiritual practices at twelve and has been interested in exploring inner states ever since.  He apprenticed under a number of shamanic teachers and has been a practicing intentional journeyer for over 16 years.  For Daniel, working in the professional field of Cannabis and Psychedelics isn’t a career interest, but represents a core identity and life calling.  Finding a place to honor such a life calling within a world that has until recently prohibited it has been an interesting challenge.

After graduating from the University of Arkansas with a degree in Communication, Daniel traveled down a many forked and unmarked road through the wild terrain of political activism, corporate accountability research and campaign finance reform for many years in Washington, DC.  Disillusioned by the city, he moved to Florida and opened a small meditation center to explore grassroots community organizing before moving to Boulder, CO and returning to school at Naropa University.

Daniel earned a Masters Degree in Transpersonal Counseling Psychology from Naropa and received advanced training in MDMA-assisted psychotherapy through a year internship with the MAPS Boulder MDMA for PTSD Study.  It was his experience with MAPS that inspired Daniel to explore alternative visions in cannabis and psychedelic activism and entrepreneurship.

Daniel bridges transpersonal paradigms with the grounded clinical and organizational skills necessary to begin addressing the significant ecological and mental health crises facing our society today.  Although Daniel no longer practices as a clinical psychotherapist, he supports his clients as a teacher, coach, ally and event facilitator, providing individual and group transformational experiences and deeply held intentional conversations.  In his practice, Daniel quickly realized that the most important intervention he could provide to his clients, who were isolated and longed for meaningful contact with others, was a sense of community.  Medicinal Mindfulness is, in a very real way, a cultural intervention that provides a safe and transformational community container for healing and awakening… a program based on skill development and not dogma.  Since 2012, Daniel has been teaching a psychedelic harm prevention and intentional psychedelic use course called Psychedelic Sitters School.  Since the legalization of recreational cannabis in Colorado, he has been facilitating group journey experiences called Conscious Cannabis Events and guiding individual cannabis journeys.

In addition to his work with Medicinal Mindfulness, Daniel has a successful spirituality and life coaching practice with his wife, Alison, through their company, Aspenroots Counseling LLC.  Highly skilled in identifying and cultivating giftedness in young people and supporting significant life transitions, Daniel is inspired to support passionate and talented individuals striving to live into their calling.  A primary focus of his practice involves assessing and addressing the benefits and difficulties related to psychedelic and cannabis use and misuse.

Daniel co-founded the Naropa Alliance for Psychedelic Studies and helped organize the first annual Psychedelic Symposium at Naropa University in 2012.

Medicinal Mindfulness is a grassroots consciousness community/membership organization and education program that supports individuals and groups who choose to use cannabis and psychedelics with intention.  Founded by Daniel McQueen, MA, and his wife, Alison McQueen, MA, our community has come together to provide an enjoyable, safe, open and affirming space to share transformational cannabis and breathwork experiences.

We use clinically informed, mindfulness-based approaches within a somatically oriented, transpersonal and community paradigm to create an holistic (mind, body, spirit) process that initiates powerful transformations in healing and personal development.

Services are available for individuals, couples, families and groups.

Given the common misunderstandings and concerns that accompany the field of psychedelics and cannabis harm prevention and advocacy, we are committed to making ourselves available to public service and safety professionals to answer questions regarding psychedelic and cannabis harm reduction programs.

Get Your Free Preview!