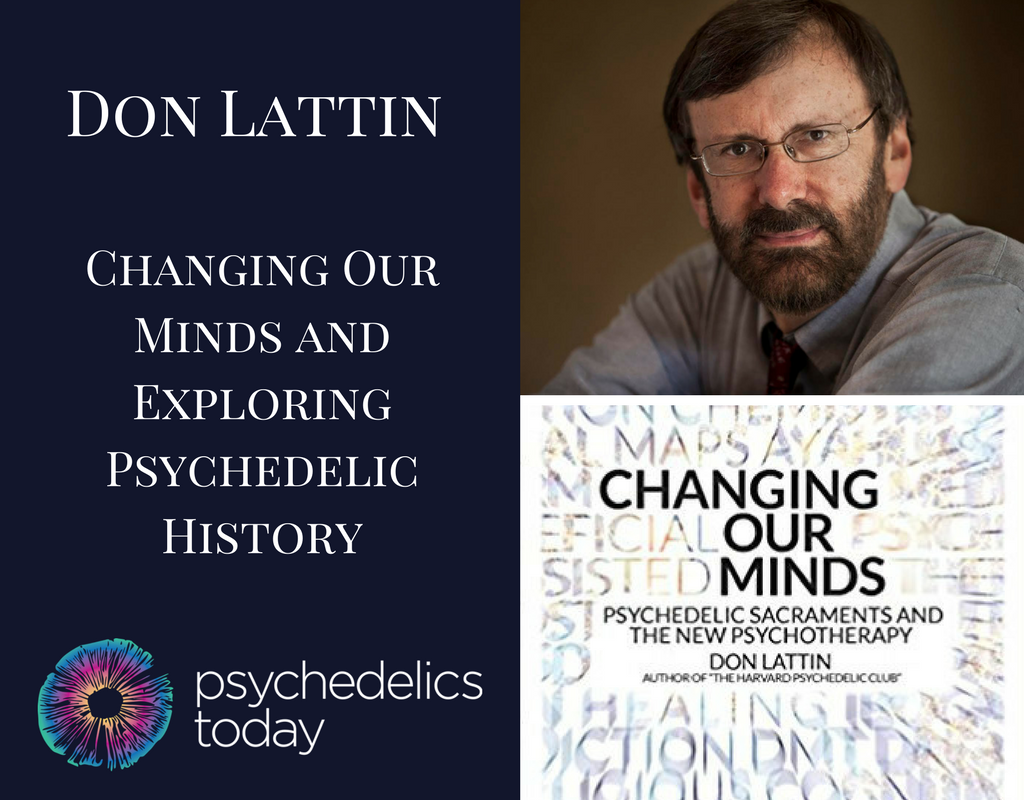 New York Times bestselling author, Don Lattin, joins us on Psychedelics Today to talk about his new book, Changing Our Minds: Psychedelic Sacraments and the New Psychotherapy. Lattin’s new book covers the current psychedelic renaissance by exploring the scientific and academic research examining these powerful substances for an array of mental health issues, spirituality, and more.

In this episode, we explored psychedelic history, Don’s new book, some personal experiences, and more.

Changing Our Minds is an essential read for those interested in the expanding field of psychedelic research for therapeutic and spiritual uses.

CHANGING OUR MINDS is an experiential tour through the social, spiritual and scientific revolution that is redefining our relationship with mind-expanding substances. It tells the inspiring and very human stories of pioneering neuroscientists, psychotherapists, shamans and ordinary people seeking to live more aware and compassionate lives by combining the miracles of modern chemistry, therapeutic techniques and the wise use of ancient plant medicines.

A new era of research into psychedelic-assisted therapy has begun. Party drugs like Ecstasy (MDMA) are used to help U.S. veterans struggling with the psychological aftermath of war. Psilocybin, the active ingredient in magic mushrooms, is employed as a medicine to help alcoholics get sober and cancer patients struggling with the existential distress of a life-threatening illness. Meanwhile, the use of the ayahuasca, a shamanic brew from the Amazon jungle, has grown into an international movement for those seeking greater spiritual and psychological insight.

Changing Our Minds is the essential primer for understanding and navigating this new consciousness-raising territory.

Don Lattin is an award-winning journalist and the author of six books.

His most recent work, CHANGING OUR MINDS – Psychedelic Sacraments and the New Psychotherapy, was published in the spring of 2017. It chronicles a quiet revolution underway in our understanding of how psychedelic drugs work and how they can be used to treat depression, addiction and other disease. The stories behind this cutting-edge medical research and religious exploration reveal the human side of a psychedelic renaissance.

Changing Our Minds is the latest installment in a trio of books about the recent history and future prospects for finding beneficial uses for drugs and plant medicines like LSD, psilocybin, MDMA, and ayahuasca.

Don’s previously published work is titled DISTILLED SPIRITS — Getting High, then Sober, with a Famous Writer, a Forgotten Philosopher, and a Hopeless Drunk. It’s a memoir/group biography that looks at how writer Aldous Huxley, philosopher Gerald Heard, and Bill Wilson, the co-founder of Alcoholics Anonymous, opened new doors in Western religious thought

Distilled Spirits is a prequel to THE HARVARD PSYCHEDELIC CLUB — How Timothy Leary, Andrew Weil, Ram Dass, and Huston Smith Killed the Fifties and Ushered in a New Age for America. It was a national bestseller and won the 2010 California Book Award, Silver Medal, for non-fiction.

Lattin’s journalistic work has appeared in dozens of U.S. magazines and newspapers, including the New York Times, Wall Street Journal and the San Francisco Chronicle, where Don worked as a staff writer for nearly two decades.

His other books are JESUS FREAKS – A True Story of Murder and Madness on the Evangelical Edge and FOLLOWING OUR BLISS – How the Spiritual Ideals of the Sixties Shape Our Lives Today. He is also the co-author of SHOPPING FOR FAITH – American Religion in the New Mil-lennium

Don has taught as an adjunct faculty member at the Graduate School of Journalism at the University of California at Berkeley, where he holds a degree in sociology. He is a contributing writer for the Encyclopedia of Love in World Religions and the Encyclopedia of Religion in America. 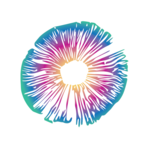