Interview with Brian Normand: Psymposia Magazine and How to Get Involved 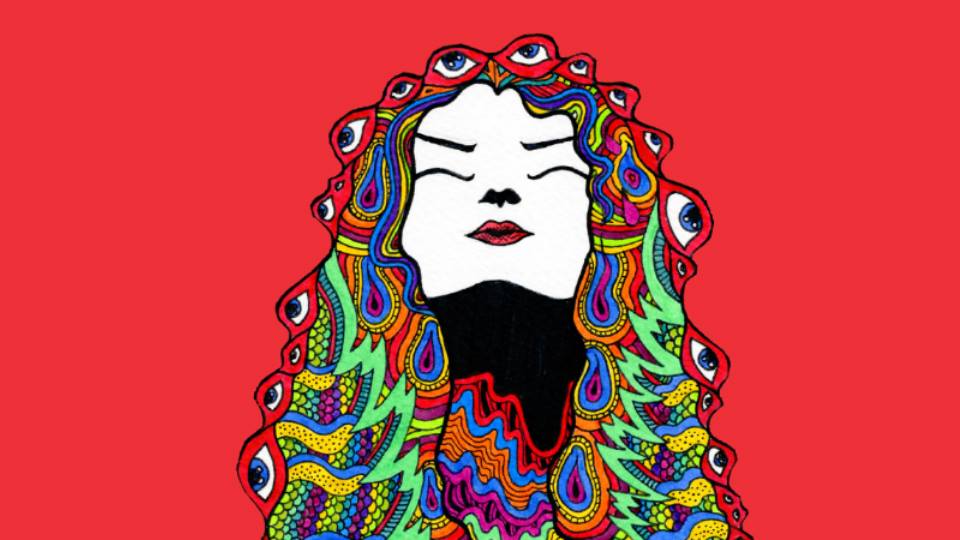 Kyle and Joe chatted with Brian Normand, Co-Founder of Psymposia, about the development of Psymposia and the online magazine that they have launched. This is a small portion of the interview.

Brian: The Magazine is going deeper than what we would at events… The magazine is our tool online. It is for doing the work online and connecting with different groups, such as DanceSafe, who will have a column in the magazine. The magazine allows us to really reach out to people very far away. We have an article coming out, “What is Marijuana and Psychedelics Like in Hong Kong.” We have one coming out in Sweden. We have one coming out with a bunch of activists down in Mexico. So, it is really allowing us to reach out much further.

Also, something that we would really like do since we are thinking about this stuff [psychedelics] all the time — we find that when we are talking to other people and amongst ourselves, we are starting to think of new questions that are coming up… We are trying to look at these new questions, “What is regulation going to look like? What is legalization looking like in the United States? How does it differ between each state?” We are trying to tackle a lot of social concerns.

Over the last couple years, you are starting to see so many mainstream publications come out with psychedelics now. It is a daily basis now at this point. And you know they all start out with the same thing, “Ayahuasca, this Amazonian brew, it contains thing called DMT.” That is not our approach to things. We are trying to do a little bit beyond that. We are assuming that the people who are reading this are into this, they know those things, they know that MDMA is also known as ecstasy.

Kyle: That’s awesome. I think that’s what Joe and I are trying to do with this project as well – push pass some of those major headlines that might be repetitive if you are interested in this stuff or if you’re a student researching. It seems to come back to the same old thing. I always appreciated going to conferences and having these side conversations with people, they were always so rich and full of great ideas.

Brian: Absolutely. We want to cover conversations that we would actually find ourselves having when the speaker comes off the stage. You know, in the hallway or the back of the room. Those conversations, that’s what we want to talk about.

Kyle: I am on the website right now and I want to read this one headline. “A Narc Gives a Priest LSD,” The story begins, “He says ‘Ralph, have you ever done LSD?’ Of course, my dad’s speaking to a policeman, and it’s the 70’s, and my dad hadn’t done LSD.” That sounds like a really great story to read. How are you finding these stories? Are people just submitting them?

Brian: Yeah. I think that is one of the best stories we’ve had. That story is from our friend, Danji, who is in Montreal. I am not going to explain that story, but it is awesome.

For the stories, we are taking some of the stories that we have done live and transcribing them, including the video with them, but we are also taking submissions from people who have an interesting perspective on something. We recently just got a new psychedelics story editor who works with people on developing their stories, and we are going to come out with a series of stories who have been in the Hopkin’s studies. Mike is working on that. I read one of them, and it is a beautiful story.

If you have a cool story, you can send us an email at hi@psymposia.com and we are happy to take a look at it. We also do the live events too. For the live events, we get stories and we schedule a handful of speakers. I’d say we schedule about two-thirds of the speakers and then we leave a one-third open to pitch a story to Lex. We like to keep that open because that can produce an element of going any direction. That is really good. We have got a lot of amazing stories that way as well.

Kyle: Where do you see the future of this magazine going?

Brian: I think it is going to be awesome. We are putting a lot of work into it. It’s like that first event we did. We didn’t know what we were doing and all of a sudden, we had a hundred people coming out. With the magazine, we just want to set the intention to make something really awesome that discusses these things (psychedelics) and talks about these things (psychedelics), networking with other people and groups. We have received a lot of submissions. We also have had a lot of people who want to edit and want to write for it. We want to come out with high quality articles, maybe stuff that has a little bit of a different angle on things and we are going to be launching a Patreon/crowdfunding campaign very soon.

We are also interested in other people who may be interested in funding the magazine and taking it to the next level. We see a lot of potential with it and we have been getting a lot of great support.

Kyle: There are a lot of people that may want to get into the field of psychedelics, especially as they are starting to become a little bit more mainstream with articles popping up all over the place. You guys have not taken the counseling or Ph.D route trying to do science with psychedelics.

Do you have any tips about how to get involved in the field?

Brian: We get asked this pretty often, “How can I be involved in something?” I don’t really have an answer for that. This field is much wider than just psychotherapy or just the clinical avenue. You can do million things. I think that’s what is the most interesting thing about the psychedelic field or being involved in psychoactive plants. It is very interdisciplinary. I think that’s why this field is so fascinating. It is made up of people all over the spectrum. There are therapists, artists, musicians, research organizations, drug policy people, cannabis people, there is the harm reduction people. I think whatever your interests is, if you believe in the work, then I think you can make it for yourself if you pursue your passion.

Check out the full interview with Brian Normand

In this week's episode, Joe is joined by Kyle, calling ...
Read More

PT382 – The Body & Catharsis: Do We Need Psychedelics or Just Better Lifestyles?

For this week's episode, we had plans for a guest ...
Read More